03:40 is way too early for anything.  There really is nothing that should be going on at that hour.  Period.  Ever.

Unless you are a runner.  Then it means you are already into your coffee and trying to cram some calories into your still half-asleep face, while hoping that your body wakes up enough so that you can go to the bathroom before you have to use a port-o-potty at the race venue.

Those are always gross.

Something about thousands of sweaty people using the same bathrooms really teaches you how to make sure you can go before the race.

This is what I look like before a race.  It is not pretty at all. 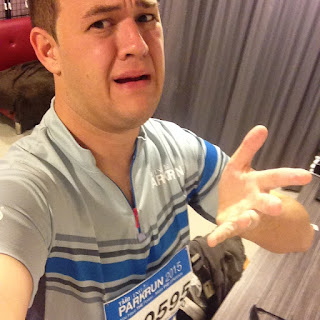 This is me questioning my sanity for being up that early in the morning.  I think it really sums up how anyone who gets up at that time feels.

Without any more complaining or explaining the timing of bathroom trips, the run was set in a very beautiful park, and while it was supposed to take place at 05:30, the 05:55 start time still allowed for me to finish it before it got too hot.

This is Thailand, it gets hot as soon as the sun comes up. 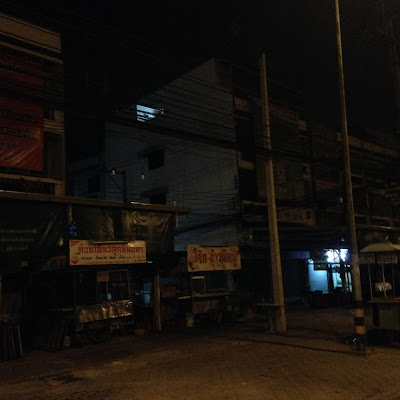 That picture shows just about the only time of the day where you are not going to be sweating.  That is 04:00.  I am going to guess it was in the mid 80 degree range at that point.  Yeah, great time to be running.

The starting area was crazy.  Personal space is not really a thing that exists here in Thailand, and as the people got more and more crushed together, the ambient temperature rose higher and higher. There was a sense of hurry-up-and-wait to the crowd.  As the time to start came and went, you could tell that people were getting antsy.  I of course did not have the sense to take pictures at this time, but I did take a few pictures and one video before this point to try to get the feel of the situation. 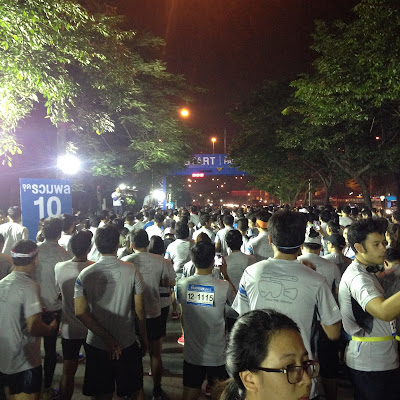 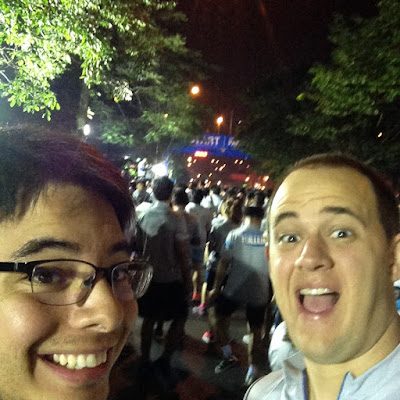 The course was amazing.  It was flat and scenic.  There were only a few out-and-backs, so it felt like you were always moving towards the end.  The only major drawback was that the road was no more than a few meters wide at certain points and that makes it very hard to move around people who might be going at a different pace.

I did have one interesting situation regarding this, but I will get into that a bit later. 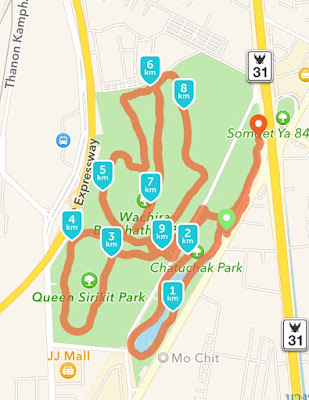 Here are some great photos of the park, which are obviously not mine: 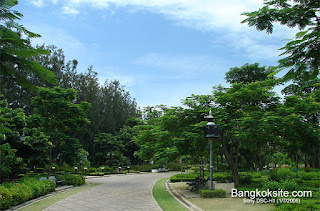 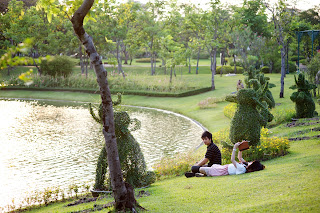 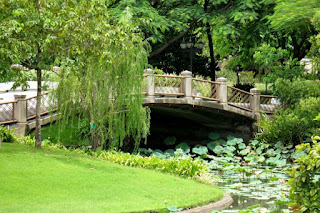 While I was running I happened to pass a group of men who were circled around one person who I could not see very well.  These men were obviously security of some sort, and this was the only time that I have ever been running where I got a gesture as to where on the path I was supposed to run.  Needless to say, when a group of 6 foot tall Thai men in track suits and military haircuts tells you to run a bit away from whoever is in the center of their moving perimeter, you listen.

I am still trying to figure out who was in that circle.  I have theories based on the fact that there were a lot of royal cars, (they have different vehicles with the crests of the royal family), and royal police, (which also have the royal insignia), around the finish area, but no news on who it was yet.

I managed to get a decent time, especially since this was my first 10k after I was out with an injury for a while.  While I am not sure what the official race time was, I was able to clock myself at a 56:30.  Not my best time ever, but still after being out for a while, it was not that bad. 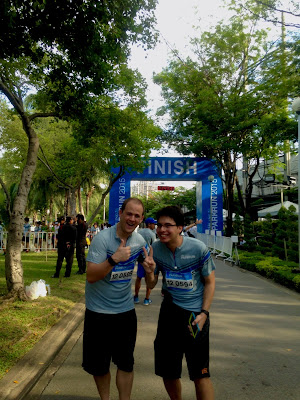 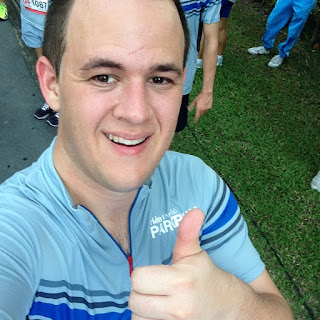 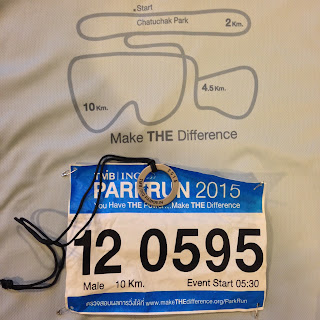 The race was awesome, the venue was beautiful, the medal is... interesting... but all-in-all a pretty good day.