Before our dog Appa came into our life, I had always wanted a younger dog, maybe 1-2 years old. I am not much into puppies as they have more energy than I really want to deal with.  That, and with my work schedule, I knew I could not ever give them the amount of time they deserved.

Still, until I looked down at that reddish/white muzzle and saw the love and caution that was in his eyes, I would have never chosen a dog that was already eight years old.

Then he nudged me, as if to say he had already chosen me, and I better just accept that fact. We were at a pet adoption fair in PetCo in Kona, Hawaii, where we met Rosemary, who cares more for dogs than anyone else I know. Appa looked up at me, took his wet nose, and slammed it into my elbow.

The next few years were sealed.  I say few because when you adopt an older dog you know that you won't get to have them for a very long time...  That sword of Damocles will always be over the relationship and bond that you form, but you learn a lot about love and caring in the process.

This is his story of adopting two people, and how he brought us love, tears, anger, laughter, heartbreak, and many fond memories.  He was known throughout town, people would say hi to him before they even saw me, and he was mourned by many when he passed.

I have had to take a long time to try and write this post, mostly because I knew I could not handle the depth of emotion that would come with eulogizing my friend, but if anyone can see the light of bringing an older dog into their life from this story, then my heartache won't be for nothing. I know I will cry before the end of this story, but sometimes those tears are a part of a larger, more beautiful memory - one which I will try to put into written words.  As with any story that is talking about a certain depth of emotion, there is no way that my telling can do it the justice it deserves, but I will try my best.

Appa was a character, he was terrified when we brought him home. He hid for weeks from us. We made his "home" under a side table near his food and water, and left a big pillow for him to sleep on. He had run of the house, but for a while was very content to stay in that area. When we were out of the house though, he was a rascal. He was still getting used to not living on the street or whatever had happened to him before the rescue foundation found him, and would get into everything. We learned quickly. The trashcan moved, food was no longer stored at heights that were less than three feet, and you always had to watch him like a hawk when he was in the yard. 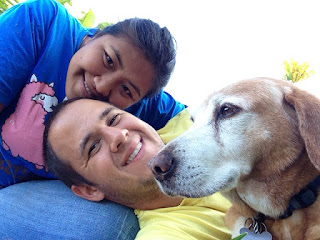 He tested us, and we tested him. We settled into a nice equilibrium, and eventually his comfort area spread to everywhere in the house.

I still remember the first time he came up and laid his head down on my lap and closed his eyes. I did not move for a solid 20 minutes because I did mot want to ruin the moment. It was amazing.  I remember feeling that he had finally accepted us as his new home, as his new protectors.  It was amazing to watch him really feel comfortable as part of our "pack" and accept us as his family.

The trust grew and the laughs came with it. His personality started to shine through. He was a quiet dog, it took him months before he was start to vocalize anything.

A few years later he would never shut up. At some point we felt like he was just trying to mimic us in our speech patterns. I still don't think he realized he was a dog at all.  Sometimes he would just sit and watch us, not in a dull way, but in a way that said he was trying to learn what we were doing.  I am sure I am taking some liberty with humanizing his behavior, but I feel that I am entitled to adjust the memory in that direction.

A few years went by, the walks slowly went down in distance. The dog pillows slowly spread out around the house.  We started making a collection of places that would be comfortable for him in almost any location in the house.  Sweeping the floors and cleaning turned into a large-scale task, as one would have to take a half dozen dog beds and foam matting outside and then attempt the task of removing ten pounds of dog hair from all the corners of the house.

We wanted to make sure he had a spot to lay on in any room that we were in at the time.  He started to act like he was worrying - an act that made him seem a bit more nervous and scared at times.  He knew he was slowing down, and we did our best to make sure that he was always comfortable and always knew we loved him.

He started slipping and having trouble making it to the bathroom in time.

Sadly it all crept along so slowly that I did not really notice it at all. He would have good days and bad days. We had him on the highest dose of pain medication that the vet would give us.

I taught myself how to massage his hips and sometimes would even do a range-of-motion exercise on them that would allow them to flex and pop a little. It helped for a while.

We had to make that inevitable choice. It was for his own sake. Honestly I did not mind helping him stand, or the messes around the house. I would still clean up after him today, if it was not for the obvious pain he was in. We chose to have a vet come to the house, and buried him with a tree that we had been given at our wedding. It had red leaves and he was a "red dog" so we felt it was fitting.

It now grows in a lovely spot in the yard now, with red and green leaves going off in every direction. I made a nice pile of stones and filled them with moss and orchids. We left a few of the things he loved bear the head of the cairn. All-in-all it is a lovely spot, one where we joking still say he would love to poop and sniff things.

That is the thing about older dogs, you have less time with them. They don't come with that new puppy look or smell, but you get the same amount of love. You have to approach them differently. They know abandonment and pain in quantities that are higher than any animal or person should.  They take a large amount of time to gain trust from, and a huge amount of effort to make them feel at home.

This just means that when you gain their love and trust, they will love you more. They know what it is like to have nothing.

Yes, they might be fixer-upper opportunities, but honestly it is the human that will spend time being fixed.  I felt that he softened my heart in ways that I would have never been able to experience without him.

You learn love by watching them start to trust you.

You learn compassion when they start feeling ashamed for having an accident in the house due to old age.

You learn about family when you decide to eat dinner on the floor because they are having a hard time begging from the table.

You learn to enjoy sitting for long periods in the grass, watching the cars go by.

You learn to enjoy the "moments" in life. I still remember taking him on one last walk, and watching him sniff a corner he always loved. I knew what was about to happen, but for that "moment" I was at peace. 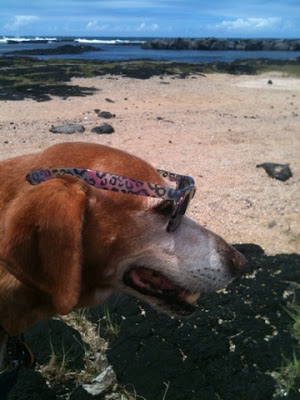 You learn sadness and letting go, but you also learn just how much a family member means to you.

Anyone who says a phrase of "it is just a dog," obviously has had a loyal friend like Appa.

Yes, in adopting an older dog there will be pain, the years will go by faster than those that you would have had with a puppy, but don't confuse quantity with quality.

The few years we had with Appa were some of the most amazing and loving that I could have imagined. 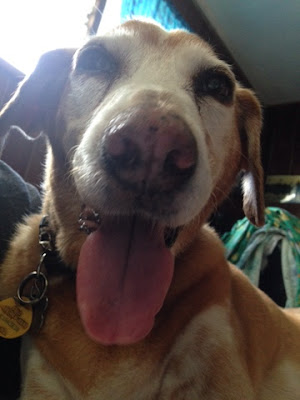 Losing him was devastating, but slowly we are healing.

Gaining him changed out lives forever.  He might have only had a few years with us, but we will carry his memory for a lifetime.  As cliche as it sounds, he does live on through our memory far longer than he ever would have lived physically.

It all started with that first nudge and a look of hope in his eyes. He was one of the best decisions that we have ever made.

I still picture that moment when I think about him, and if you give an older dog a chance, you might someday understand what I mean.

When I am able, I will do it all over again.  As hard as the end may be, the road to that point is quite amazing. 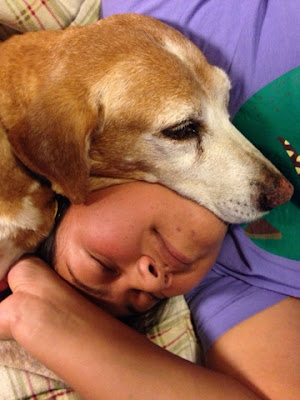