An Interesting Observation at the Mahidol Sports Science 10k

Sometimes your morning can start out looking a bit like this.  I would say that I look like someone who got up way too early to go to a sport that I don't think anyone likes, but you can just translate that to "looking like hell." 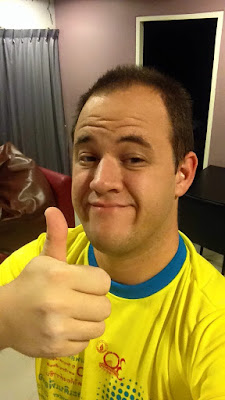 I have had the opportunity to run many, many kilometers around the beautiful Mahidol University, and today was no different.  It was a beautiful run and I enjoyed it a lot.  It was a somewhat similar route to what I have run before in these two different blog posts.  Post 1.  Post 2.

While the run was very pretty, (see the pictures below), it was a realization that I had that made it very memorable.

At the start of the race, the woman next to me was running in a hijab.  While normally, I might not find this all that interesting, with all the anti-muslim rhetoric going on in the United States right now, I found it quite nice that this woman was able to keep to her traditions and still join in on non-traditional activity.  She wore a very conservative set of running clothes (long sleeve athletic shirt and long running pants), and was able to compete in a sport that one would not think typical of a person wearing a traditional head covering.

Needless to say, I loved seeing her doing this.  I am quite used to see lots of women in hijab here in Thailand, as there is a large population of Muslims here, but it was great to see someone who was able to mix the old and the new.

She was also a damn good runner.

Now, without further typing, on to the pictures: 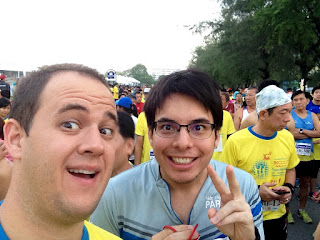 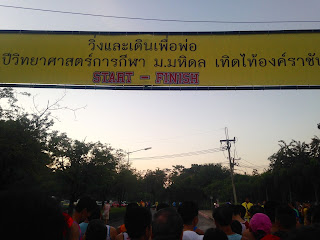 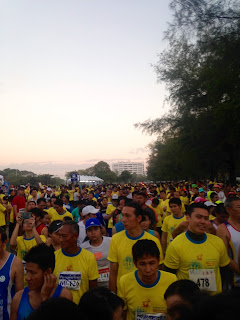 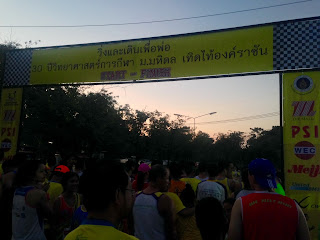 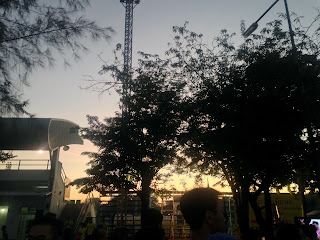 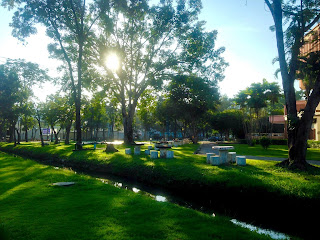 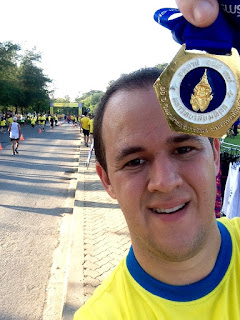 Posted by Unknown at 9:13 PM No comments:

I am not going to try to explain the historical or cultural significance of Ayutthaya, Thailand, nor am I going to try to explain the differences in temple structures.  Everything that I know about this complex is based on one book, a few websites, and some perusing of the UNESCO website.
Suffice it to say that Ayutthaya is very deserving of the UNESCO recognition.  While I cannot say that I have been to many world heritage sites, I can say that there is a real feeling of depth to visiting Ayutthaya.  The area is a bustling modern city with ruins that date back to the 1300's.  There is a mix of modern cars, tuk-tuks, and other "normal" looking settings, with the temple complexes playing backdrop to the typical Thai city scene.

We were lucky in the sense that we had a lot of time in the early morning to explore the area before the typical crowds started to arrive.

My suggestion for visiting any site like this is to show up early and leave early.  There is a real sense of beauty when you are wandering around the ruins by yourself.  For the first small portion of time, the only sounds that I heard were the calls of birds and my own feet moving along the rough gravel paths. That serenity was shattered when the first school group turned their children loose on the area.  For a few glorious minutes though, there was a real sense of calm and beauty.

The only complaint that I have about the whole trip is how many people do not understand the fragility of places such as these. There are signs in multiple languages asking people to not deface the ruins, leave rubbish, or climb all over the steps.  There are areas that are lower and are OK to walk up, but there are many places that you can tell would be both perilous to the person ascending, and destructive to the irreplaceable cultural artifacts.

Sadly, I saw a few people ignoring these signs.  I wish I could say that it was just one or two tourists, but it seems that Thai and foreign alike want to take that extra special selfie on top of a set of 700 year old crumpling stairs.

An interesting thing that I learned is that when you take a picture with any statue that depicts Buddha, you are supposed to be lower than the head of the statue.  This makes total sense when thinking about the cultural values, but just a connection that I had never made before.

So, without further rambling, here are some of the better photos that I captured today. 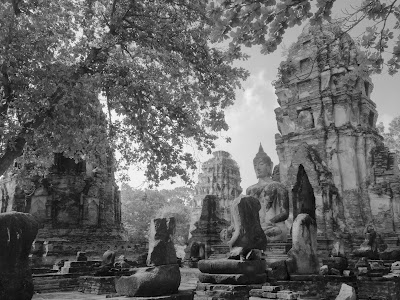 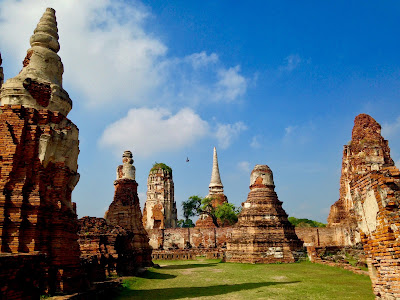 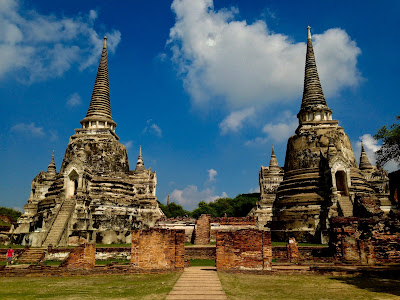 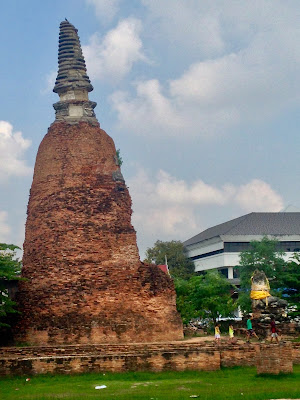 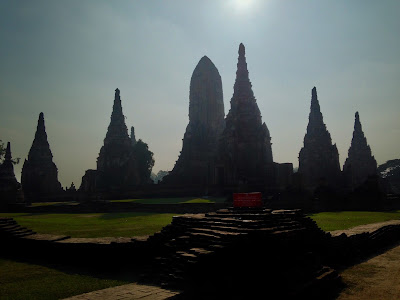 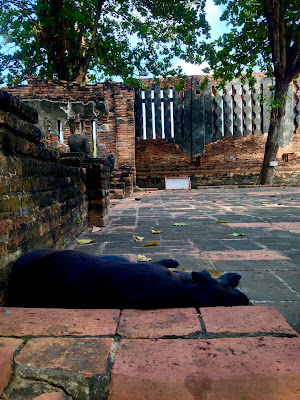 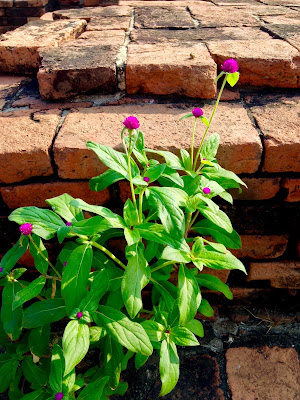 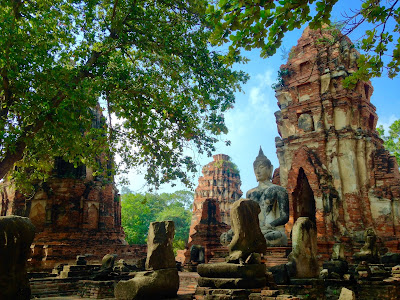 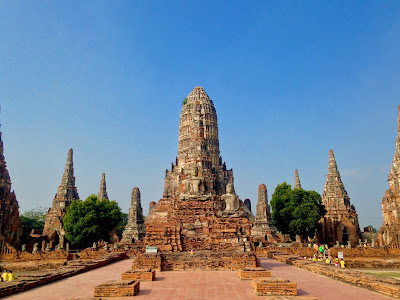 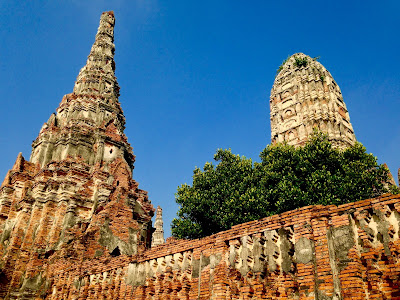 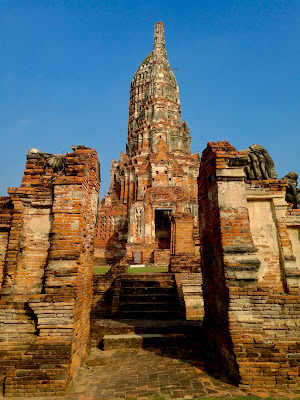 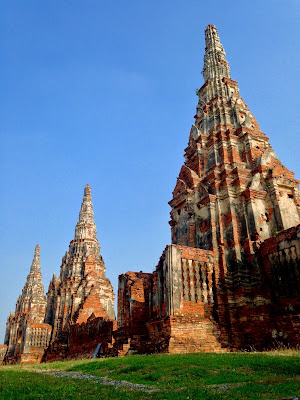 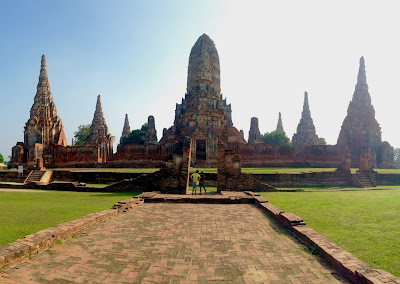 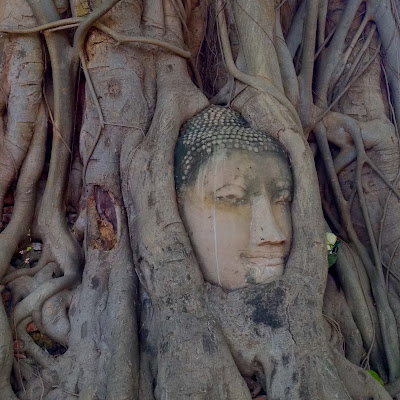 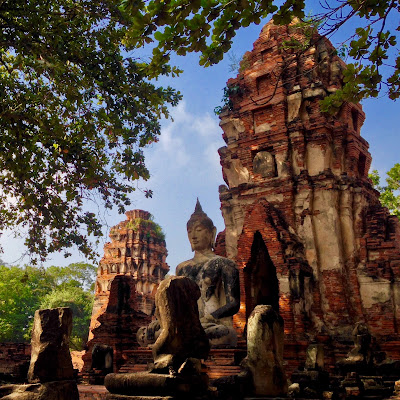 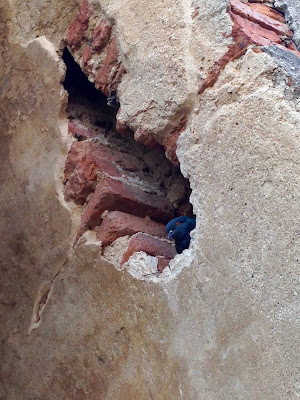 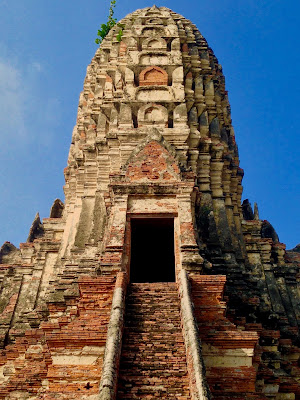 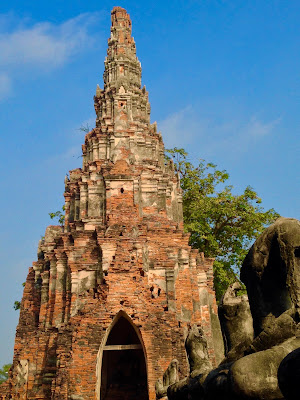 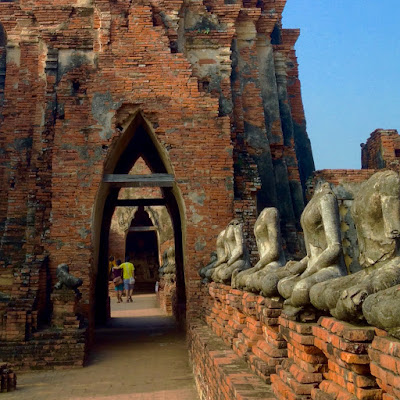 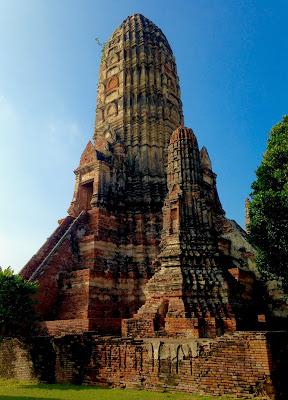 Posted by Unknown at 8:58 PM No comments: