Roman Colosseum - Paying is for Chumps

No trip to Rome is complete without paying homage to that great iconic landmark.  I am sure that everyone, when they think about Rome, can only think about one thing - Russell Crowe in armor fighting and (spoiler alert) saving the Republic.  Also there is a pretty big stone oval thingy that happens to be right in the middle of the city.  It has a train stop named after it, so you cannot miss it. 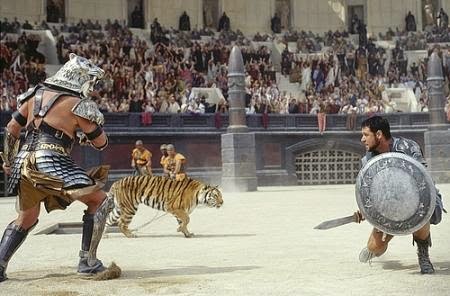 Save the Republic Maximus!
Photo Credit 1

You exit the station (Colosseo, if memory serves me correctly), walk across the street, and you are there.  There is a massive stone structure in front of you that must have looked amazing before various armies and the Catholic Church ripped a lot of the statues and facade off of it to decorate bathrooms or gardens or some shit. 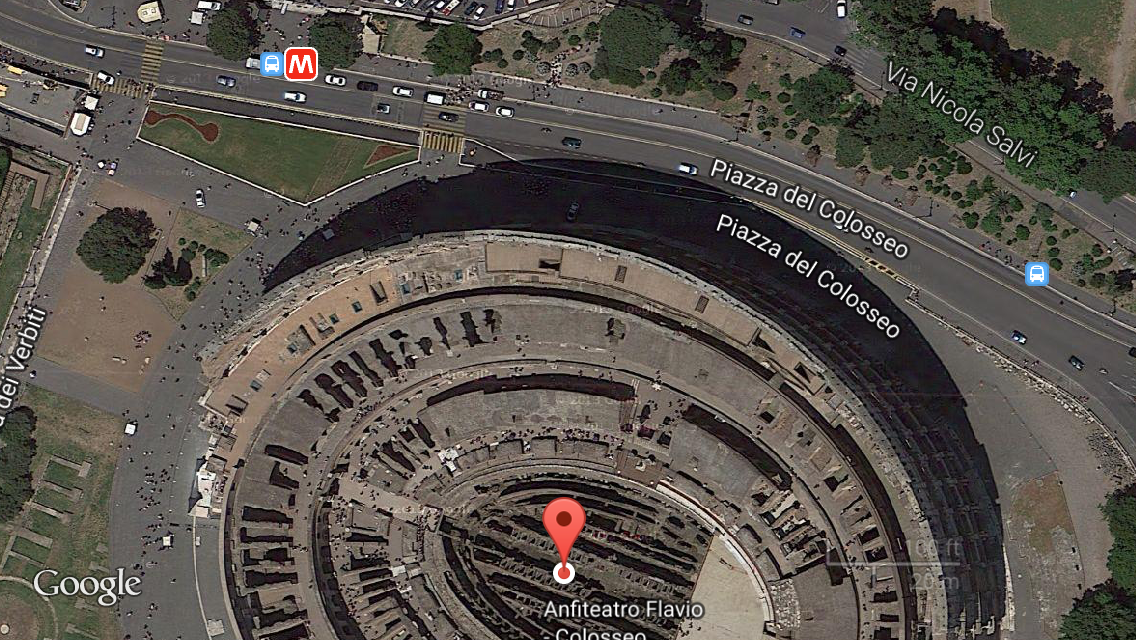 Upon walking across the street, you are immediately faced with a line.  Yes, it is like Disneyland, but the characters are a whole lot cooler!  This is your chance to make a choice - wait in this line: 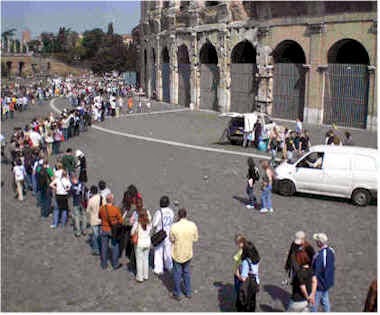 You could also pay a ticket scalper to cut the line and go with his "tour group".  This is as sketchy as it sounds.  There will be people walking up and down the line, in very heavily accented English, informing you that the line is multiple hours long and you can go with them... for a fee.  Now, if you are pressed for time and have more money than sense, sure.  Enjoy the tour, but know you got taken for a ride.

We waited for "hours" which was much closer to about 15 minutes.  Pretty sure those scalpers exaggerated just a little bit for dramatic flair.  Basically that line exists only to take your money at the entrance and allow you in.  I am very doubtful that there is some sort of fire code for this building which would limit the amount of people who can enter.  I mean it is made of stone, right?

The best part is the entertainment while you are in line waiting to fork over your cold hard Euros. 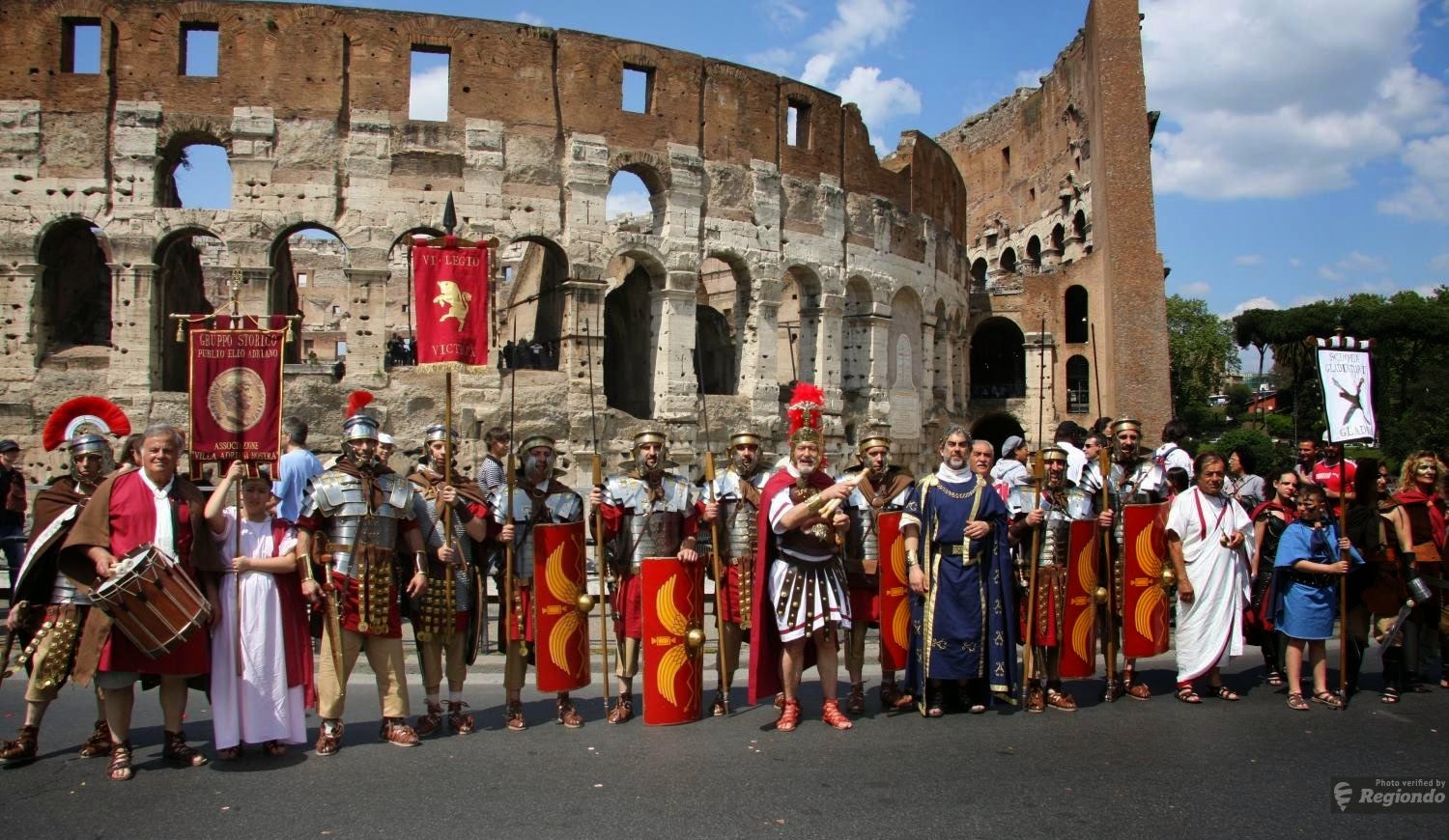 Throughout the wait, you are plagued with offers to take pictures with "authentic" Roman soldiers.  You will see soldiers with beer bellies, soldiers who are very clearly not roman, soldiers in plastic helmets, soldiers smoking Marlboro's, soldiers making cell phone calls, and soldiers who are hopefully off-duty and drinking.  If you have seen that episode of Friends where Joey is heading to Las Vegas to make a movie but ends up working at a casino, it is much more accurate to this situation. 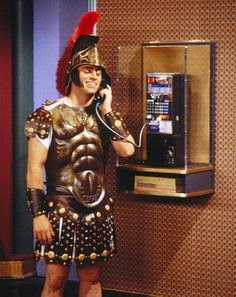 Of course, after such a wait, you can only hope that you will walk out of a darkened tunnel, right when some gladiator is finishing off some poor sap and Tarantino-esque blood spray is going everywhere.  It is more likely that they will be setting up for a benefit concert or something on the far end of the stadium while some misinformed Christian group is bemoaning the loss of "Christian lives" in this location.  Sadly, they don't quite ever realize that Christians were killed over at the Circus Maximus, but hey, everyone needs a forum to rant.  Get it? Forum?  Roman Forum?  Ok, this post is done. 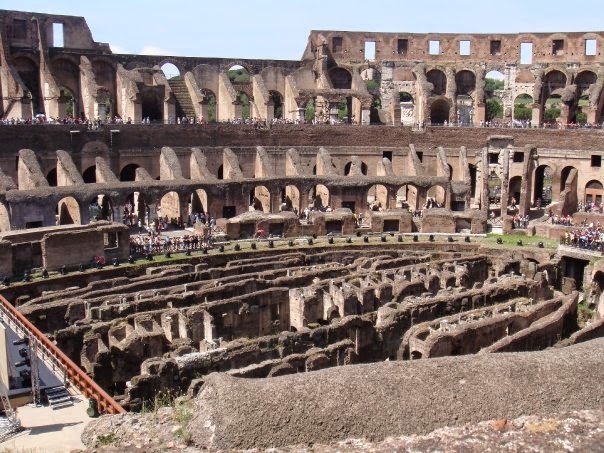