Woke up at about 5am for some unknown reason, so I decided to get up and see the local area during the early morning hours.  The time right before sunrise is my favorite time to go for a run and explore, as most people are not up and about yet, the air is cool-ish, and there are usually a lot of nocturnal animals that are still out and roaming.

Besides a few packs of very friendly, yet still feral dogs, there was only the usual array of birds and such to listen to on my run.

That is until I saw this guy: 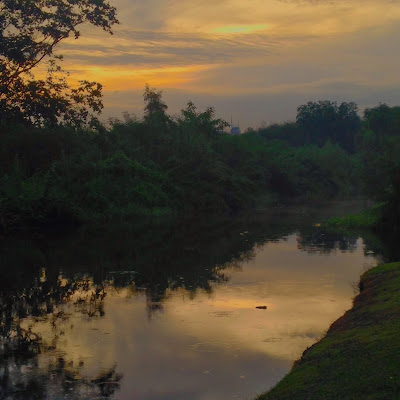 There is a monitor lizard in the lower part of the picture, just swimming around and doing whatever it is that those guys do.  After being told that they can grow to be upwards of ten feet long, I am quite glad that he was more scared of me than I was of him.  Once you find a monitor lizard, you can follow them as they swim under the somewhat murky water by following the bubble trail that they leave in their wake.  I was thinking about how cool it was that I was able to find one, and then watch it move around underwater based on the bubble trail, until I noticed just how many different bubble trails there were in the area... I decided to continue on with my run at that point.

Mahidol University is stunningly beautiful.  It has a ton of little canals and channels that criss-cross the university, and most of the architecture is modern but has a Thai twist to it. 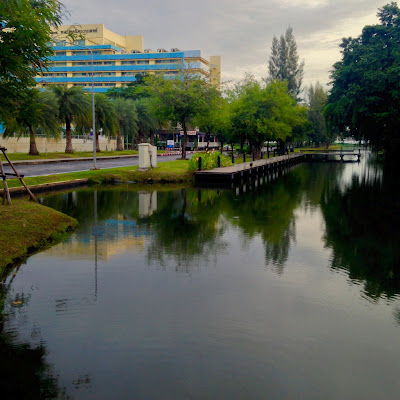 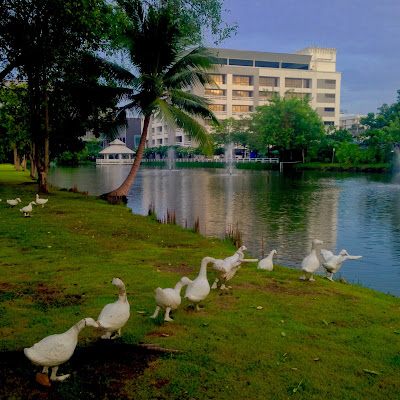 The school that I am going to be teaching at is a laboratory school that is located on the grounds of this beautiful university.  I feel very lucky.

After about 5 kilometers of jogging and picture taking, I decided to head back over the pedestrian bridge to my apartment.  I love the architecture here! 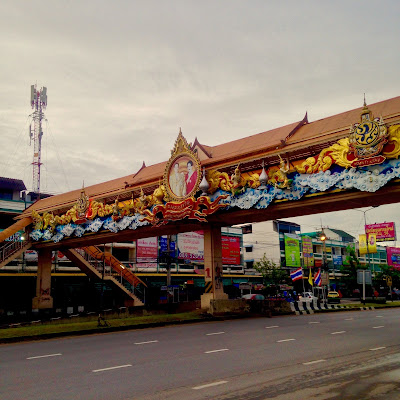