Catching up after the two week hiatus

Well, it has been a crazy two (or three) weeks.  I cannot honestly remember when I posted last.  We are almost done with week three of the school year, and the kids are great!

This is not to say that all my other students are/were not amazing, but I am very relieved to find that the kids at this school are another great example of why I love my job.

I really do love working as a teacher.

Of course, the paperwork is not always that enjoyable, but hey, the time in the classroom really can be an awesome experience.

On top of teaching and staying at school for about 12 hours a day on some days (yeah, there are no seven or eight hour days at an international school), I have had the chance to go into Bangkok a few times, run almost five times a week, and even sleep some.

There have also been a ton of lightning storms and it seems like the monsoon season might be starting or picking up.  Not quite sure yet, but there is plenty of water to go around.  More on that later.

Here are some of the highlights of the last few weeks.  Hopefully I can skim over everything and not put too many people to sleep.

Quick side note - I saw a student taking a selfie with a chocolate bar on her head... I asked why, and she said it was a gift and she was sending the picture as some form of acknowledgment.  While this still makes almost no sense to me, I decided to copy the pose and had her take the photo of me.  Here I am in a chocolate bar selfie. 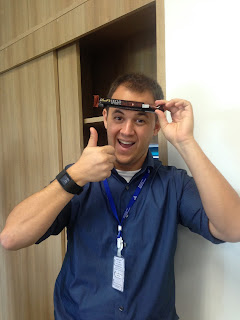 Sometimes you just have to go with it.

One thing that I have found out is that no one of any nationality likes quizzes, and everyone loves to draw funny pictures of teachers giving out quizzes.  These kids are hilarious with their artwork and they have an amazing sense of humor and the ability to really draw some amazingly passive aggressive comics.  I love it!


I am guessing that this is what I sound like.  Apparently I am something out of a peanuts cartoon "wah wah wah wah..." 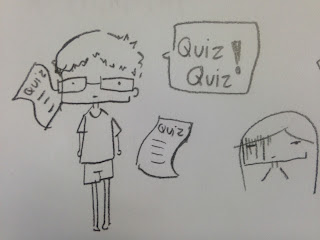 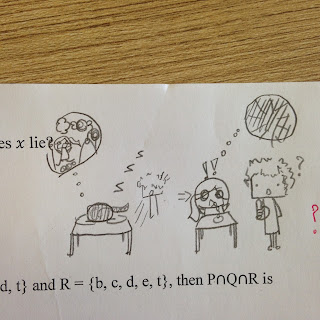 This is me murdering someone with a slope equation.  Yes, awesome, I know... 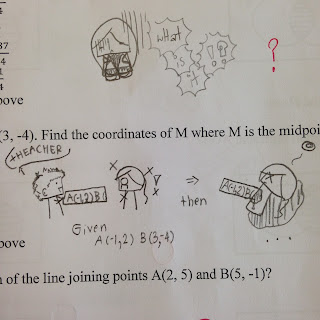 Apparently I am quite handsome... I am guessing this was for bonus points in an effort to try and get me to be in a happier mood when grading the tests.  It probably worked... 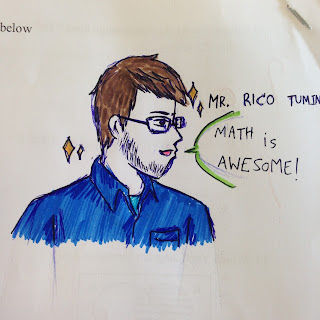 Now, the school has a TON of rain over the last few days.  Where we had a nice field that was surrounded by a concrete walkway, is now lovingly referred to as "the pool" by most of us.  The kids and I have decided that we need to start a rowing team, or start stocking "the pool" with fish so that we can fish from it.  Ill just have to see if the administration is ok with that.  Hopefully we can do a fishing derby and perhaps a BBQ from it.  Ill keep you all updated. 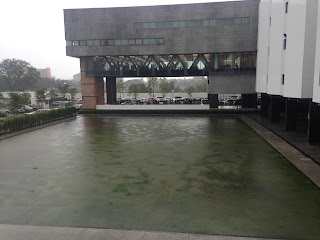 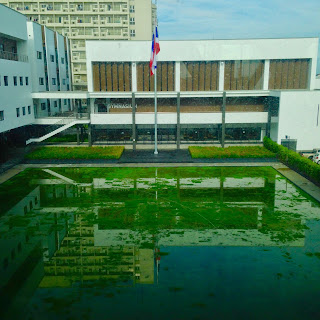 The water was a bit lower today, and the weather was a more of a light rain and less a downpour, but yeah, that grass is soaked.  Sure makes for some beautiful shots though with the lighting and reflections.

At least none of the monitor lizards have taken up residence in the grassy pool area... yet... 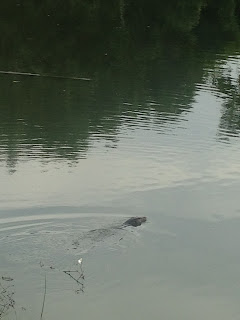 The lightning storms at night have been pretty impressive.  I tried to capture one with a bit of time-lapse photography, with little success.

The food at the school is amazing.  Period.  There are about ten different vendors, each with their own flair and specialty.

Here is a salmon plate for about $3.  Yes, that is the most expensive thing that I have found at the cafeteria.  I usually get the $1 meals, but sometimes I go crazy and spend about $2.  Just have to live a little I guess... 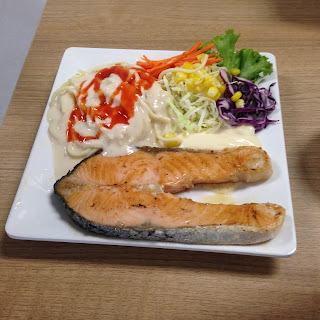 I have also had many questions about the awesome apartment cat, who we have lovingly named Bill Adama.  He is doing fine, here he is curled up on the front porch of the apartment, waiting the morning lovin' that he gets from everyone who passes by on the way to school and work... 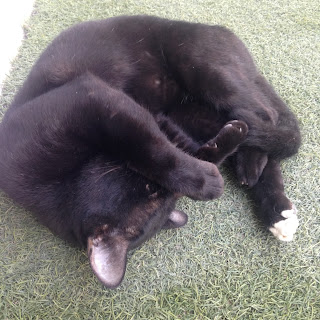 Here he is bitching about something or another when I got home from work.  God only knows what the hell he wants...

Running around Mahidol College has also been quite the treat.  The area is beautiful beyond compare, and the loop that I run is both flat and quite free of feral dogs.  Both are a major draw to the location. 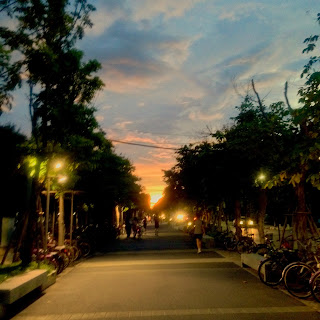 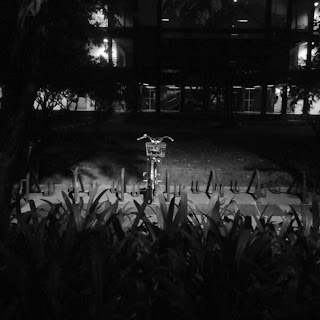 Lastly, got to adventure into Bangkok a few times with Eddie.  We even managed to pick up a geocache or two along the way, along with wandering around some very beautiful areas.  Thanks to his amazing driving skills and our mutual love of avoiding large groups of people, we are able to get in and out of Bangkok before the gridlock starts. 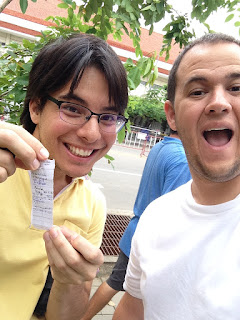 I hate ducks and geese, and the damn things are in Bangkok as well.  I can never escape them... Damn! 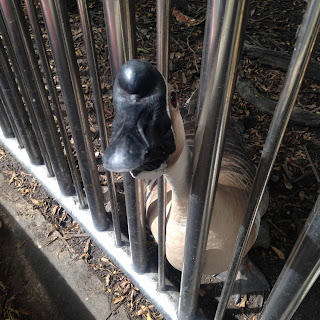 Here is some idea of what the gridlock looks like.  I am so thankful that I have the ability to walk everywhere now.

Well, that is about it.  Lots of work, and with the weekend ahead, hopefully a few runs and some sleep.  I'll try to post more in the future now that life has calmed down a little, but until then, hope this was enough to keep you all up-to-date on the Thailand Teaching Adventure so far...