I can openly and honestly see how a lot of people can think that Batu Caves is a tourist trap.  I love the place, but I can really see how others might feel that the locale has been commercialized to the point of losing all the intent of the people who first moved to the area.  I am sure that it is a double-edged sword in a sense to have tourism and commercialization of these areas, but it is hard to imagine such a place existing to the extent that it does today without some form of commercialism and tourism bringing money for upkeep and improvements.  Is it a perfect system? Not at all, but it is a start. 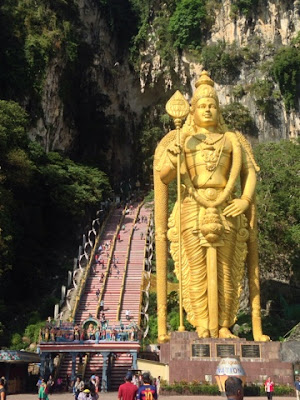 I started off by taking a quick video of the area to try and show just what a mixture of people, sounds, and animals were in a small area about the size of two football fields.  The first thing that I noticed, besides the rather large golden statue, was the all of the music and noise coming from various areas of the entryway.  I honestly still have no clue what was going on, but it was noisy and there must have been about a million different tourist attractions to try and get money out of anyone who was making the decision to climb the stairs.


Needless to say the stairs suck.  I am quite glad that I spend some free-time running, as I was able to go up at a rather quick pace.  One of the things that I thought was funny is that I spent so much time looking down to watch my footing on the rather mismatched stairs, that I came face-to-face with monkeys when I looked up to catch my bearings.  The good thing is that the monkeys are pretty friendly, but the bad thing is that they will rob you blind for food and drinks.  They are crafty bastards, and honestly you have to watch your stuff.

They do look cute, but again, they will rob you blind.  Seriously, he probably ate more than I did that day and I am going to guess he had a stash of soda more expansive than any dorm fridge. 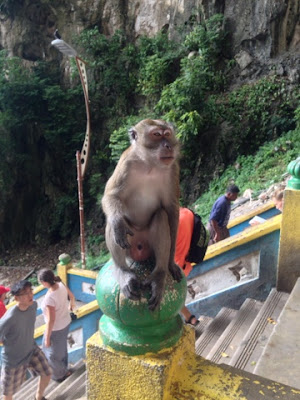 Another little devil monkey hamming it up for a photo with my wife.  I am almost 100% certain that they stalk tourists and steal from people who are not paying attention.  I watched them sit on these posts, and then grab the bottles of soda and water from anyone who was not paying attention or seemed weak in whatever monkey assessment they were given. 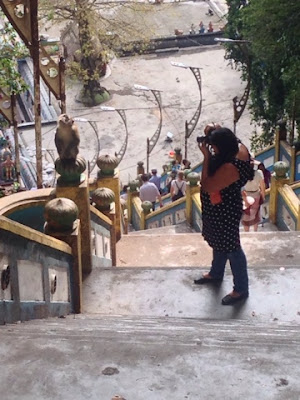 When you reach the top there are more... stairs.  I have no clue what it is about the trip to Malaysia, but I feel like some massive stair conglomerate decided to ensure that they were paid well and installed millions of stairs across the country. 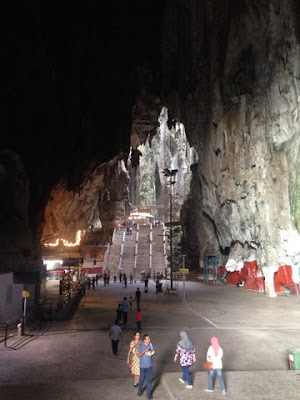 Oddly enough, in keeping with our time-honored tradition of scoring free food while traveling, we again got fed at the top.  No clue what was going on, but we just happened to be in the right place at the right time and got to enjoy a snack. 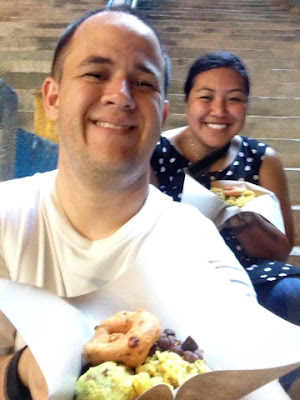 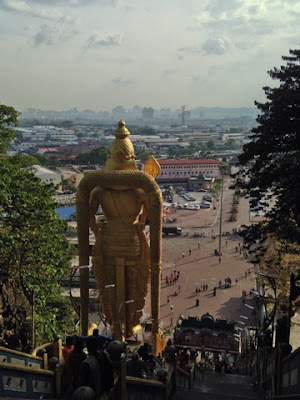 After enjoying the view from the top, I took some time to shoot a few photos and video some of the monkeys playing around outside the main shrine. 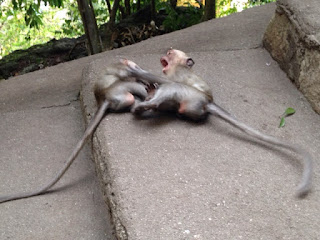 I also had to take a selfie with a monkey who stole a bottle of 7-up from a tourist.  She never saw it coming.  One second she was enjoying a nice sip of cold soda, and then the next second this little punk was running off with it.  She was shocked, and I was dying of laughter. 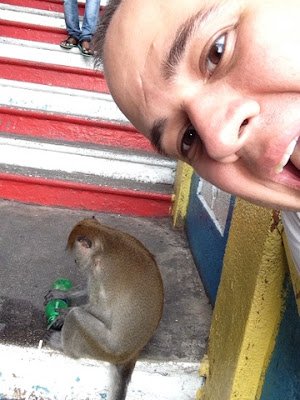 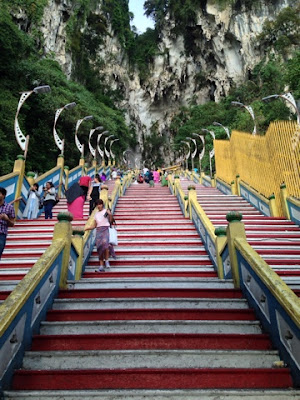 I am not going to pretend to understand the decorating scheme of the temple area, but needless to say, it was a bit odd to get to the top and go inside a cave to find the main Hindu shrine covered in lights.  Not quite what I was expecting, but then again, I guess that is all part of traveling? 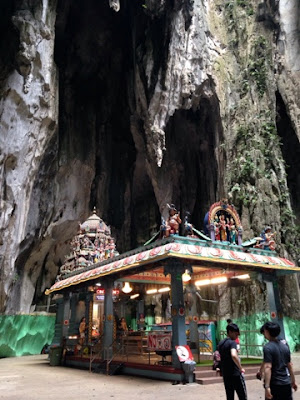 A beautiful trip, and a great excuse to climb up the side of a mountain.  The view was wonderful, and when you throw in kleptomaniac monkeys and free food - totally worth it! 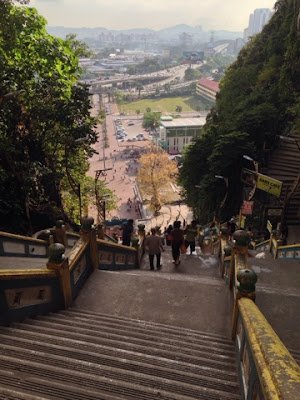