The Ultra-Modern World that is Malaysia

I am sure that the content of this post will be both naive and wishful due to the fact that I only was able to spend three days in Malaysia, but in spite of that lack of time, I can honestly say that this is one of the most pleasant countries that I have ever visited. 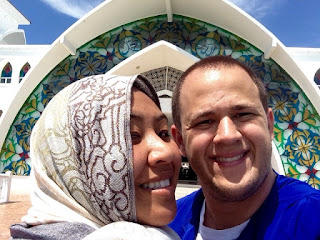 We traded in the orange robed monks of Thailand and went for a Saturday-to-Monday trip to various locations in Malaysia. I must first admit before writing more that this is my first experience in a Muslim majority country, and as such I honestly did not know what to expect. I have many friends who are Muslim, but this would be my first experience in a country where it is more normal for a woman to wear a head covering than not.

As I sit here in Starbucks, gleaning off their free WiFi, I am able to look around the store and count about twenty women with head coverings of some kind, and two without, one of which is my wife.
The west tends to view the headscarf as a sort of oppression, but in all honesty, I think that they are extremely far from the truth. I realize that my knowledge of equality and privilege are skewed, but in Malaysia, these women seem to use these head-scarfs as a sign of individuality. Aside from the more formal solid colors, the fabric is all individual and comes in all colors of the rainbow. They seem to be a culturally appropriate way to represent the individual.

We in the West tend to over-simplify things to make it easier to stomach.  Yes, cultures are quite different, but in order to rationalize this difference we tend to just lump that culture in as being evil or bad in regards to our "true" religious beliefs and our more "civilized" culture.
Examples:
Muslims - Bad!
Women wearing some form of covering - Oppressive!
Etc.

I was openly invited into many different mosques, met Muslims who lived by many different interpretations of their own culture and code, and had the opportunity to listen many times to the truly beautiful call to prayer.
I am by no means trying to say that the whole world is quite like this, nor am I saying that all of the Islamic world is as peaceful as Malaysia appears to be, but I am saying that the average person seeks peace far more than they seek any sort of divisive nature.

I have long been a proponent of befriending people outside of ones own culture for this sole purpose.
One of my friends that I used to work with said it the best - "The laughter of children sounds the same anywhere in the world."

The only difference between this Starbucks in Putrajaya, Malaysia, and any other in the world is that I am paying in Ringgits, and that the food they serve is halal.

A coffee is a coffee, and free WiFi brings people inside regardless of the color of their skin or their choice to wear a hijab.
Moral of the story - everyone loves coffee, and just perhaps free WiFi is the route to more peaceful interactions across cultures. 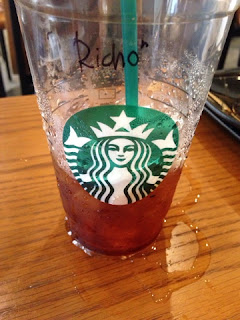