Kuala Lumpur is the very definition of an ultra-modern city with all the amenities that one does not think of when one has never been to Southeast Asia.  While we tend to think of Southeast Asia as a developing part of the world, the transit and infrastructure is on par with, or better in some cases than a lot of Western locations that I have visited.

One of the first stops we had to take was to visit the park by the Petronas Towers, as it seems to be in just about every single photo of Kuala Lumpur.  I also had the ulterior motive of visiting the park in the area to grab a few geocaches, so everyone was happy. 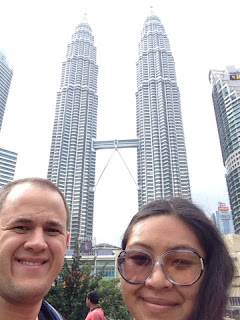 Although the towers were quite cool to look at, I have to admit that the artwork in the park was just as cool, if not even better.  I mean, look at that whale!  The park also had a great kids area where there was a wading pool and some awesome swings and play structures. 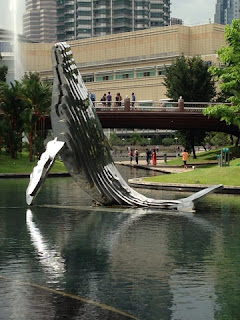 As Malaysia is a predominately Muslim country, we also thought that it would be good for Danielle to get some head-scarfs in case we wanted to venture into any mosque or their surrounding areas.  There are countless shops that sell any color or pattern you could ever want.  After buying a few, we were on our way! 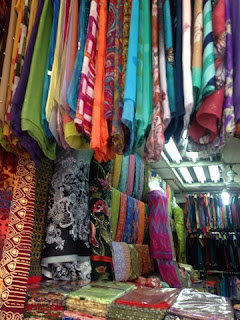 We ended up spending a bit of time wandering around the National Mosque, and got lucky enough to have a tour by a few of Danielle's friends from when she visited ten years ago.  They were an awesome group and the tour was very interesting and entertaining to say the least. 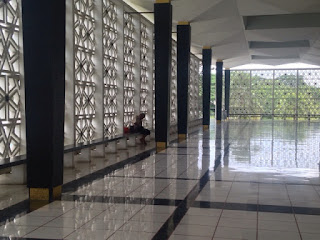 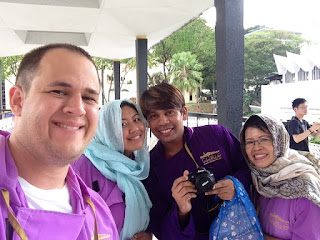 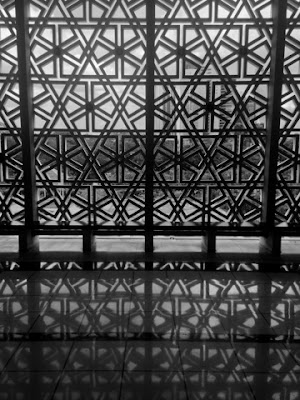 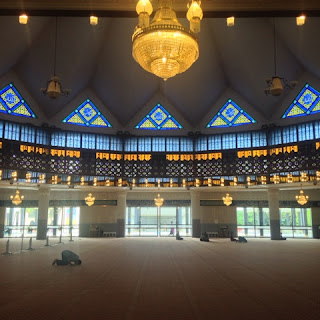 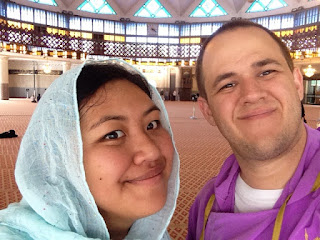 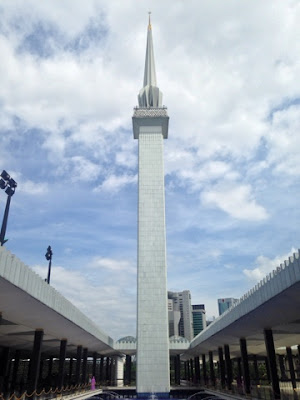 Kuala Lumpur is a beautiful and modern city that totally defies what any person who has never traveled to Southeast Asia might think.  It is clean, bright, friendly, and has a great balance of old culture and customs while still creating a society that integrates the many different groups of people that find themselves living there.  The Islamic, Indian, and Malay styles mesh beautifully together to create a hybrid of cultures, food, and help to make Kuala Lumpur one of the most friendly and open cities that I have visited.
Posted by test at 1:33 PM