Today was another amazing example of making plans, and then dashing them when a different opportunity comes along.  I do owe this entire adventure to Melissa who decided that she wanted to walk into town to just walk around and explore and asked if I wanted to come along.

Then we decided to talk to some of the people getting on the boats and got approached by one of the boat captains.  The weather was nice, and the idea of just cruising around the tributary seemed quite hard to pass up.  So we hopped in the boat with no real clue where we were going, how long we would be gone, etc.

We started by just cruising up the river, an obvious and beautiful choice.  We took a few photos of the boats passing, some pretentious posed photos, and other needed things. 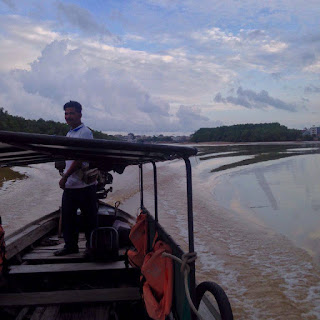 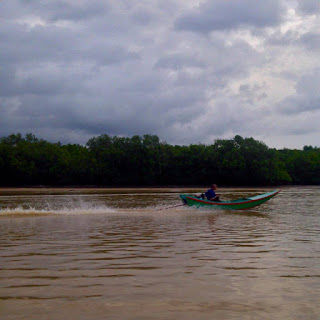 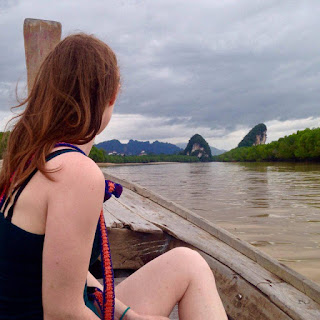 Then, the boat captain pulls up to to the cliff-side featured in the above photo.  This is where the adventure started to turn a bit weird, but quite awesome.  While we had no clue what the site was, there were a few obvious advantages to exploring it. It was empty, it was getting dark fast, and there were super creepy stairs leading up to a cave opening. 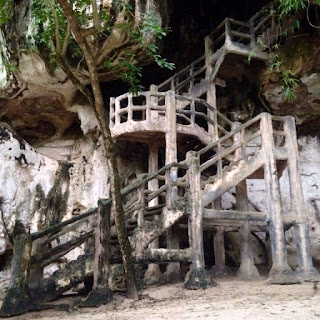 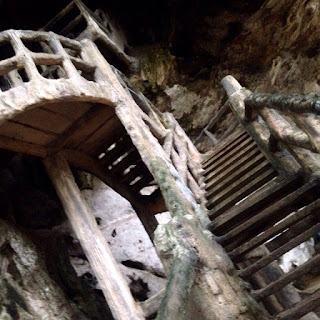 I mean, how do you turn down an adventure like this?  So, after stopping long enough to take notice that we could hear bats, and that we did not have any flashlights, we bounded up the slippery and God only knows what made the stairs take on that look covered stairs.  Yeah, I washed my hands when we got back...

The inside is some archaeological site.  It seems like it has been in use since prehistoric times, though being used most recently by the Japanese during the Second World War.

The inside was amazingly cool, bats were flying all around the ceiling and you could see movement in the darker areas that were lower as well.  The area was somewhat dim, and we used our cell phones for flashlights in places, but talk about an amazing find! 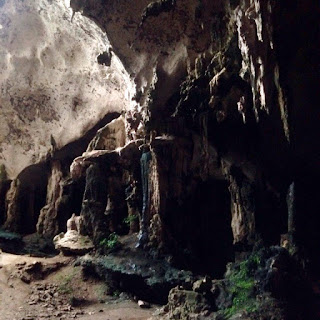 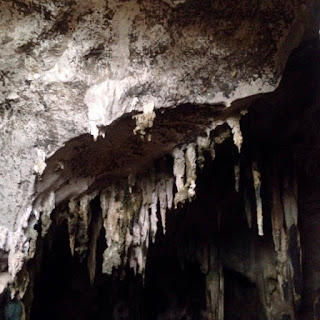 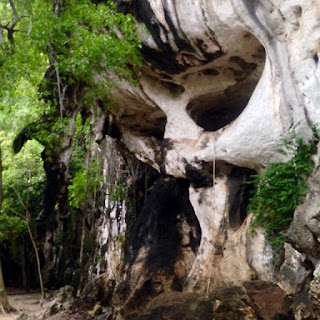 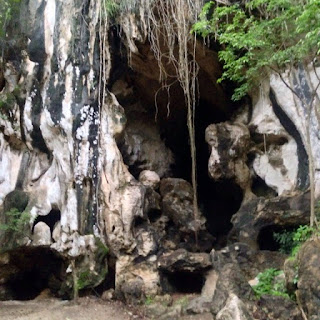 After the trip to the cave, we went over to the nearby boat village and had some fun walking around it as twilight fast faded into night. 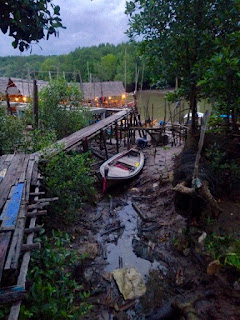 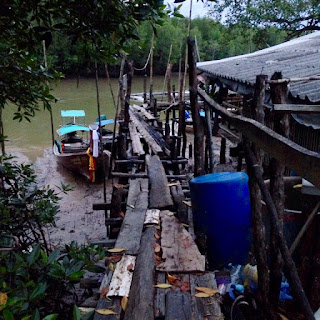 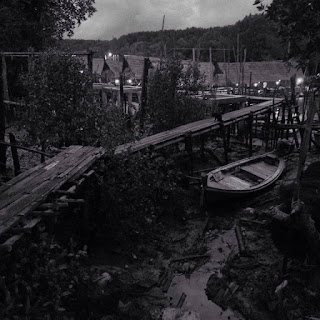 This might be the best aspect of traveling.  I often find I learn more about an area and see more of what should be seen when I am in-between plans.  We had no intention of seeing either one of these places.  To be honest, I don't think we knew either one existed.  As we walked around the village in the early hours of the evening, we both kept saying over and over that this was exactly what we wanted to see, and never knew it.  Sometimes a quick-talking boatman and a casual stroll in the evening can lead to the right adventure. 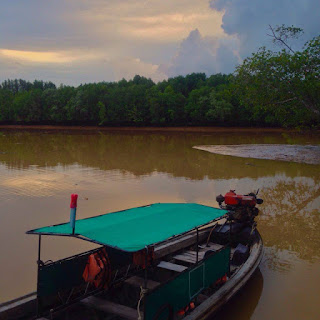