We started out the day with the plan of going to the hot ponds near our hotel area, only to find out that there had been a rather impressive flash-flood in the very recent past.  It looked like the water and silt had been over a meter in height as all of the flat surfaces that were about that height or a little higher had debris and such on them.  The pools were supposed to be rather clear and at a nice but today they looked a bit like silty mud holes.  I am sure they are quite beautiful to laze around in, just not today.  Today I am pretty sure there were monsters in that water.  We were wise to move on quickly.
That being said, they did have quite cute dogs in the parking area.  I am sure that the sight of packs of dogs seems quite foreign to anyone who is reading this from the United States, but soi dogs are every where around Thailand.  (Soi is the term for alley, so they are just known as the local soi dogs in respect to the fact that they are usually just in and around just about every alley). 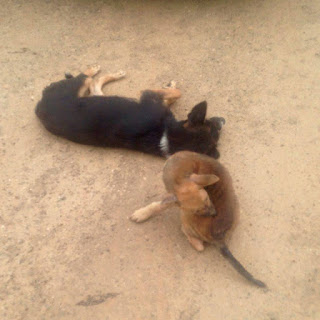 After that bit of a misadventure we made it up to the emerald pool, which has definitely earned that title.  The walk in is about 1.5 kilometers, but the sheer beauty of the area makes the distance slip by quickly.  The area actually looks a lot like a flooded upland Hawaii, with many ankle-deep streams crisscrossing the jungle floor below the raised walkway.  While the cost of entrance is a bit steep for Thai prices, (200 baht per person), the price is well worth it as the area is almost pristine.  Sadly, this is not the standard for Thailand, as many people just leave their trash on the ground and no one is responsible for collecting said refuse. 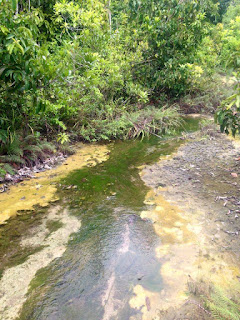 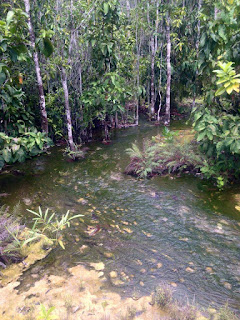 After arriving at the pool about thirty minutes before the main flood of people, we jumped right in and took a swim in some beautiful water.  The 200 baht entrance fee was easily worth it just for that moment. 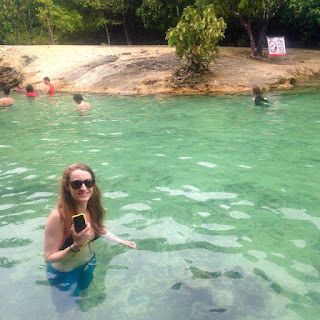 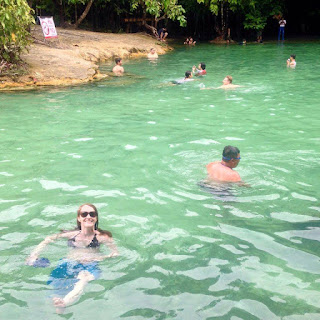 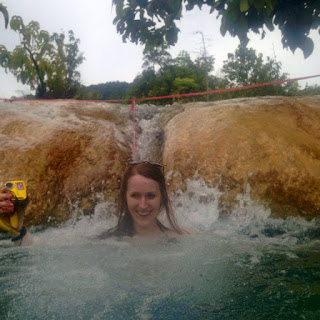 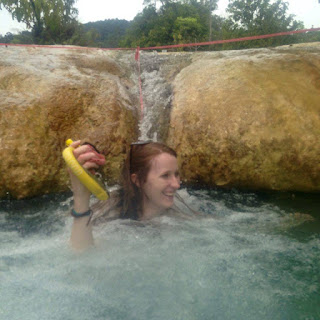 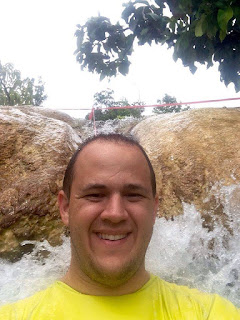 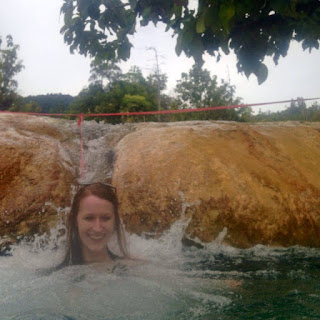 I also saw this awesome family dragging the grandmother into the water.  I love the looks on the kids faces as they see their grandmother being hoisted into the pool. 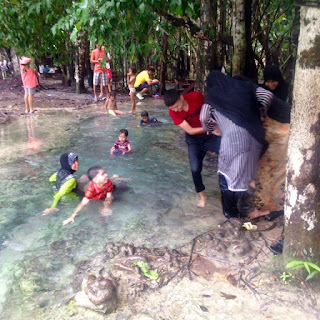 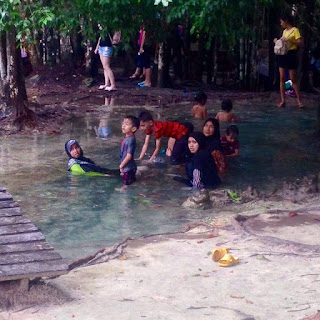 I would highly recommend going to this site to anyone visiting Krabi.  While it seems like most tourists go to southern Thailand to visit the islands and party, places like this are a great reminder that there are amazing things to do that don't require boats or copious amounts of alcohol.
Posted by test at 10:13 PM