The Mahidol Sports Science 10k, was a race that I was sorely under-prepared for but still managed to have a great time at.  I had not run in about two weeks, but was still able to drag my lazy butt out of bed to go for a run with a great team of co-workers.  While the course was... scenic... and quite... random, it was still a beautiful morning, and with the weather hovering around 63 degrees Fahrenheit, it was one of the coolest runs that I have had the chance to take here in Thailand. 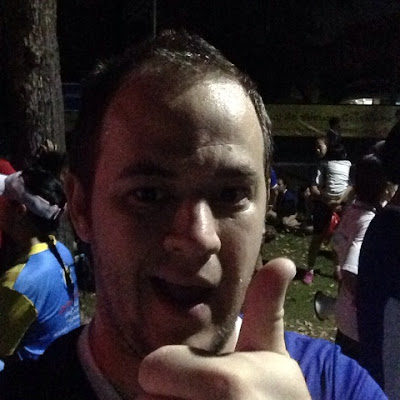 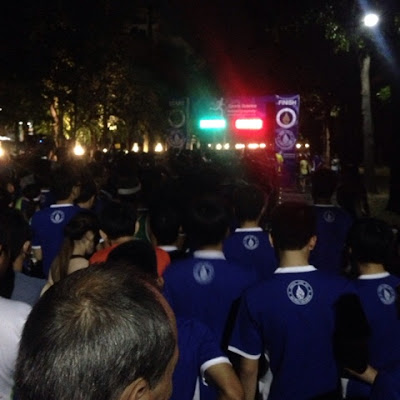 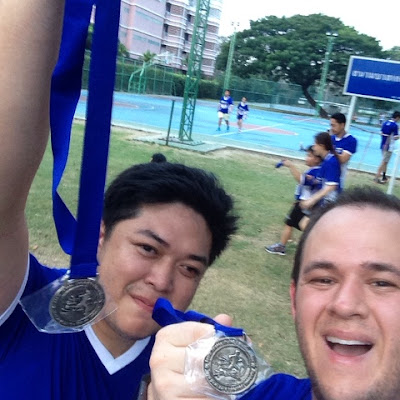 I think there is a real awesome thing about a photo right after you finish a race of any distance.  You are in pain, you have just eaten more bugs than anyone else who might be asleep, you are covered in sweat, but still on that post-run high.  May as well get you before the real pain and soreness kicks in. 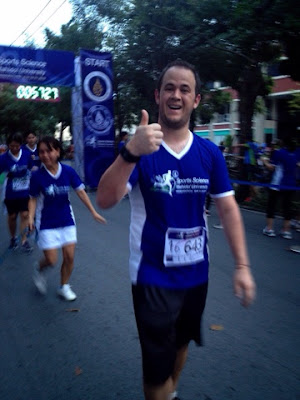 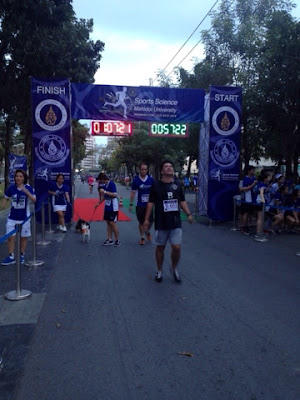 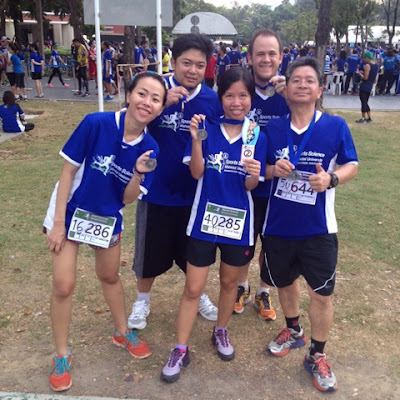 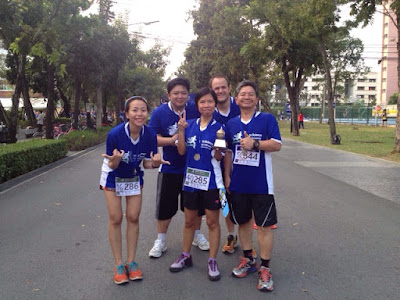 I really cannot make sense of the race course.  The nice thing though is that it was a full 10k, which seems to be rare here in Thailand, as most of the courses seem to be estimated, and not measured accurately.  I am also pretty happy as I went into the race thinking it would be a "lap" race, and never once had to retrace any steps.  I cannot tell you how much most runners dislike the idea of running around in circles just to add distance onto their total run length. 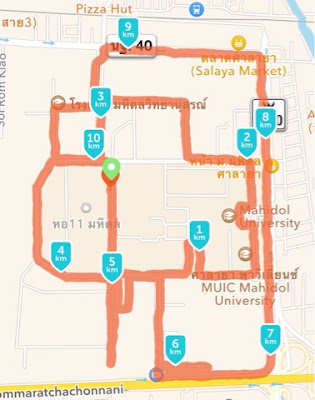 It was a great run, with a very confusing, but fun course, and I would totally do this run again.  Full points in my book!

Plus, the chance to run in 63 degree weather in Thailand should never be passed over.
Posted by test at 9:29 AM