Living on an Active Volcano

There is a real sense of living life when one is living on an active volcano.  Without going into too much detail, much of the past year of my life has been inundated with lava, the volcano, and other aspects of living with an extremely slow moving, yet ever present force of nature.

There is a sheer beauty that comes with seeing lava.  There have only been a few times in my life where I have actually been awestruck with the magnitude and power of the natural world - seeing a boiling and bubbling lake of molten rock has to top the list.  The colors, the smells, the amazing power of silence as a crowd does nothing more than take in the sight and attempt to capture the moment on cameras that are worth more than I make in a month.

It is one of those moments where the power of silence says more than any accolades could or would.

I first had the opportunity to take an open-door flight over the the active lava crater about a year ago and was utterly impressed with the power and amazing show from a few hundred feet up. 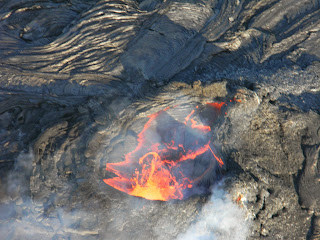 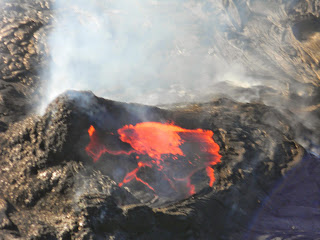 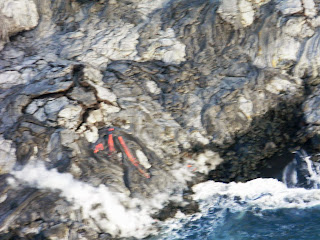 This experience, however beautiful, was no preparation for seeing the lava slowly filling the crater at Hawaii Volcanoes National Park.  While I have seen videos that were shot near Pahoa, Hawaii during the recent lava flow, this was a thing of pure beauty. 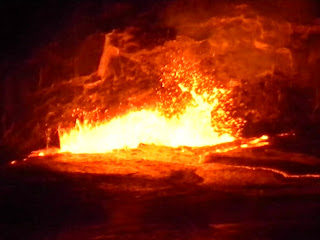 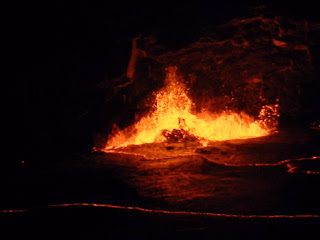 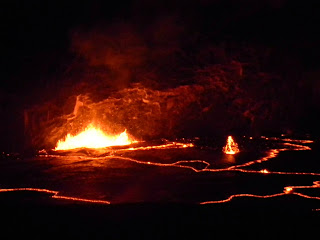 Truly unlike anything I have ever seen before.  If you ever have the chance and great timing to safely see an active force of nature, you would be a fool to miss out on creating that new life experience.