Online ordering is a complete failure in Thailand

Thailand has an online ordering and delivery system for almost any fast food.  My friend, Eric, decided that he wanted to order Kentucky Fried Chicken.  Now, you might suggest that this is madness as we are in Thailand, home to the worlds more delicious acid-reflux prone foods, but sometimes you just want some home cooking.  KFC might be as close to that as we are going to get for a few years.

So, many of the fast food restaurants over here have an online ordering system.  It is not a very complex thing, just gets your name, phone number, and uses the GPS of your system to get a fix on where they should deliver said food items.

More on that later...

So, the KFC is located near the worlds creepiest Ronald McDonald, about 10 km (6 point something miles) away. 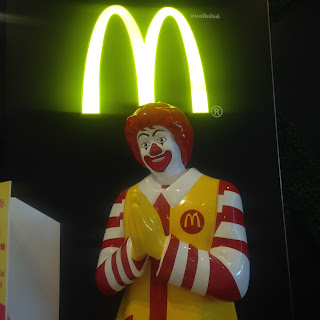 See?  He seriously is the worlds creepiest Ronald McDonald.  I feel like he is either greeting you in a traditional Thai style, or somehow holding his hands together as he contemplates your demise. 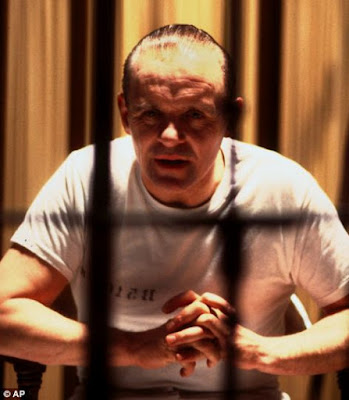 "Do the McNuggets still scream in your sleep, Rico?"

So, that tangent aside, this is not a complex 10 km route.  I have mapped it out.  It involves a left turn,  a "u" turn, and another quick left turn.  Seriously,  Three turns.  How freaking hard can this be? 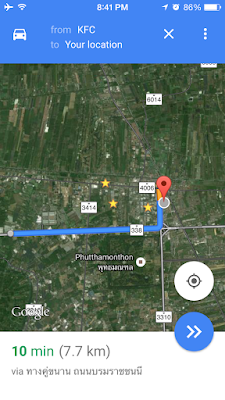 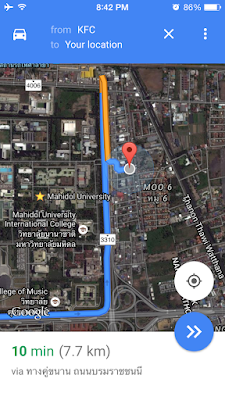 See what I mean?  Not that difficult.  Now, this is where it turns positively Thai.  The entire area of Salaya is covered by both 3G and wireless.  Most of the cell phone companies provide pretty much universal wireless coverage to almost any urban area.  Smart phones are all over the place here.  You can pretty much get an android based phone for free.

No one uses any sort of GPS map program.  No one.  I have no clue why.

At this point, we have ordered, and KFC has both my address and my GPS location. 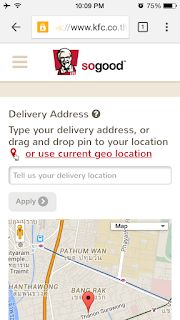 See? They seriously have an option to use the GPS pin from your WiFi or cell phone.

Again, no one uses GPS here.  In all honesty I feel like I should have given them directions like "u" turn at the monitor lizard... 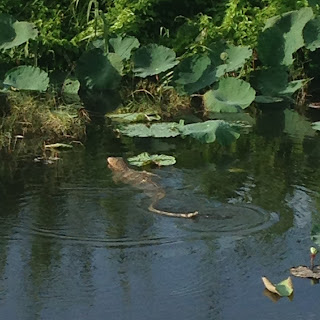 Then turn left when you spot the angry feral cat... 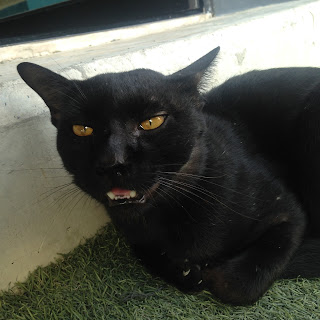 In all seriousness, those pictures were taken at the precise locations where those turns would need to be made.  Perhaps, if there is a next time, that is the route I will give them.

So, an hour goes by, along with seven phone calls from KFC trying to figure out where we are physically located.  Of course this all takes place where we are doing some horrible relay between the quasi-English speaking operator and the poor guy who had to bring our food the 10 km to our location.  About an hour goes by, and Eric was not amused.  At all. 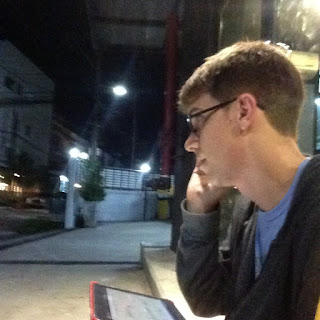 So, as we are waiting outside, hoping to hear the drone of a motorbike, KFC calls again, and this time we happen to be lucky enough to find a pair of guys smoking cigarettes that just so happen to speak both Thai and English.  Talk about the universe finally deciding to be kind. 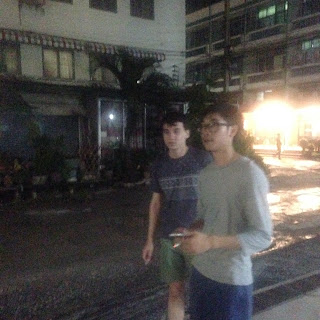 With a few calls back and forth between these two guys and the KFC driver, we finally get our food.  He was apologetic, but damn, an hour and a half to go about 10 km?  I mean, you could jog that distance in less time.  I think my record for a 10 km race beats that time by about 40 minutes. 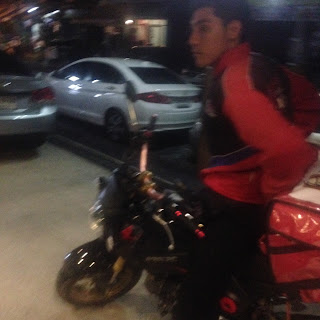 This is a photo of the worst navigator in the world.  Now, before you go and tell me that he might not have GPS or some crap like that... remember, he was calling us the entire time.  He had a better phone than I have...  I mean, seriously?  What the hell??? 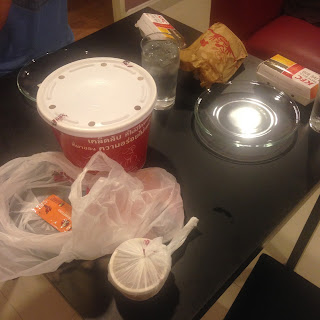 Finally we got fed though.  I guess in the end it all worked out, but the moral of the story is this: never freaking order food via delivery in Thailand.