Almost one full day in Thailand

Well, I have been incredibly lucky to have the help of some awesome friends who surprised me with setting up most of my apartment before I even got to Thailand.  After a few hours of sleep, I woke up, and went with Eddie and Eric to Bangkok.  This is about 20 miles from where I am living, so it would not seem like it is a far drive... damn.

Eddie is an amazing driver.  He has the most cat-like reflexes and must have eyes in the back of his head.  I have never in my entire life seen traffic like what exists in Bangkok.  There are highways that have eight lanes and drivers going almost any direction at any time.  While the main flow of traffic is creating new lanes going in a particular direction, there is cross traffic trying to go across this main flow.  The main flow is crazy enough.  For four lanes of traffic, there might be six to seven "lanes" that are created.  This is then coupled with the fact that there are motorcycles and people who want to change lanes or cut across the highway completely.  I will try and video it next time, it is insane.

Eddie reminds me of the Stig from Top Gear.  Yes, he is that good. 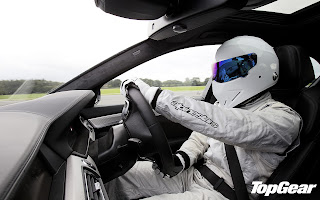 Take a moment of silence to honor Eddie/Stig. 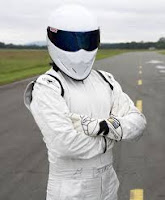 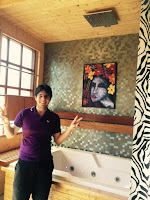 So, My new place has a pretty nice view.  We are up on the seventh floor, with a nice little balcony and a big wrap-around window.  I have no clue how panoramic photos will turn out, but let's find out:

It is one of the taller buildings in the area, so even thought there is a lot of foot and street traffic in the area, it is pretty quiet.  I love the fact that it also feels like it is above the skyline of Salaya.  To me, that makes it a great little escape from the clamor of the vendors in the street.

So, the trip to Bangkok was great, got to experience my first Ikea. 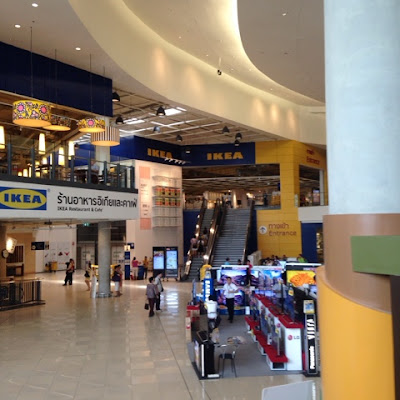 Ikea is pretty amazing.  It has everything, and it has one of the best systems I have ever seen to make sure that you walk out of there a few hundred dollars lighter.  There is no way to traverse the store without seeing and having a chance to purchase every single freaking item that you might ever need.  If it goes in your home, Ikea has it.

I will have more time later, and energy to actually explore Bangkok over the next while, so today was more of a surgical strike to stock my apartment.  Besides a few hangers and some other odds and ends that were forgotten, I think I am ready.

On the way out of Bangkok, I spied this beauty.  I have no clue what it is, only found the wikipedia page a few minutes ago, but hey, three headed elephant!  Why not? 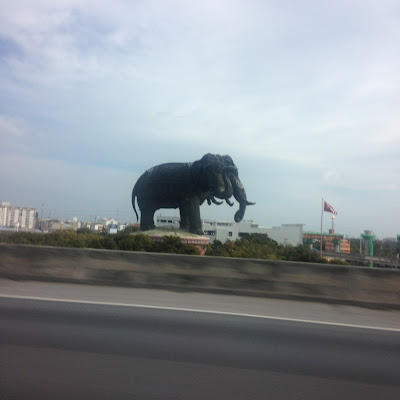 Also, it took me all of about 30 minutes this morning to blow my first circuit breaker.

Apparently one should not buy the cheaper electrical adapter.

Thankfully nothing lit on fire and I was able to find the circuit breaker box.

I was able to find a new one that runs on 220 volts though, so hopefully I have fully learned my lesson... 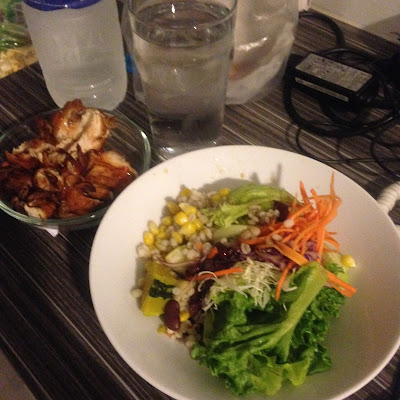 Also, each slice of what I am going to assume are some of the most amazing cake slices in the world are about a dollar. 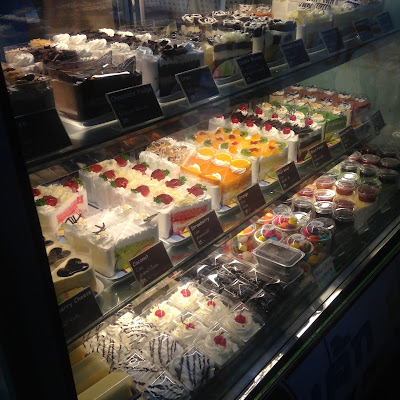 Not a bad day.  A bit of a lightning and rainstorm right now, but seems like pretty good weather to fall asleep to.  Granted it is still 90-something degrees outside and high humidity, but that is why air conditioning was invented.