Perhaps I just have not gotten out much, but they now have in-flight wifi! This is awesome.
Granted, there is probably not much that I can or want to do while flying, but hey, it is still a pretty cool feature.
There are a ton of bells and whistles to this aircraft, in-flight wifi, free seatback entertainment, maps and crap like that to  watch your flight slowly inch towards a destination. 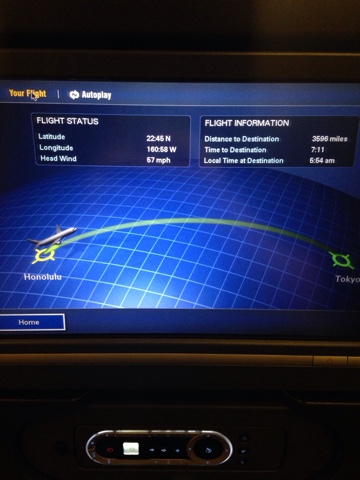 Somehow Tokyo is to the right of Honolulu. Granted, on a spherical earth this is quite accruate, as it would be in any direction from Honolulu, but I am hoping we decided to head left as it is a much faster route. I guess with only 7:11 left, we must be taking the westbound route.
The really funny thing, is with all these choices of in flight entertainment, I am having trouble choosing what to do. 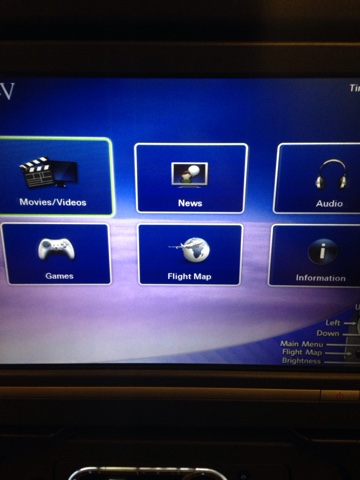 If anyone is bored, feel free to message me on Facebook or line. I have 24 hours of JAL wifi and I am going to use every last penny I spent.
The funny thing is that this wifi is faster and more reliable so far than the school I worked for previously. Sorry, had to say it. My flying tin can has more stable wifi. Win for JAL.
Well, with all this technology, it is time to settle in to my book. $18 well spent, plus about $8 for my book. All in all, should be an ok flight. 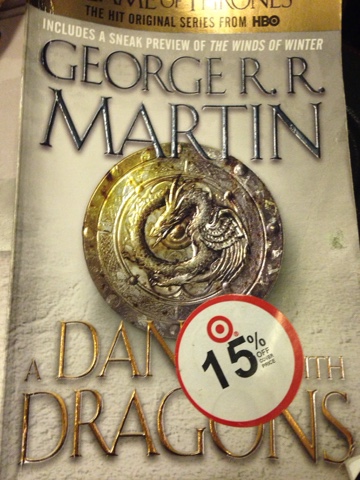 Hard to put down the book on a Tyrion chapter...
Posted by test at 4:04 AM