The Kindness of Strangers Part 2

I wrote previously about my interactions with complete strangers and how their kindness and generosity has restored my faith in humanity.  The first post is located here.

As I would consider myself a relatively closed-off person, these interactions really helped me to open up and see the world in a much more healthy light.  While I know that there will always be naysayers to traveling and interacting like this, I would rather take the risk and challenge my paradigm.

After our trip to Obama, we headed up to Sapporo.

This proved to be another amazing experience with a person that I had only messaged back and forth with via email.  Talk about an open and trusting person.  We arrived in the city and messaged our host.  He proceeded to tell us that his day had run a bit late.  Of course, when you are staying with someone else, you need to be on their schedule, so I wrote back something mentioning that it was not a problem and that we would find him later in the evening.  He replied back with where we could get a hide-a-key, and told us to let ourselves into his home.

Let that sink in.  He let us into his home without ever laying eyes on us.  I love the kindness of strangers.  He ended up taking us out to an amazing dinner.  Course after course was served.  We were not allowed to pay.  I tried to pay.  I really did.  I mean it.  The chef was a personal friend of his, and damn was the chef in the mood to cook! 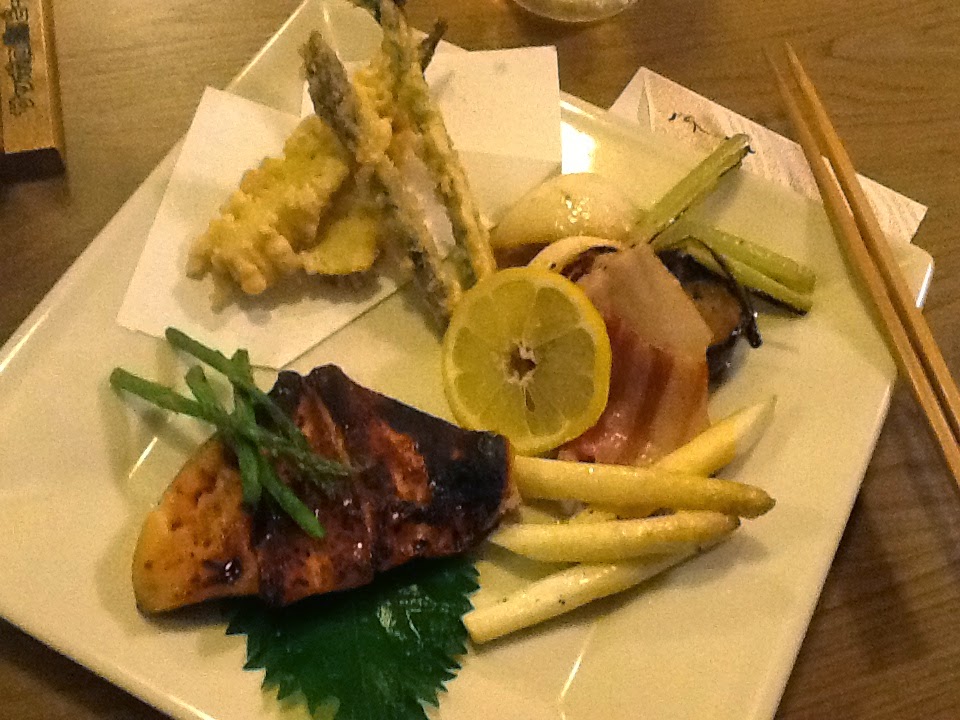 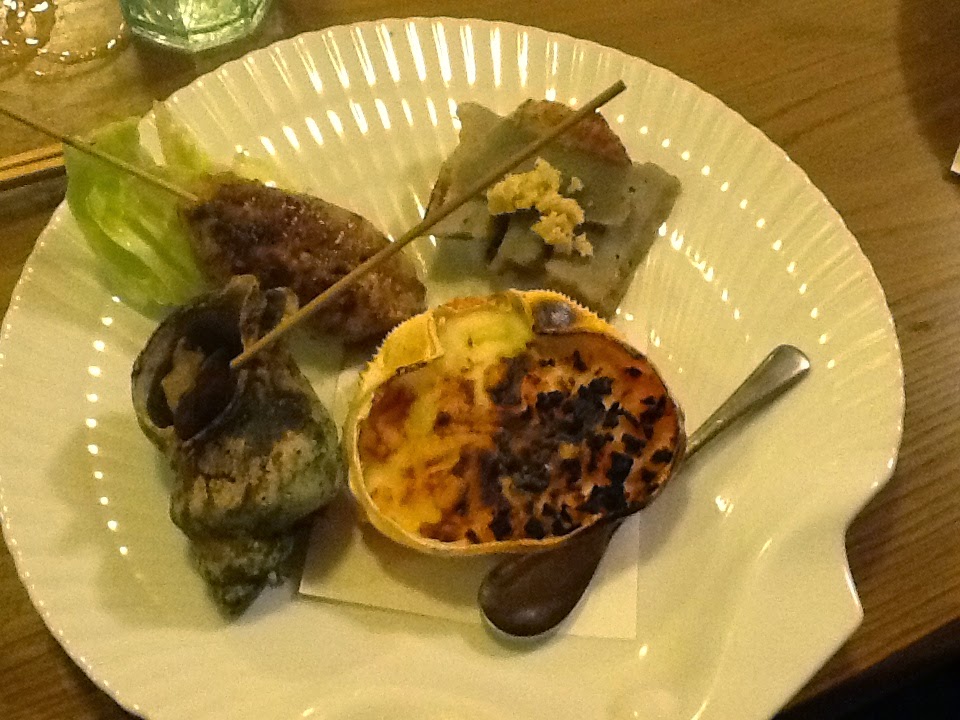 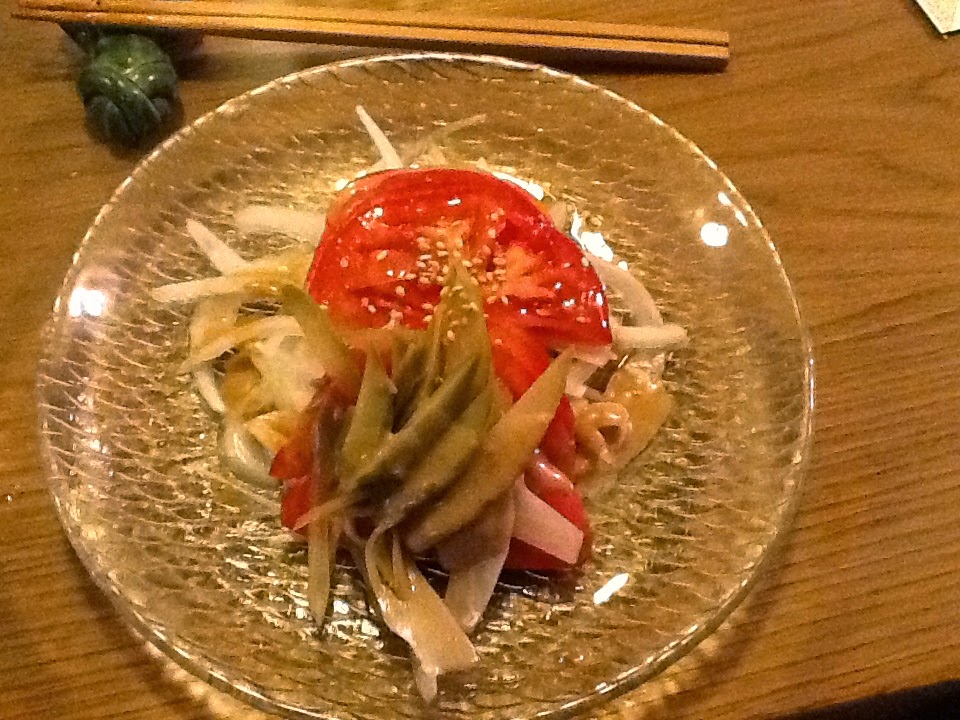 These were just the pictures that I remembered to take.  There must have been at least eight round of food.  Each of them had a story, and each one challenged our pallet.  My wife got to try things that I am not sure even exist outside of Sapporo.  Another random stranger that I would now consider a great friend.

After Sapporo, we got stuck on a plane.  In a hail storm.  On a tarmac.  For what seemed like hours.  Thankfully I was ready with Google Translate.

Google Translate is a vital application if you ever travel.  It should be listed just below remembering to pack your passport on your checklist.

I decided to strike up a conversation with the guy next to us on the plane.  We talked about our trips to Sapporo, work, travel, and anything else that kept the time moving while we were stuck there. 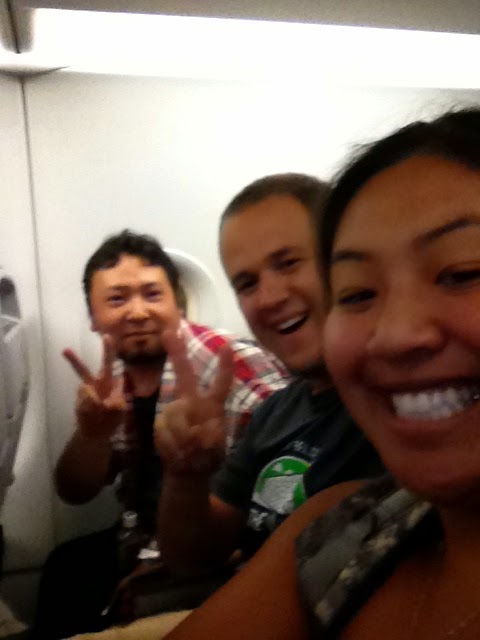 We got off the plane about two hours late.  It was pouring.  The trains were all late.  He waited with us at the train station in Narita airport until our train arrived about an hour later.  This caused him to miss his train.  We tried to tell him that we were fine and we could find our way, but he would hear nothing of the sort.  He took it as his personal mission to make sure his new friends found their way home safely.

We messaged on Facebook throughout that evening and I later found out that he missed his connection because he waited with us and ended up sleeping in a small connection station all night.
I had never met a person before him who would sleep overnight in a train station to help random strangers.  There is no way that my lack of eloquence can do justice to his kindness.

We had finally gotten on the train and of course, there had to be another delay.  We had a small earthquake.  This caused the train to be shut down for about twenty minutes while they evaluated all the tracks and sent us back on our way.  We made it to our destination a bit past midnight and were greeted like this - again, from a random stranger: 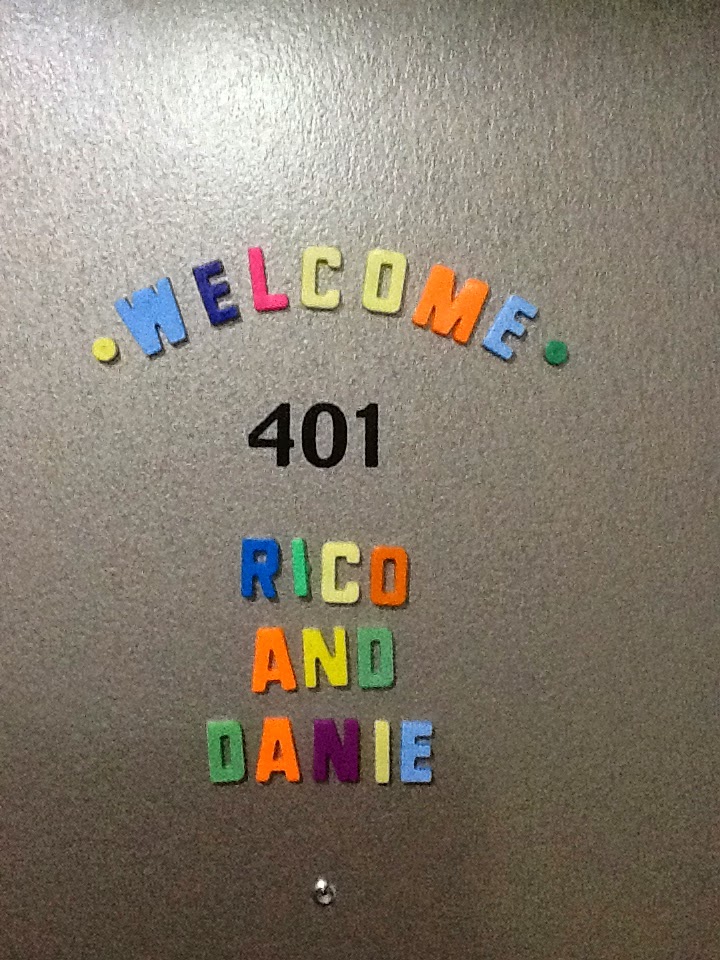 We stayed with our host for about three nights, and had a great time adventuring together.  We went to a baseball game, got directions to an amazing fish market, went geocaching, and made a new friend.  We still keep in touch today, and I am sure that we will get to meet up again on travels somewhere in that region of the world.

We ended the trip with a visit back to Fukuoka - our port of departure.  Of course, we had to meet back up with our friends who we had made when we came into the country and spent the day with them.  They came out to meet us for lunch and then had an epic owl adventure. 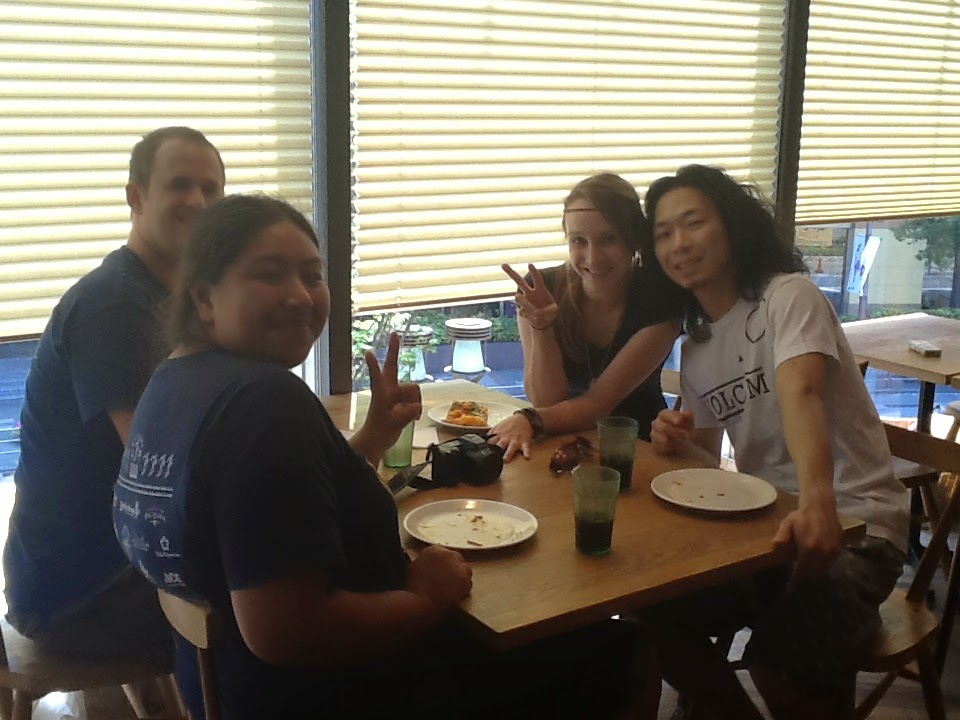 We always talk about opening our doors to strangers, helping those in need, and breaking bread with new friends.  We never actually do these things.  We can always make an excuse to not talk to someone who is different - language, religion, orientation, skin color, gender - but ultimately all of these differences can serve to enrich our lives, not divide us from our neighbors.

Take a chance, meet someone new.  You will thank me later.