Why Tortoises are Sociopathic Murder Machines

We had the opportunity a few months ago to take care of a pet tortoise for a few weeks.  For anyone who thinks that this is a good or cute thing, let me tell you now, it is far from that.  Tortoises seem super cute, they look like they would just putter around, making for cute pictures and taking up space in the corner of a room.  They straight-up suck at life.  They are the hell-spawn of reptiles.  Seriously.  I have no clue how something that slow can be such a terror, but what they lack in speed is made up in sheer terror inducing looks, sounds, and actions.

First off, tortoises hiss.  I never knew this.  We went into this adventure with instructions on what to feed the tortoise, how long to let it wander the yard during the day, and to just let it be by itself in the oversize dog carrier during the non-yard time.  Having a tortoise is much like having a convict in a maximum security prison.  The tortoise wants nothing more than to kill you, escape the yard, and probably wear your skin in the course of the escape.  I am pretty sure that when it was marking days on the side of the carrier and putting a poster over the hole it was slowly digging with a rock hammer. 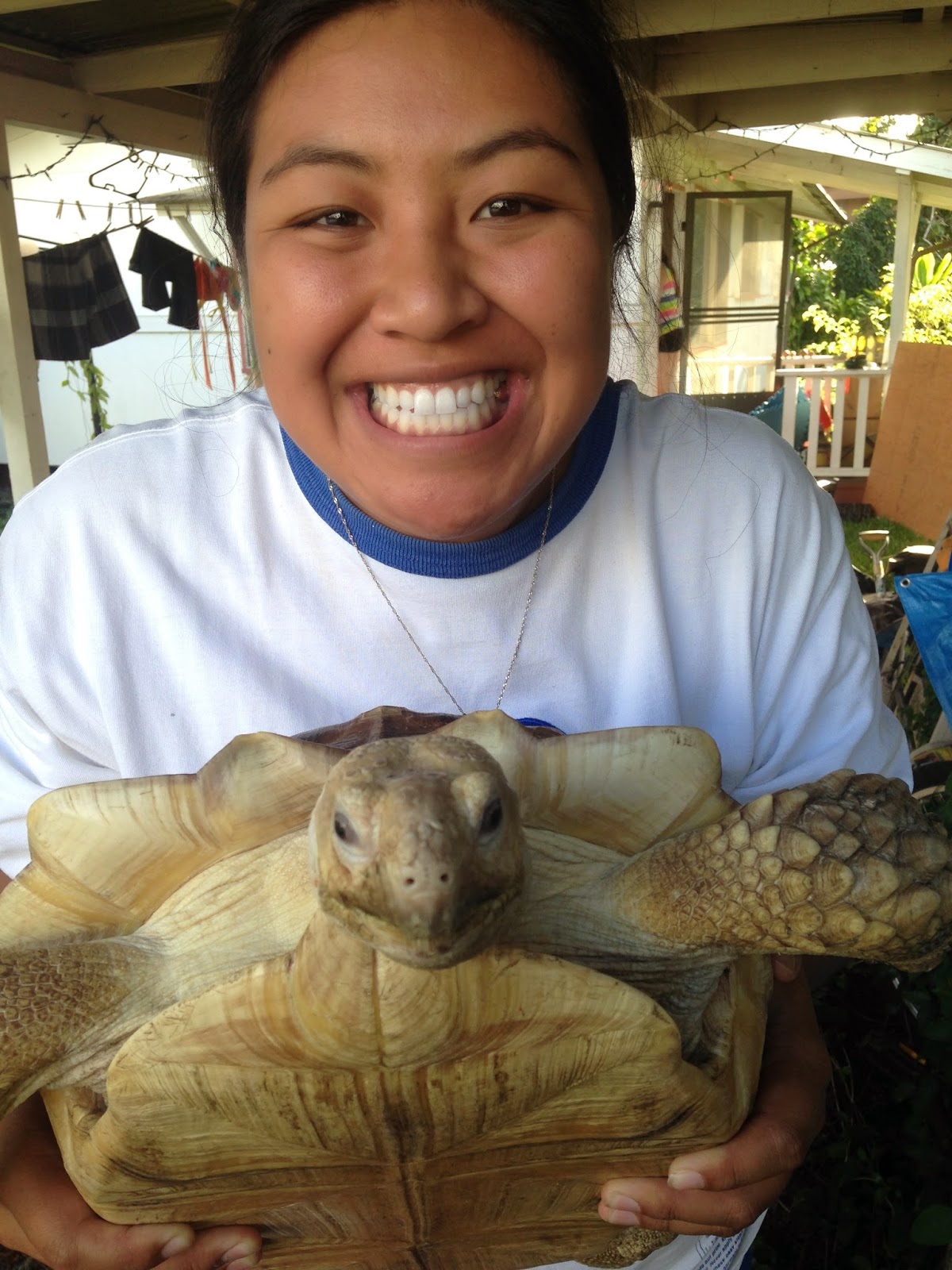 Yeah, sure, it looks cute.  My wife is holding it and smiling.  Something might be wrong with her.  If you got to close to the head, it would hiss violently and retract into the shell.  Too close to the other end and it might poop on you.  It also had this weird thing that it did every few days where it pooped out while calcium deposits.  No clue what the hell that meant, but yeah, pretty sure it was just possessed by Satan.

See, the problem with tortoises is they lure you in with a false sense of calm.  They are just slow moving animals, the size of dogs, that will outlive you.  They know they will see your demise.  You know they will slowly dance on your grave.  There is no elaborate symbiosis here, just them using you for food and then hissing at you if you show any affection. 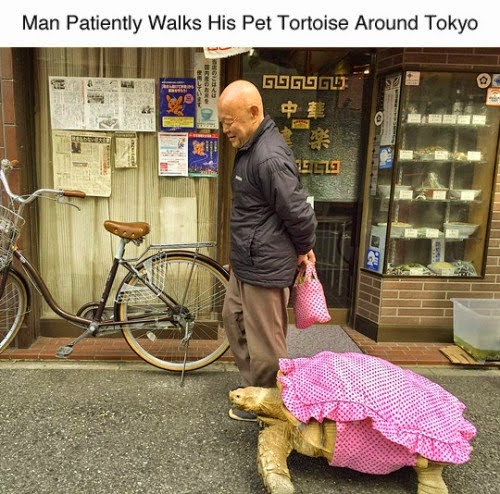 I am betting they were both born the same year and that tortoise will probably get passed down like a suit of samurai armor.  I can only imagine when the grandson get it in some elaborate ceremony... oh the look of elation as he inherits the noble family tortoise.
Now, of course the tortoise loved to wander the yard, making hissing noises, chomping on plants, and generally terrorizing the neighborhood, but it was the cage that was the scary locale.

It would throw what I am going to call "turtle temper tantrums" - I love a good alliteration.

It would spend a half hour out of every few hours trying to climb the side of its cage, making horrible scratching noising and sounding like it was murdering a small animal.  It was terrifying.  It wanted out.  It needed blood.  I am so glad it did not have the ability to use thumbs and open the cage door.

My wife thought it was cute.  She would let it wander the house.  I remember quite clearly laying on the bed and looking down towards the door.  This is what I saw.  Slowly moving down the hallway, not that dissimilar to a shark going in for the kill, was the damn tortoise. 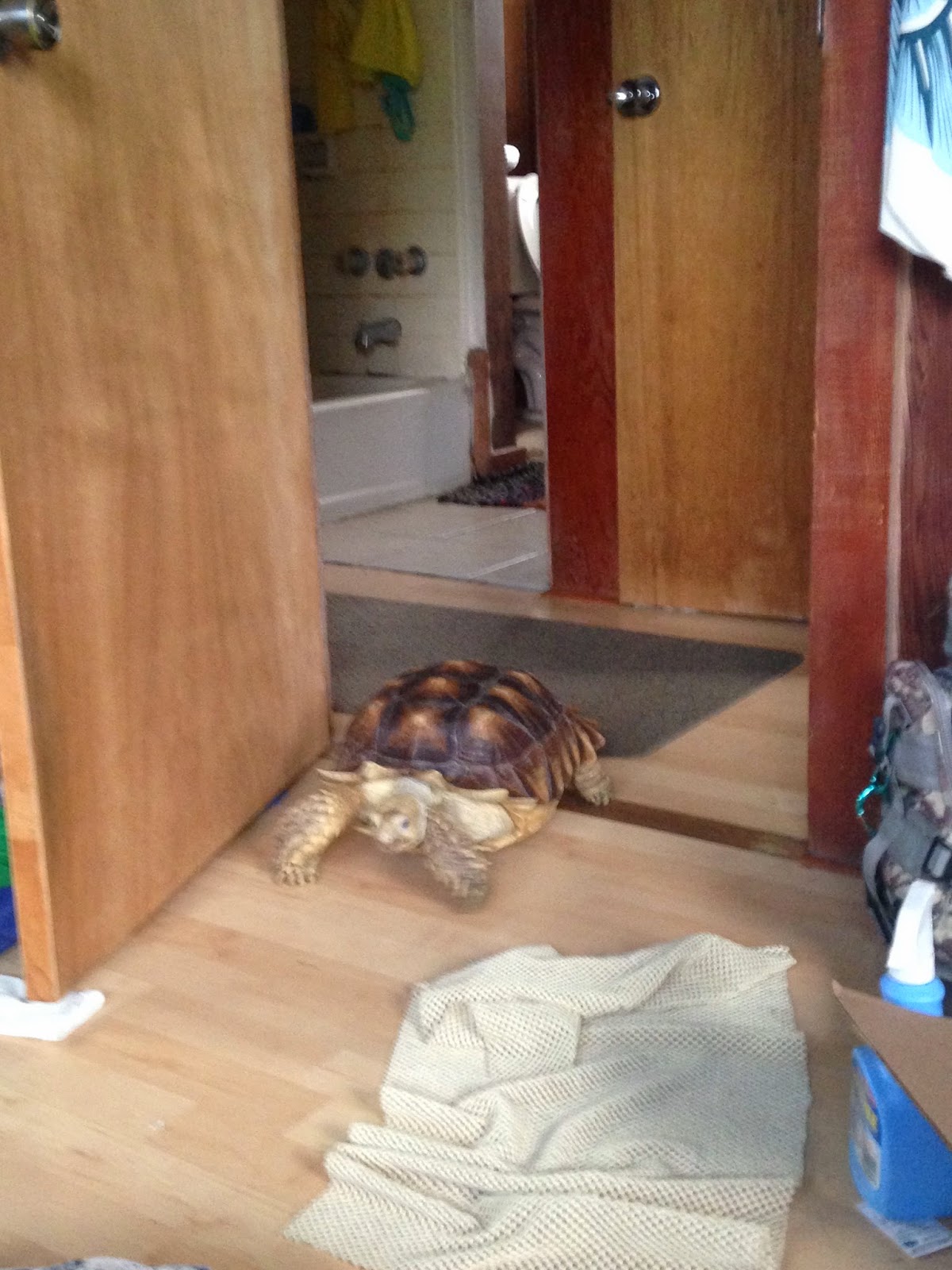 I am not going to lie.  I stayed on the bed.  Thankfully the damn thing did not know how to climb up on the bed.  It also had a heck of a time attacking the mirror image of itself in our closet door mirror.  What a sociopath!

I swear, for the two weeks we had that damn tortoise, I thought the last thing I would see one night would be it standing over my face, about to dive in for the kill.  I did not want that creepy beak to be the last thing I ever saw. 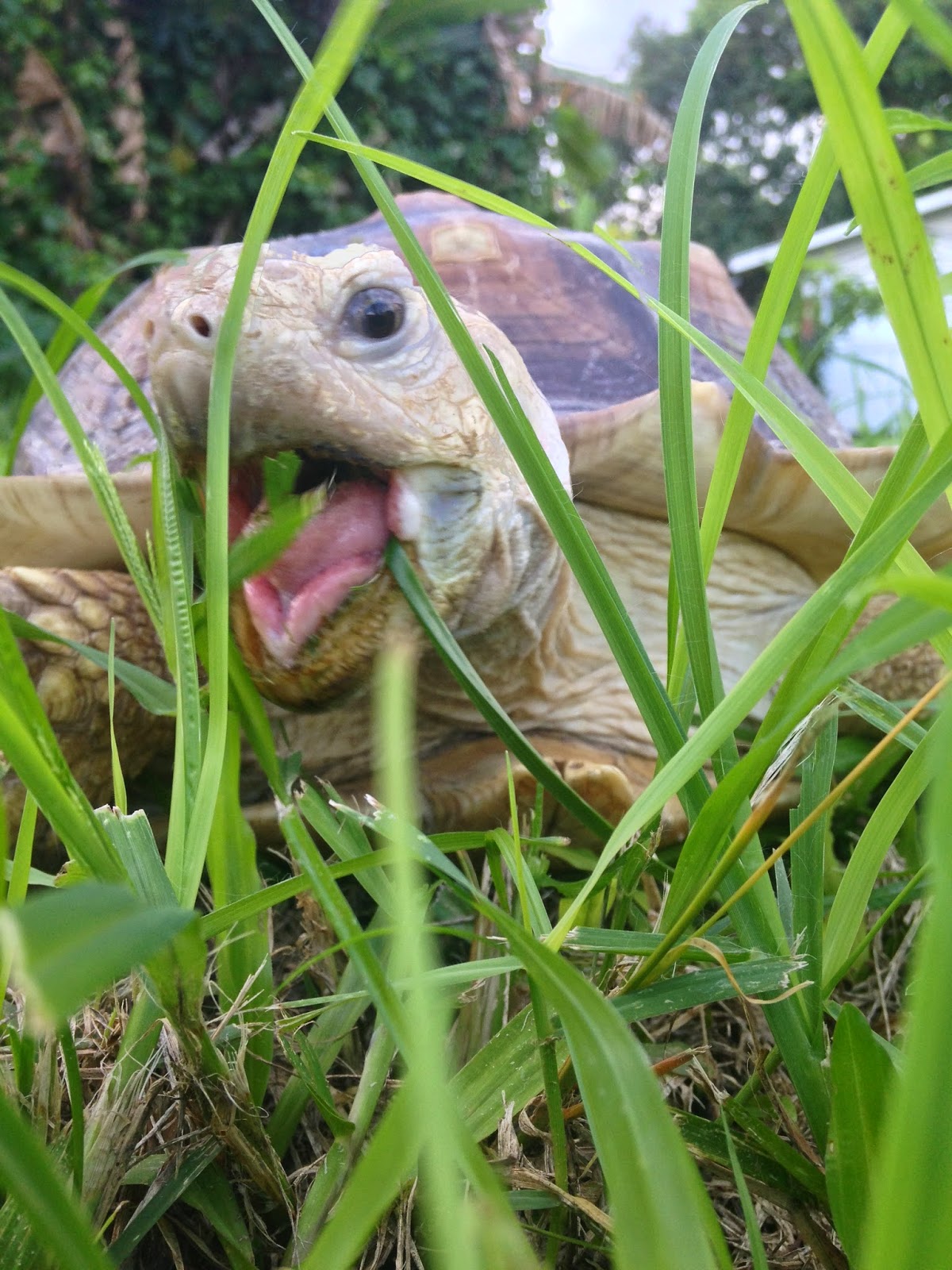 I can only imagine it saying "nom nom nom Rico blood."

To give you a feeling of just how terrifying they can be when they attack, here is a video I shot of it munching down on some perfectly healthy and defenseless orchids.

Time-lapse movies sure make a tortoise attack a lot scarier...