Out of all of the artwork that I was able to see on my trip to Rome, the little known painting that sits just outside the Sistine Chapel is my favorite.  Most people on their pilgrimage to the Sistine walk right past it, and continue on to the small room that has a pretty fancy ceiling.  Little do those people know that the fresco and paint that they walked past is probably one of the finest examples of inclusion in the Catholic Church.

Besides the fact that I am a math teacher and pretty much anyone who was anyone appeared in this painting, the most amazing part is that it was commissioned by the Catholic Church, which was not known at the time for being a very accepting place for anyone who was not white, male, and rich.  If you did not happen to fit into that category, you were very much a second class citizen within your own religion.  Times have changed of course, but that is why I love this painting so much, it was centuries beyond the paradigm of the day.

Take a look at the photo, see if you can notice the subtle diversity: 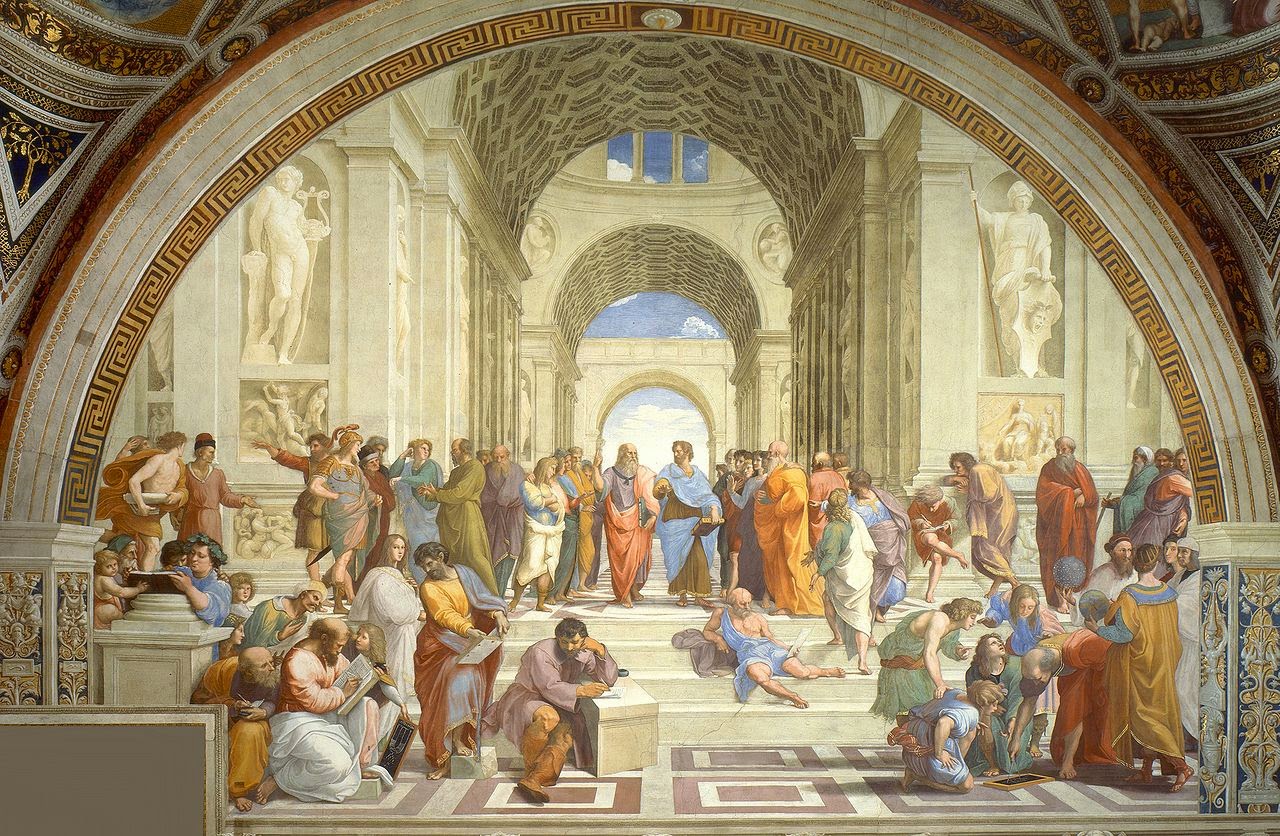 Is that a brown guy talking to a white chick in the lower-left of the picture?  Check it out.  See that moody guy sitting there on the desk or whatever?  Look to his left.  Brown guy and a white chick.  Awesome.  Wow, also check out the archway on the right side.  More brown guys!  Way to go Catholics!

This was the early 1500's.  The Arab world had created math and pretty much everything else worth living for centuries earlier than most of the Western World, but of course very few Westerners were willing to acknowledge that in any way whatsoever.

Not Raphael.  Homie don't play that.  In a time of crusty white people pretty much ruling anything God/Government - he threw an awesome display of diversity right down the street from the seat of power. Talk about a rebel.  Makes Banksy seem kinda like a poser.