How to fit a dozen people in a station wagon

I am sure that everyone is aware of just how many people you can fit into the stereotypical vehicle.  We have all been on that "road trip from hell" where there are four people in the back seat of a car specifically designed for just three.  You know that feeling when your "bubble" has been invaded and the next time you get bumped, someone is going to die...

If you have never done this on a road in Samoa, where you have a dozen bodies and suitcases in the same station wagon, you don't know shit.

Let me start with the explanation that the roads in Samoa leave a bit to be desired.  Once you leave the main airport area, it is pretty much a free-for-all on road maintenance until you hit downtown Apia.  By Google Maps it says that is is a quick trip - about twenty miles or a bit above a half hour of driving. 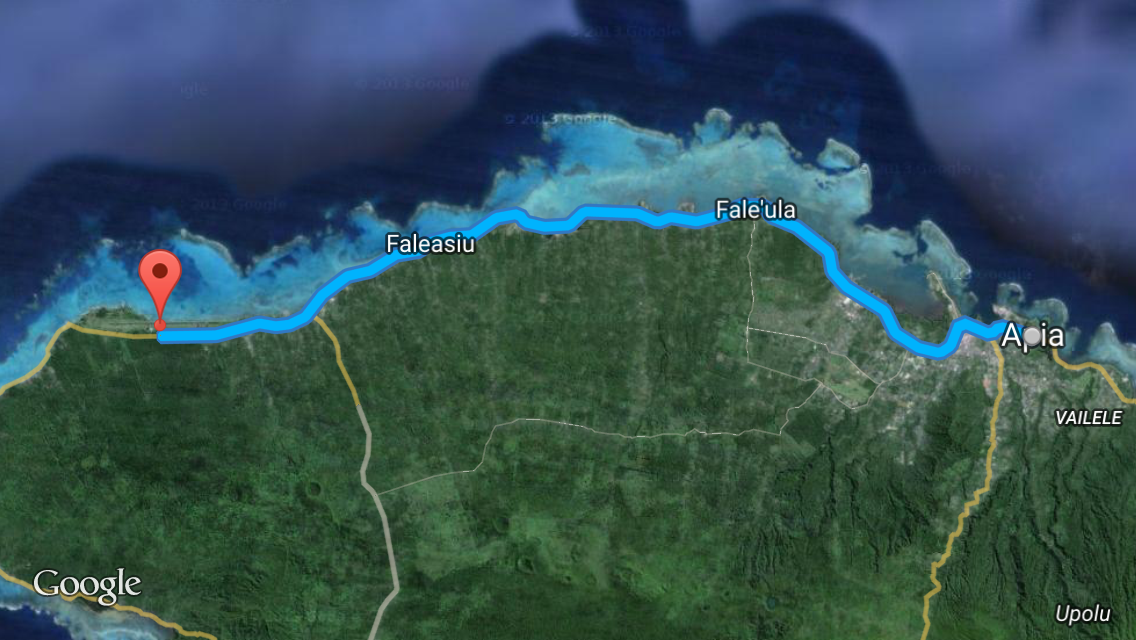 Our story starts late in the evening.  Most of the flights heading out of Faleolo International Airport that head direct to Honolulu, Hawaii take off at some ungodly hour.  I think ours departed at about 11pm.  Yeah, major load of crap.  Of course it was running late, which made for an even later flight, but we did not know that at the time.  It seems like one plane does the Honolulu - Samoa - Fiji - Australia, and back, voyage.

We had spent the week with some family in a small village outside of Apia, which is the major port-of-call for that side of the island.  If you have never been to Apia, it is actually a very awesome town.  It has some distinct districts, with cool alleys that are sporting anything from bootleg CD's to fish.  We never knew quite what we were bound to find when we turned down one alley or the other.  While it may be quite lacking in size, it has a very rich history and the people of Apia are some of the friendliest that we have run into.

Just make sure to carry a few golf ball sized rocks with you.  More on that another time.

The flight was due to leave at a bit after 11pm, and we started on our journey at about 8-9pm.  It is on island time, so we left whenever we all got around to leaving, with the intent of getting to the airport whenever we ended up getting there.  Of course, my need to exactitude was already dead inside, and I had just accepted that "I'll see you at noon" could mean sometime between about 9am and dinnertime the following day.  Things are done differently when one does not ever have a pressing rush to be somewhere.

We all piled into a small station wagon.  This of course was not some luxury station wagon, but the typical few rows of seats and a hatch-back trunk.  Our gear went in first.  This consisted of three large suitcases.  No big deal, trunk was mostly full.  All good.  Then everyone got in.  I mean everyone.  Then more people got in.  Somehow we got all 12 people into the same station wagon.  It was an amazing orchestrated event with some people splitting laps while others were laid across the top.  Even the suitcases in the trunk were utilized as places to lay down and somehow pack more bodies into the car.

Then came the pothole jarring, swerving to avoid rocks and pigs, 3,960 B.T.U.s of body heat hour-and-a-half long car ride to the airport.

It was one of the longest car rides of my life.  We were sweating, we were getting carsick, we were doing anything we could to try and sleep, so as to block out the event.  It may not seem that bad, but try cramming yourself and your nearest 11 friends into a space the size of a bathroom and then bump into each-other while turning up the heat and humidity.  Yeah, not fun.

All of us made it to the airport.  Not because Faleolo International Airport is anything special, but because we were family.  That is what family does.  They had taken us into their home and they sure as hell were going to send us off in style.  Sometimes enduring is an act of love. 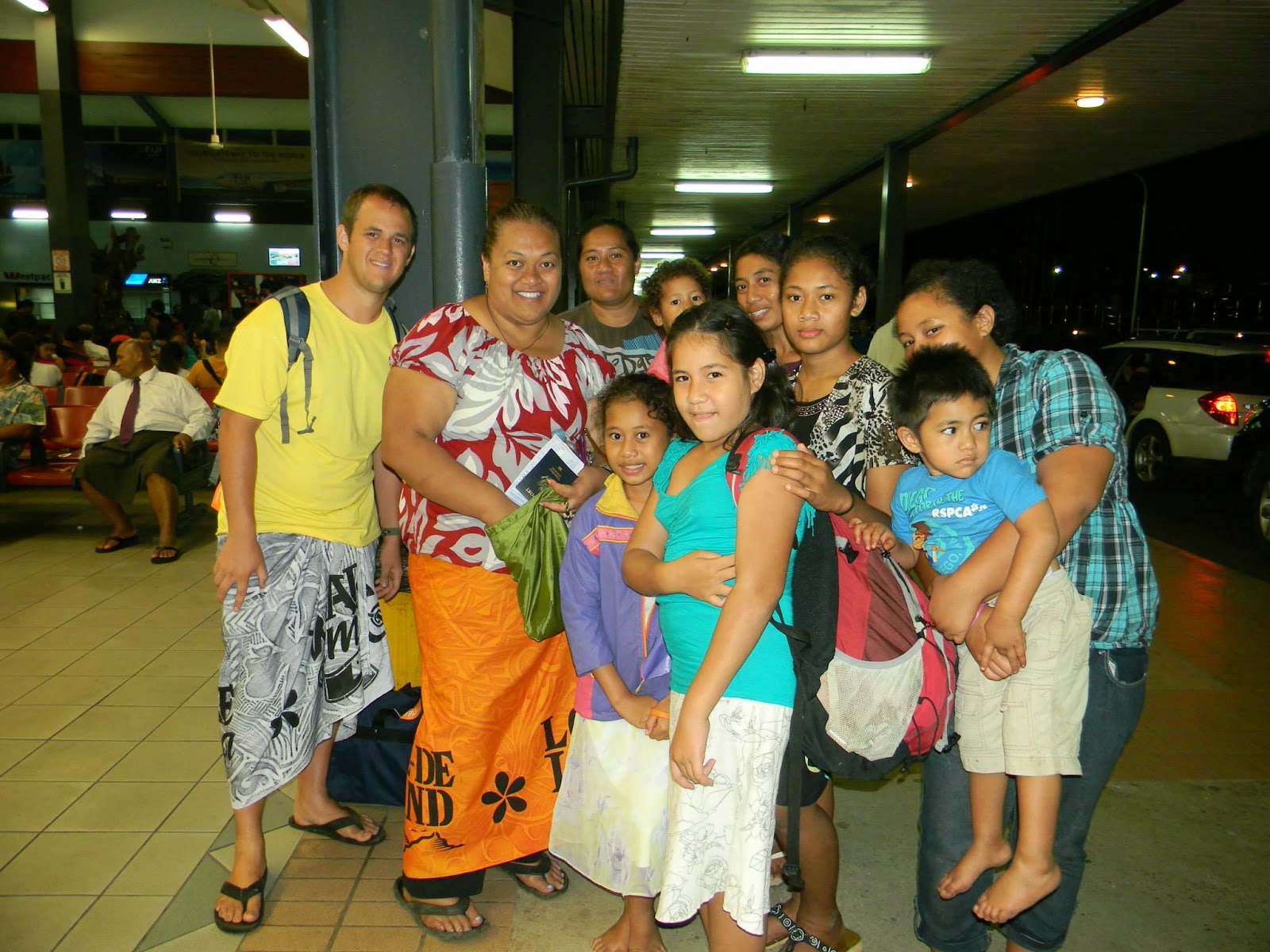 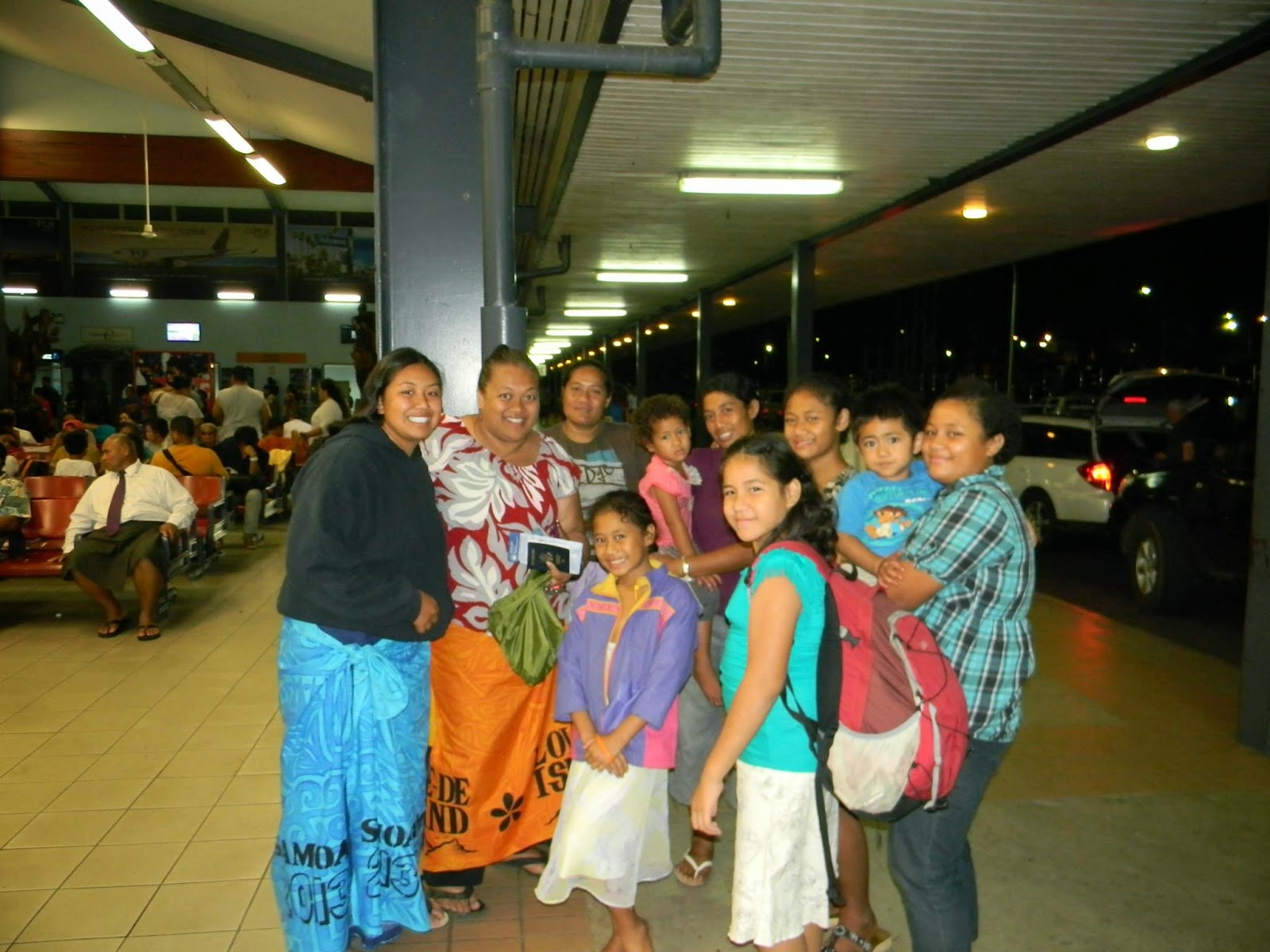