Asakusa - Best Geocache in Japan (That We Found)

In a country that has more technology than the USS Enterprise, sometimes the simplest geocaches take the cake.  While geocaching still feels like it is mostly a newer endeavor in Japan, it is nice to see that some of the creativity that would be found in certain cities in the United States is reaching overseas.

On our whirlwind tour of Tokyo, we ended up near Asakusa, so we decided to see some of the local landmarks.  Of course this meant that I needed to bust out my iPad and see if there were any geocaches in the area.  Oddly enough I was about 100 feet from the nearest, and it just so happened to be my favorite of the trip.  The cache itself is a rare example of how to perfectly hide a large-sized geocache in an incredibly busy urban area.  It is extremely easy to search for, though it was well hidden, but we were never more than about five feet from an unsuspecting muggle (non-geocacher).

The best part is that I was being actively watched by a person while I was looking for the cache.  I waited for him to look away and grabbed a box a bit smaller than a textbook from the hiding area.  The look on his face when he turned back and saw me holding some mysterious box was priceless.  I signed the log, waited for him to lose interest again, hid the box, and walked away.  Then I waited.  There is nothing more hilarious than a person who thinks they figured out some secret looking to prove their assumptions, and failing miserably.  I hid and watched for about five minutes while he searched and searched for whatever object I had hidden.  He never found it.  Win for geocaching! 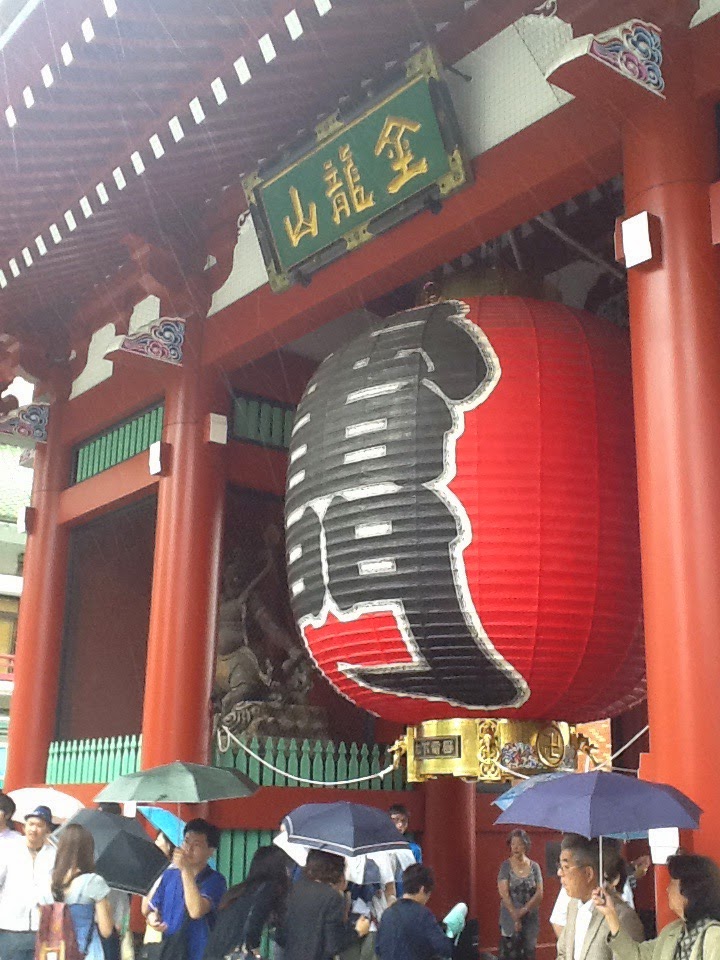 After passing under what appears to be a giant red ball, (which of course is probably something a bit more important than I am making it out to be), we headed towards a pretty tall building off in the distance.  This was the first time while in Japan where I felt that we were in a complete tourist area.  There were vending booths with massive amounts of different trinkets and other things that were incredibly over-priced.  It was a cool area, but just way too crowded and busy for someone like myself. 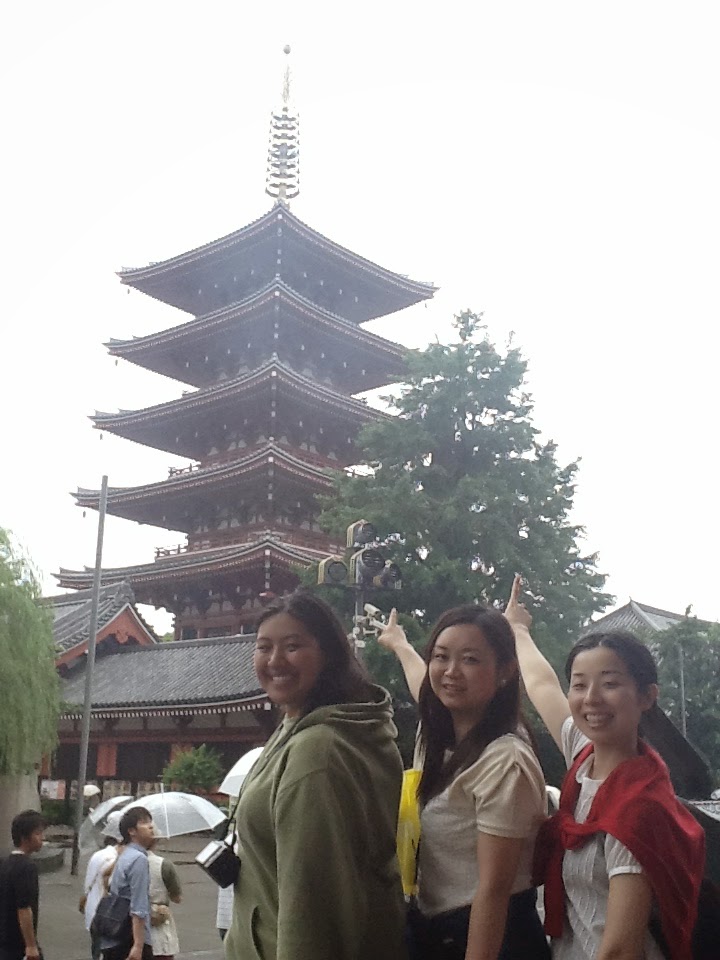 We had some great tour guides - a few friends from Danielle's time in school in Daito Bunka - and had a great day of exploring different areas in Tokyo.

One of the weird things that westerners have trouble getting used to is that the temples and spiritual places are marked on the map with a symbol that we tend to view as quite bad.  Of course there is a long history of how the Asian symbol for the location of a temple happens to be quite similar to some flags and arm-bands of a time period that Germany does not like to talk about.  I am sure you can do the research if you so desire.  Just kidding, I did the Google search for you.  Here you go.   If you look closely at the incense sticks, you can see what I mean. 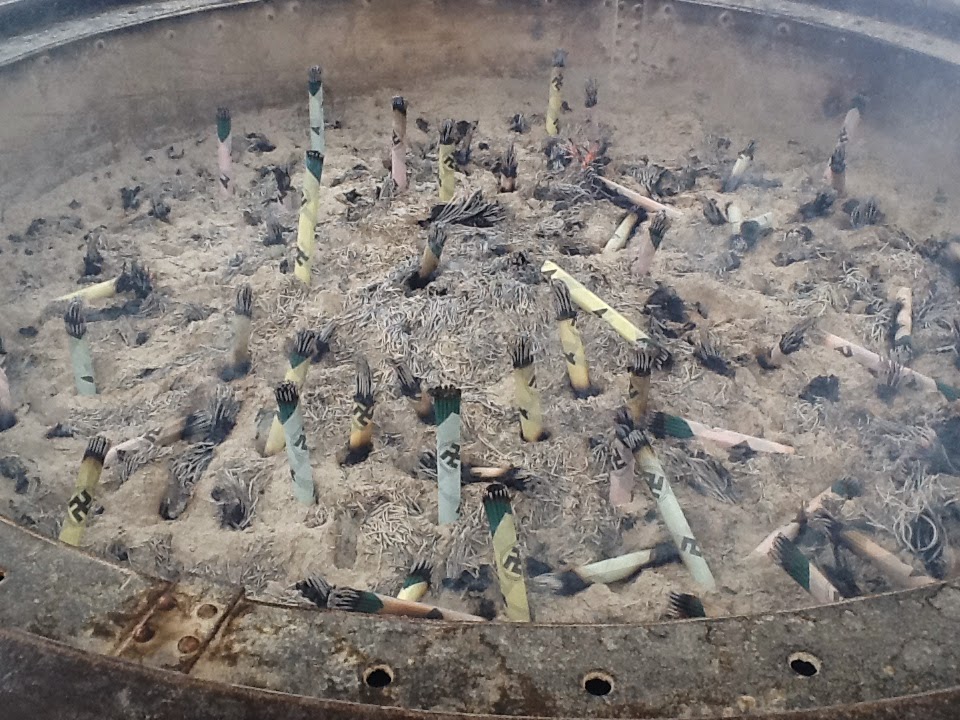 One of the important things to do when you travel is to try to leave your assumptions at home.  Yes, things are done differently, but you need to try your best to assimilate.  There is nothing worse than seeing that "typical" American tourist who refuses to try the local food, won't take their shoes off when they enter a building, and find anything that is different offensive.  Remember, when you travel, you are a guest, you don't make the rules.  You will be amazed at how much you can learn just by asking questions, and being open to expanding your world view.

We spent the rest of the day wandering Tokyo, enjoying bookstores, coffee-houses, and just seeing and experiencing everything we could. 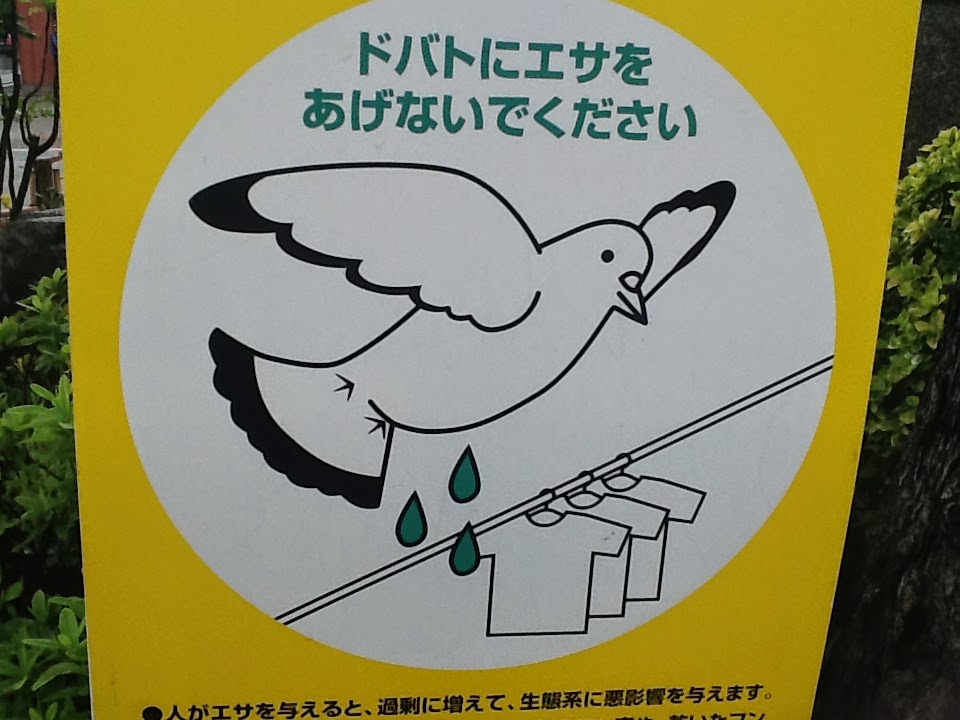 Just Watch Out Below