Stairs, Shrines, and the Wrong Bus

All of Japan is absolutely inundated in stairs.  Everywhere we went, it seemed to be a country that was never happy with the current horizontal/vertical alignment, and decided that it needed to rectify the situation by adding some new feature 500 stairs higher than the old feature.

Despite our fear of stairs, we decided one day to visit the home-away-from-home of my wife, a college called Daito Bunka.

Of course, that would be if we could ever make it to Daito Bunka.  The college is set a few miles away from the main train station, but it does feature a free shuttle for students.  We slipped onto the shuttle, (of course I stick out like... a large white person surrounded by less-large Asians), and take off for the university.  We arrived at a splendid campus and walked around, taking in the views and seeing the different buildings.  My wife lamented to me that things had changed so much since she had last been there.  She did remark that a friend who was recently there had mentioned that there was a lot of new construction, so we thought nothing of it and carried on on our adventure.  After some time we stopped and sat on a beautiful bench near a wooded area.  I could tell that she was visibly dismayed that the college has changed so much, so we decided to head back to the train station and leave.  That is when it hit us - we were at the wrong damn college.

We were took the wrong bus.

We were in the wrong part of town.

No wonder nothing looked the same.

Back at the train station we hopped on the correct bus (again, I stick out like a large white person in Asia, but my blending skills are at an epic level, and no one questioned our presence).  Perhaps the college has token white guys?  I will have to look into this at some point in the future.  Perhaps I am just that good at blending...

We arrived at Daito Bunka and she immediately recognized the correct college.  Glad to know not much as changed.  We set out on fulfilling an item on her bucket-list.  She had lived here for a year and had heard there was an old temple nearby, but had never had the ability to find it, nor the time to go see it.  It would prove to be the next quest in our journey to climb every damn stair in Japan.  I swear we were going to start throwing up from elevation sickness just off of how many damn stairs we had to climb.  No wonder there is no obesity problem in Japan. 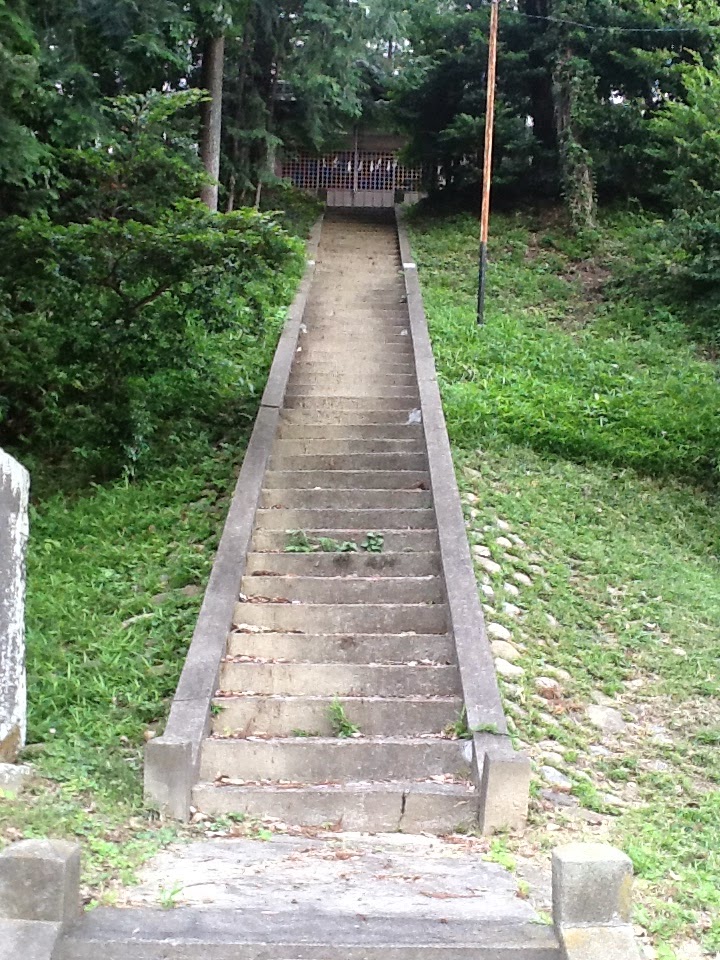 After much huffing and puffing, (sorry, had Goldilocks, so I had to go for a Three Little Pigs reference), we made it to the top.   It was so worth it.  What an amazing find.  It was like the temple that time forgotten.  Granted, whenever I think of a situation like that I immediately think of Indiana Jones and the Temple of Doom...

At Least it is Not Stairs! (Photo Credit: 1)

When one comes across a temple that looks like parts of it have not been touched in quite some time, you half expect it to be something out of Indiana (poison darts, snakes, and Short Round).  This was just immense beauty.  There were stone carvings that must have been older than the written history of the United States just sitting there, no attempt made to keep anyone from touching them, let alone moving or disturbing them. 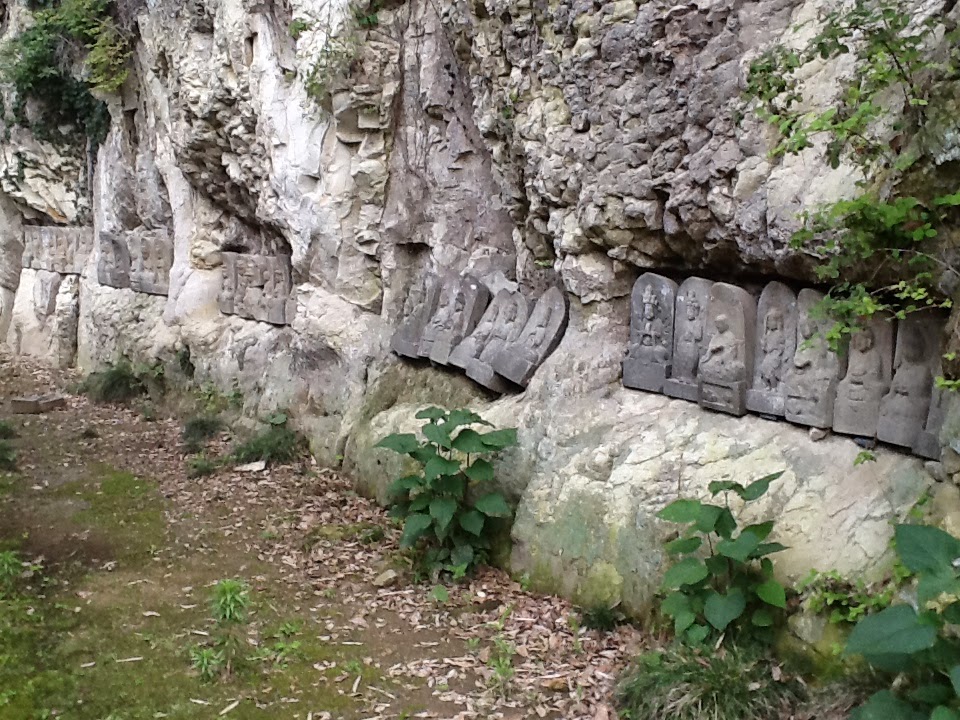 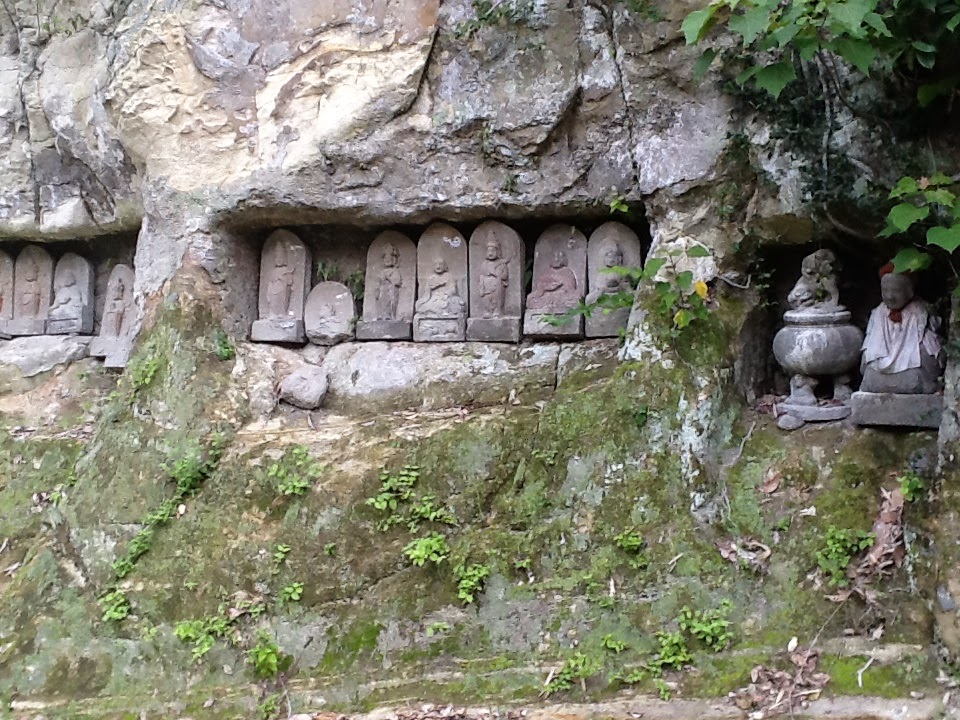 Tucked away in little alcoves were figures carved into rock slabs that were about a foot and a half tall.  These were surrounding the temple grounds that were on the hillside overlooking the town.  Here we were, on a temple that had obviously been in use for hundreds upon hundreds of years, that looked like parts of it had not aged a day for a millennium.  It was absolutely beautiful.

We found more stairs that took us a different way back to the university, (oddly enough through a tunnel in the side of the mountain), and finished off our day with warm ramen at a small shop in town. 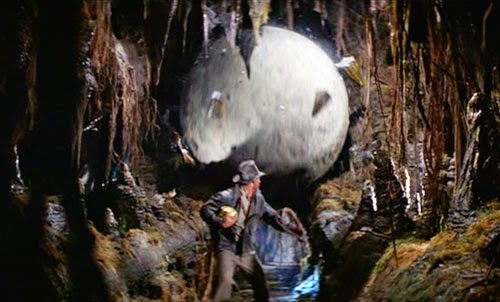 At Least the Tunnel was Safe! (Photo Credit: 2)

The ramen place was extremely seedy looking, smoke drifted in the air from the chef and his one patron.  There were beer bottles-a-plenty, and a bit of an angry look when we walked in.  I am sure we disturbed the plan of drinking together, and watching the small TV that was in the shop long into that stormy evening.

Note: The ramen shop owner was very proud of his pork, which came from a shop in Kawagoe.  I would be doing a disservice to him, but not mentioning how proud he was of those pigs.  He even showed us a brochure featuring the pigs and vegetables.  If you are going to do something, do it right!

Damn, he sure was proud of that pork.