We had a few hours to kill before our flight took off for Tokyo, so we decided to wander and geocache while our laundry was running in a combo washer/dryer in downtown Sapporo.  In my infinite wisdom, I suggested that we explore Maruyama Park, which was reasonably close and seemed to hold a few geocaches.  While I have many irrational fears, this knee-jerk suggestion was about to add one more to the list.

You know the adventure is bound for greatness when you are greeted by a sign like this at the beginning of the path.  Talk about perfect! 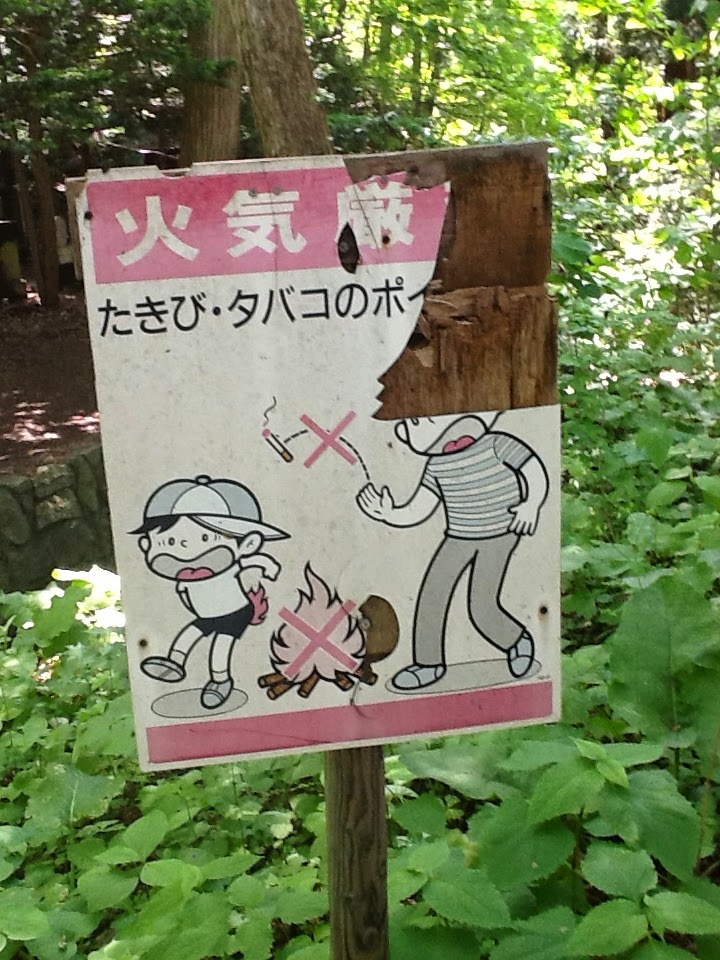 Illegal to Light Butts on Fire

This seems like a perfect idea!  There is also this fabulous sign, which I can only guess is telling park-goers to not hit golf balls at dogs? 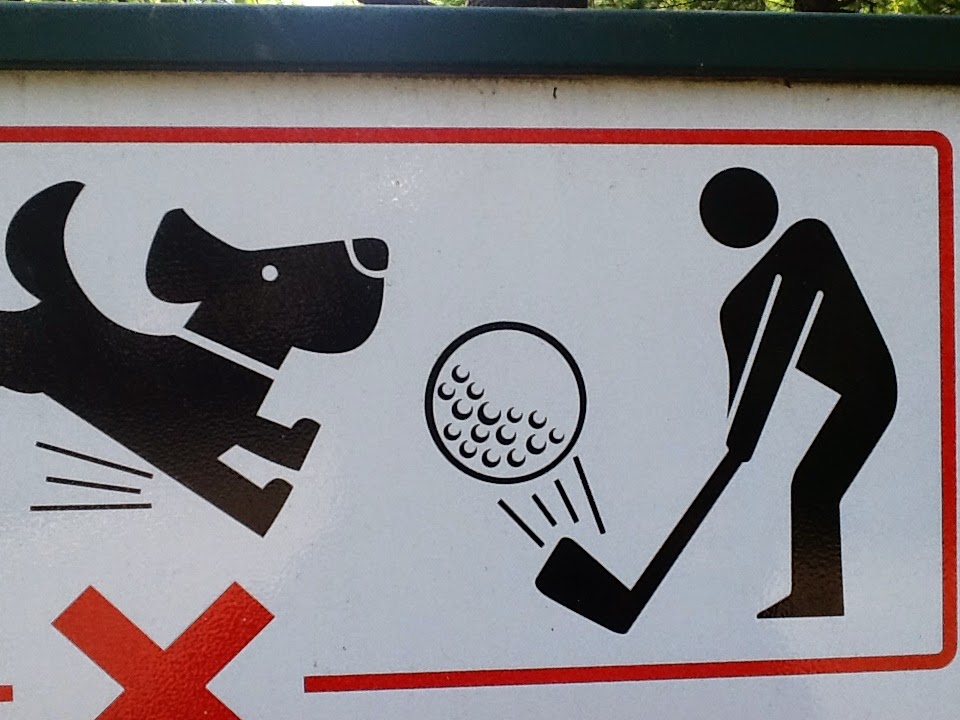 As we had no matches, golf balls, or dogs with us, we figured it would be safe to venture into the woods.  This of course leads me to wonder now what would have happened if I were to have been hitting flaming golf balls, but I digress.

We wandered around with my wife taking pictures while I was looking for various geocaches.  Sadly it was a complete bust on geocaching in that area, but there were plenty of beautiful things to see and new phobias to develop. 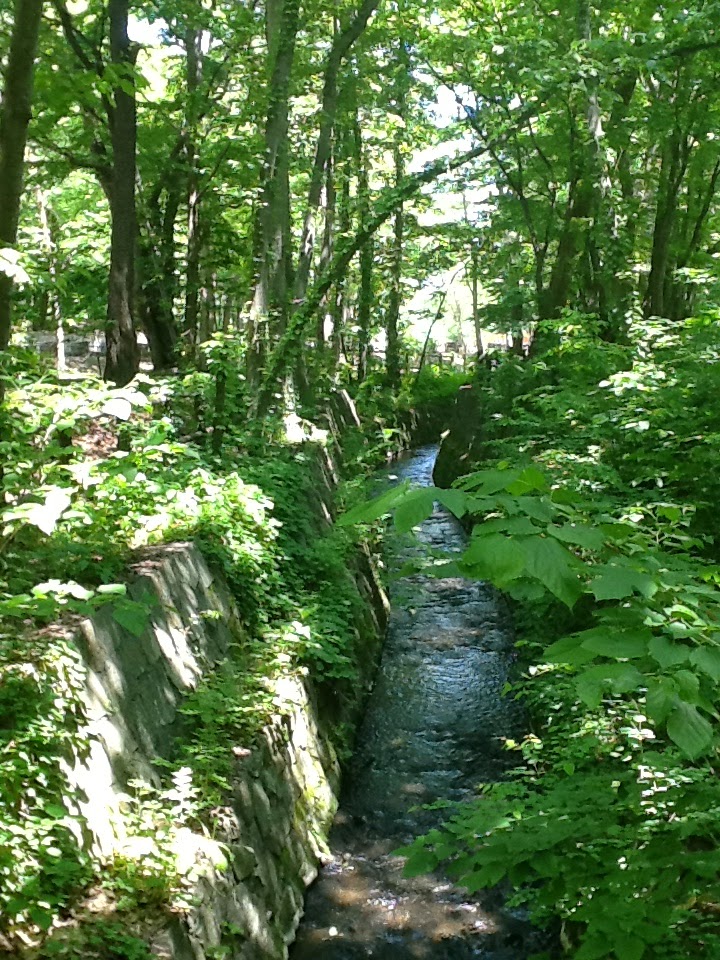 We walked around aimlessly until we found a pretty cool shrine with lots of fox statues.  Naturally we had to stop and take pictures of them and admire the chipmunk that decided he wanted to tease us by not allowing us to get close and photograph him.  He was so selfish. 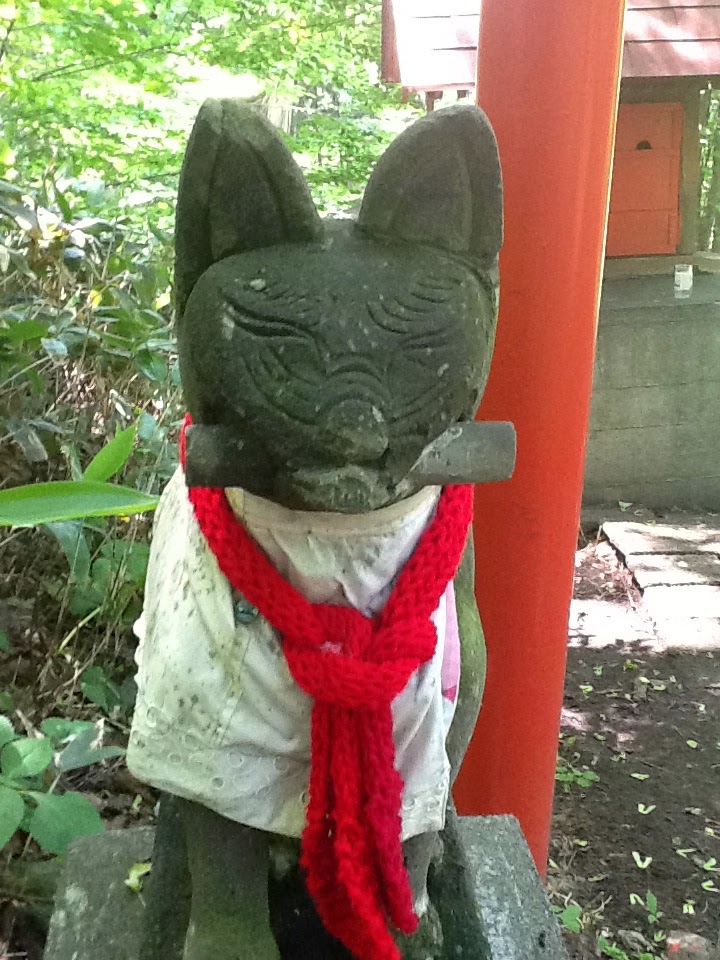 Soon after this is when the proverbial shit hit the fan.  Nature got tired of me.  The forest rejected me and used its crebain-like crows to usher me out.  At first it was as just a bit of chatter coming from one crow.  Then it grew.  Soon it was like the crow was just chanting a war-cry that would end only in my running scared and hiding somewhere a few miles away, or with it standing over my body in triumph.  Thankfully I took up running a few years ago. 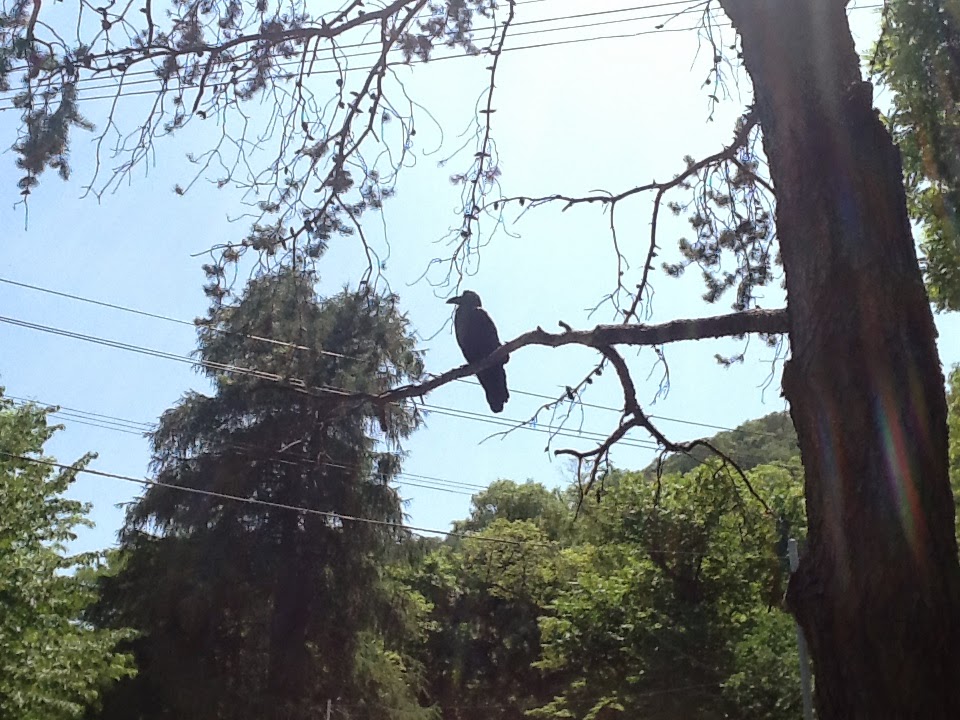 I remember looking at my wife, knowing that these crows were going to attack and murder me.  I also remember telling my wife that they were angry and we should move, but she continued to take pictures of various trees around her.  One swooped and hit me on the head with a wing (I am guessing that it had a ten-foot wingspan, but this could just be my faulty memory, and how terrified I was of the situation).  It swooped again, and I took off in what I am going to call a controlled and graceful walk.  I am sure it looked more like a arm flailing, full-grown man running from a bird, while cursing uncontrollably.  It not only followed me out of the forest but another half-mile until we were at the edge of the park.  All the time it was calling out, challenging me, warning me.  It was the champion of the forest and I had been shown my place in the pecking order. 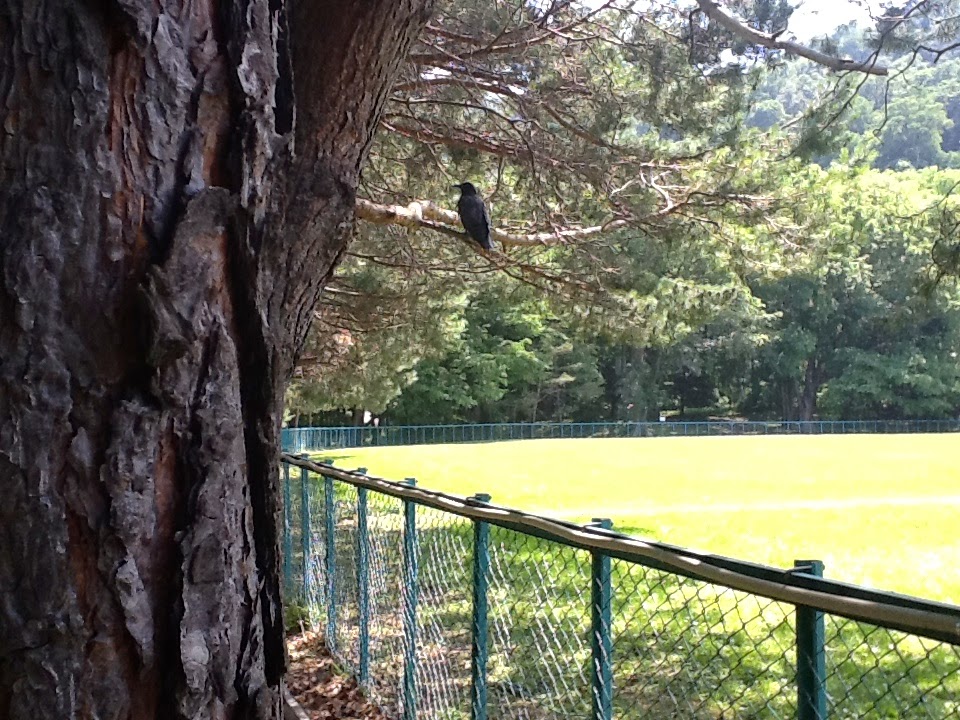 One Mile Later - Edge of the Park

Maruyama Park may seem like a tranquil place to take a relaxing walk in Sapporo, but be warned, looks can be deceiving.

Remember that picture I put up earlier of the spill-way running through the forest?

For Those of us with Short-Term Memory Loss

Pretty sure this is what it looks like at night:

Damn You Mirkwood!
(Picture Credit Below)

Thank God we went during the day!