My days of breaking and entering have waned in the recent years, but old habits die hard when presented with unique opportunities.  When one is traveling around in new countries one should always be quite wary of getting in trouble with the local police.  Sometimes risks are worth it, and this was one of those times.

My wife and I were walking around a suburb of Tokyo, visiting old temples, and sampling stores that sold specialty beans.  Yes, you read that correctly, beans.  They were delicious by the way.  They had a size that was pretty close to a lima bean, with a similar texture, but an array of flavors that would make Baskin-Robbins cry with shame, they were nothing short of delicious. 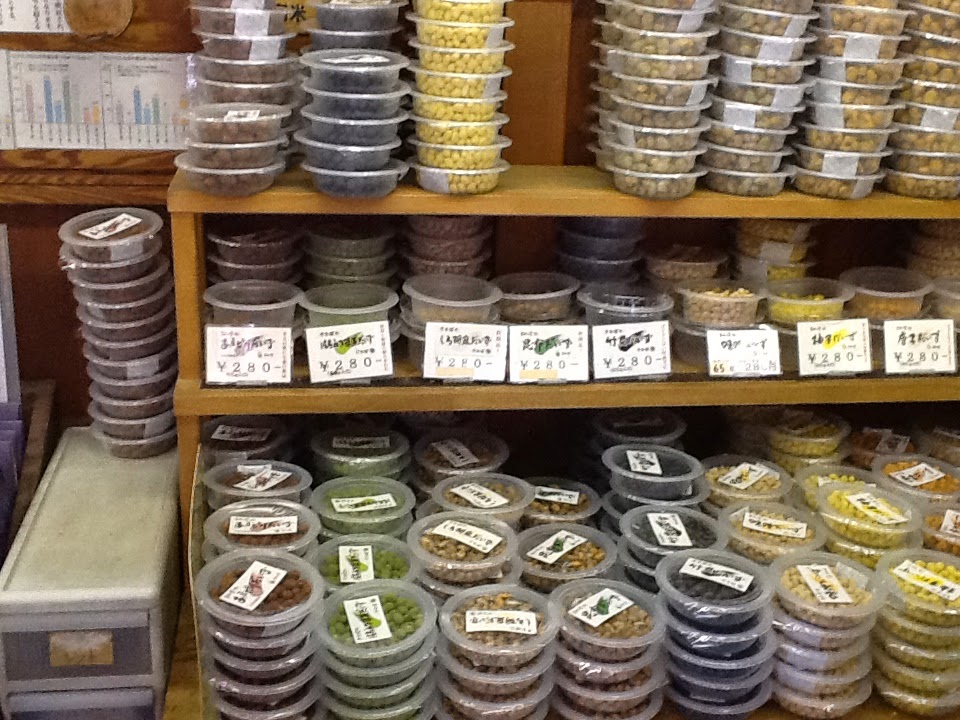 Japan is not just for expanding the diversity in your food intake, but also good for expanding your interaction with props in pictures of yourself.  Japan can help to take your "selfie" game to the next level.  While I realize that the next picture is not technically a "selfie," I think it should be lumped into that category just due to the sheer epic-ness of the picture.  Thanks Kawagoe! 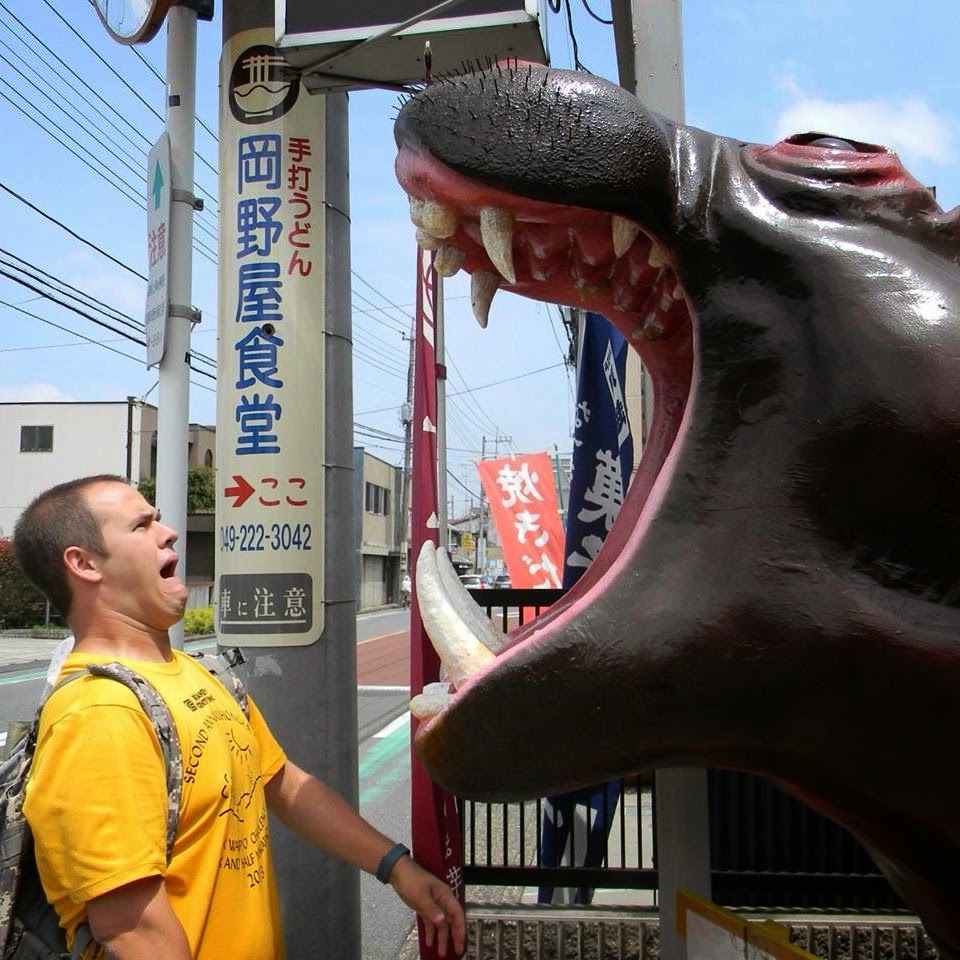 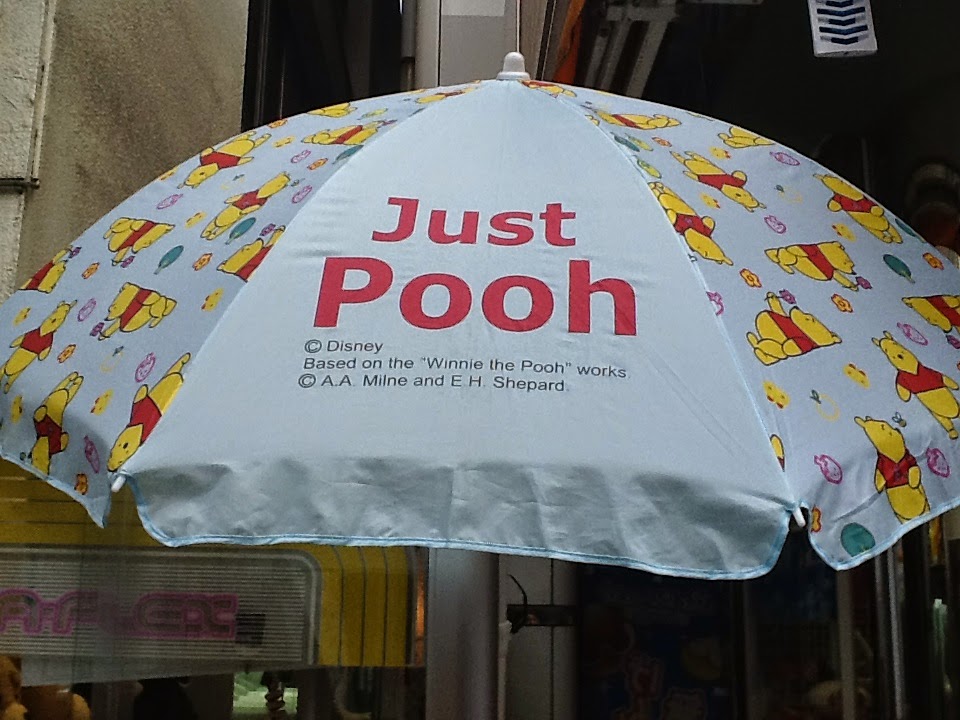 I Still Giggle About It

While I am sure that the umbrella makes sense on a Disney level, at my maturity level, it is irresistible.  Yes, on one level that umbrella does seem to just contain Winnie the Pooh, but come on!  Who thought this was a good idea?  This also leads into mannequins that we saw at many department stores.  At certain stores that were going for that "edgy" look, mannequins were given tattoos... in English.  Nothing says edgy American fashion like a mannequin with "friendship" or "cool" in a fake tattoo down one arm.  I guess this is no different than some of the "Asian" tattoos that many Americans sport.

Now, as to the potential for breaking and entering...

It is not every single day that you are walking around around a suburb of Tokyo, looking at various temples and shrines, when you see this beauty. 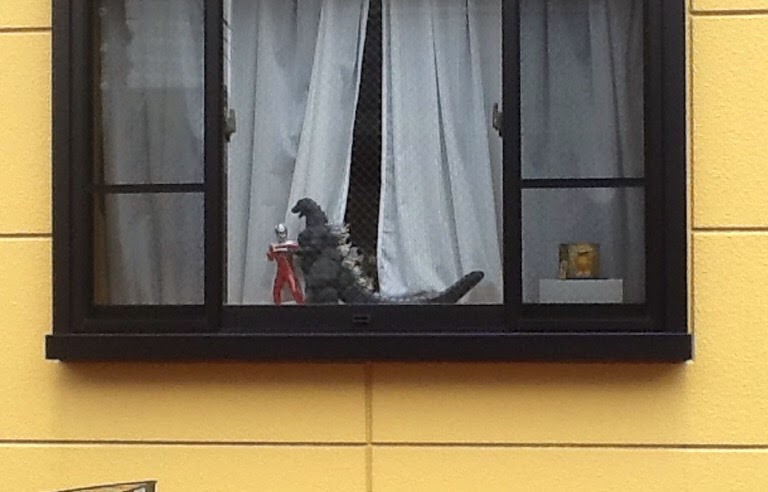 Over 50 years since his first sighting, he was back!  I just had to sneak into the yard, run up to the window and take a picture.  With the grace of Chris Farley in Beverly Hills Ninja, I escaped unseen.  I have since decided that I should be considered for a position in the paparazzi, as I have the ability to sneak up and take creepy photos that capture pure action.  Kikaida and Godzilla?  Illicit meeting?  I think that this photo should be sold to the National Enquirer.  I realize that this may not seem like much to the casual observer, but what are the odds of actually having a Godzilla sighting while you are in the town that he wrecked so very long ago? 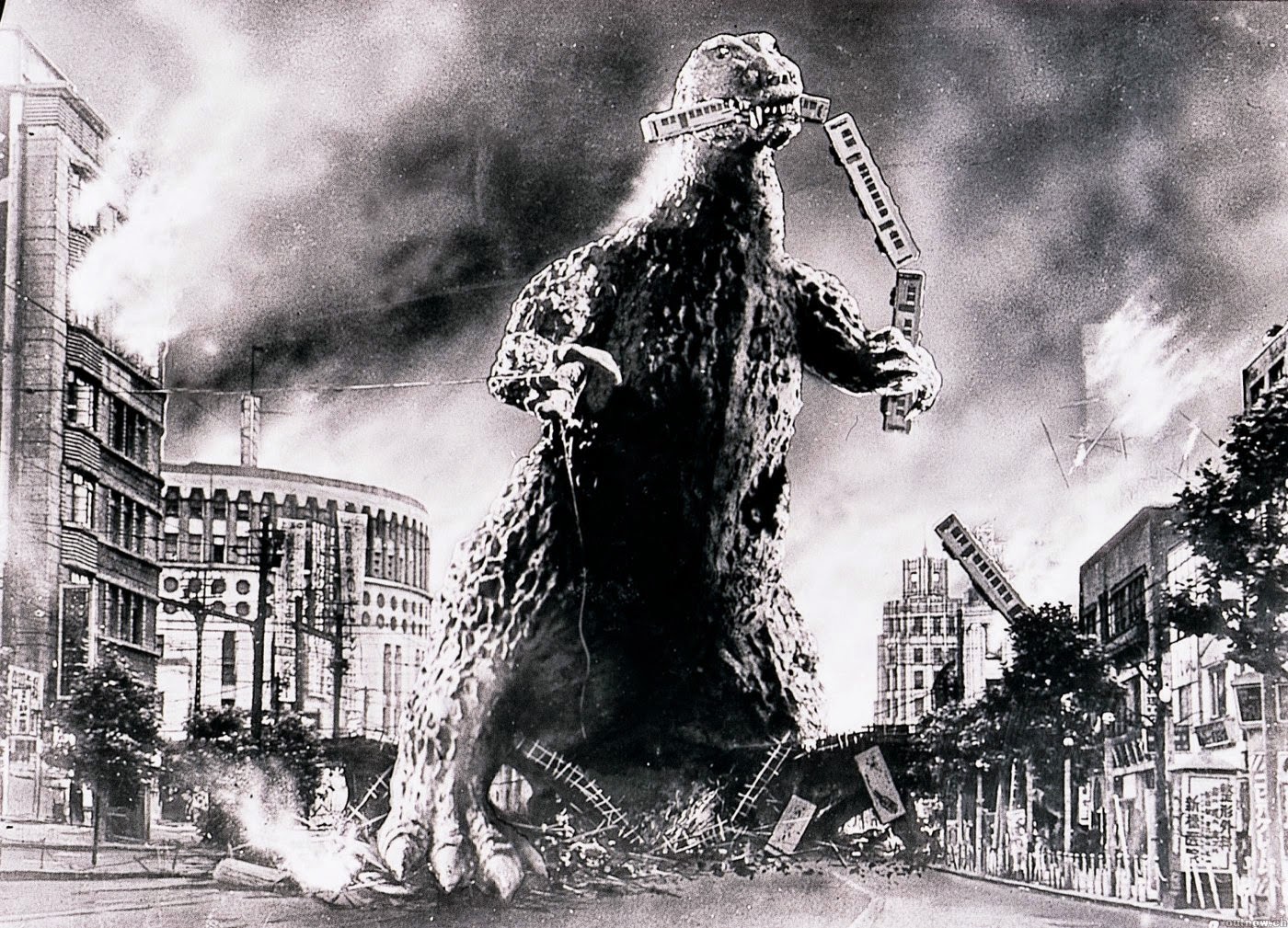