On Top of the World (Almost)

Standing at a whopping 634 meters (2080 feet), Tokyo Skytree dominates the skyline.  Based on some very quick and shoddy Wikipedia research, I have recently discovered that I was in the tallest tower in the world.  Not bad for an afternoon of wandering around a neighborhood in Tokyo if I do say so myself.

Upon arrival at Tokyo Skytree, you are immediately lost on the sheer immensity of the tower looming over you.  It is almost impossible to describe just how big the base support structure is as you walk through it desperately trying to find your way... to the location where you purchase a ticket for the elevator.  Up and down stairs, around corners, begging people to show you the way to the correct entrance.  It is almost impossible to find where you go to just purchase a ticket.  I remember walking around the base for about fifteen minutes until we just happened to hit the right set of escalators that took us to the line for the ticket counter.

About a half hour of interactive displays showing the progression of the downtown Skytree area from the past to current landscape greet you in the lobby, and you are offered the chance to pay for a ticket that will get you into an elevator, and take you up at a speed that should be borderline illegal to the observation deck.

After passing through a 1980's era metal detector that seems straight out of the Airplane movie series (complete with little bowl for your keys), you are able to go with about 20 other people into one of a few elevators that will take you up... fast.  Way to freakin' fast.  Your ears will pop.  You will arrive about three inches shorter than you started the trip.  You get to the top and they need to peel you off the floor.

The view is beyond comprehension. 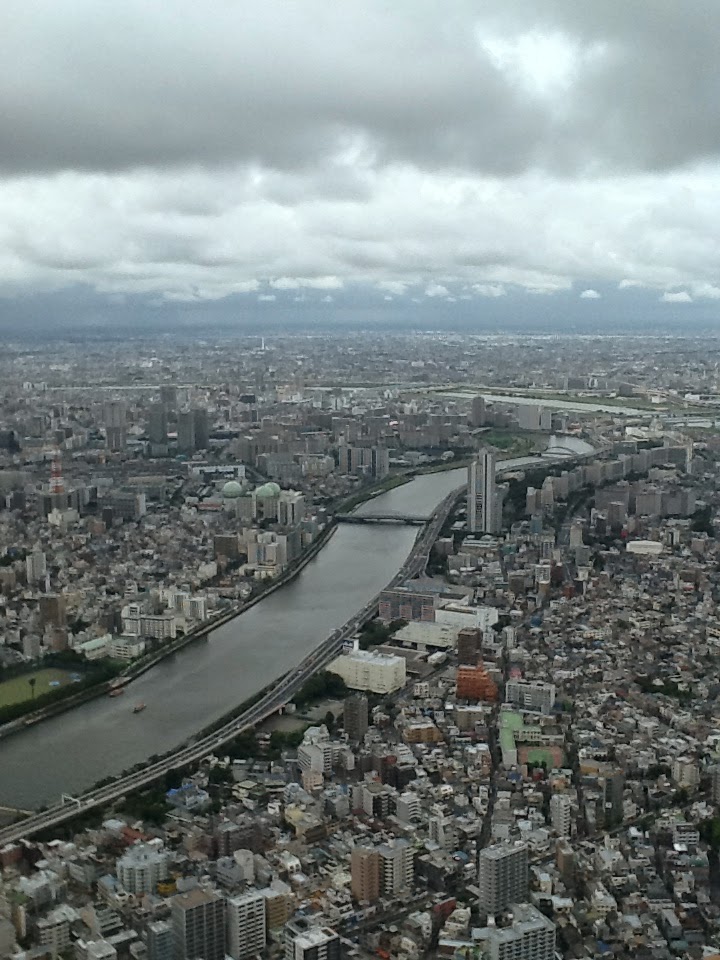 Sadly it was Cloudy

Those are towers in the picture below.  As in towers that were so tall that they block out the radio signals.  It is a concrete jungle, and for the brief amount of time that you are in the Skytree, you are not a part of it.  It is like playing a game of Sim City and you just are there as a casual observer watching your people go about their daily lives.  You are a God.

Then your mortality is tested.  Some asshole who built the building decided it would be funny to put a plexi-fucking-glass floor.  There is something seriously wrong with the sort of person who would think that a prank like that should go into the final design. 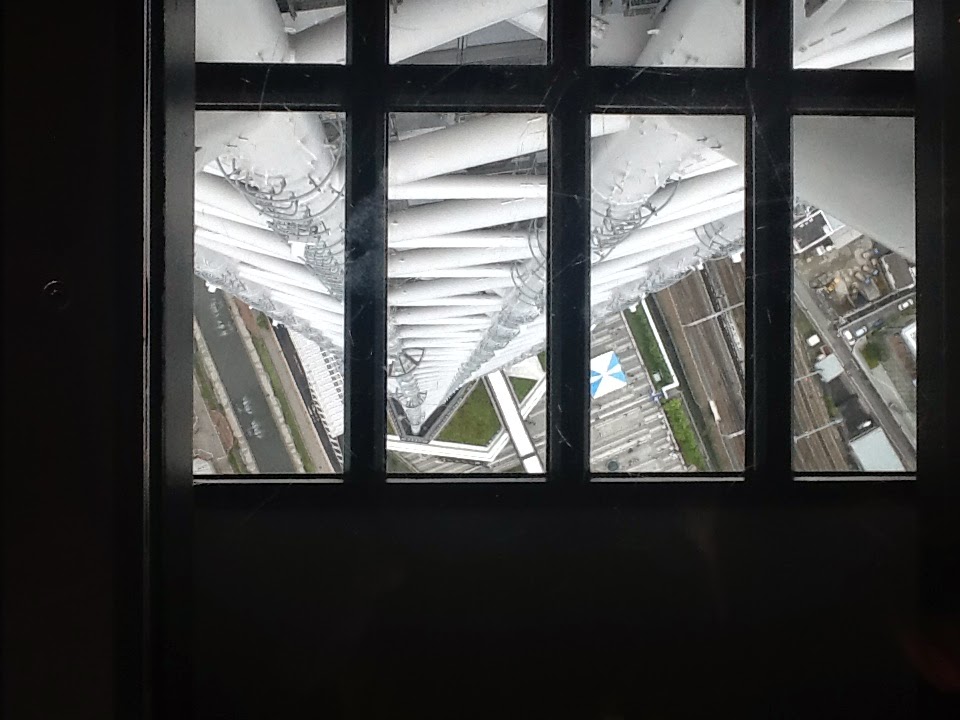 That is a Load of Crap!

It feels like you are in Game of Thrones or 300 and someone is going to come up behind you and kick you in some ignoble, yet amazingly slow motion gesture, to your doom.  I remember telling my wife that I was not scared of heights... yeah, screw that, I am terrified of heights.  I am beyond terrified, that plexi-glass could be rated for a million pounds, and I would not touch that with my little toe.

I finally worked up the courage to stand on it.  I walked out over the abyss and survived.  I stopped long enough to take a picture of my feet over nothing at about 1800 feet. 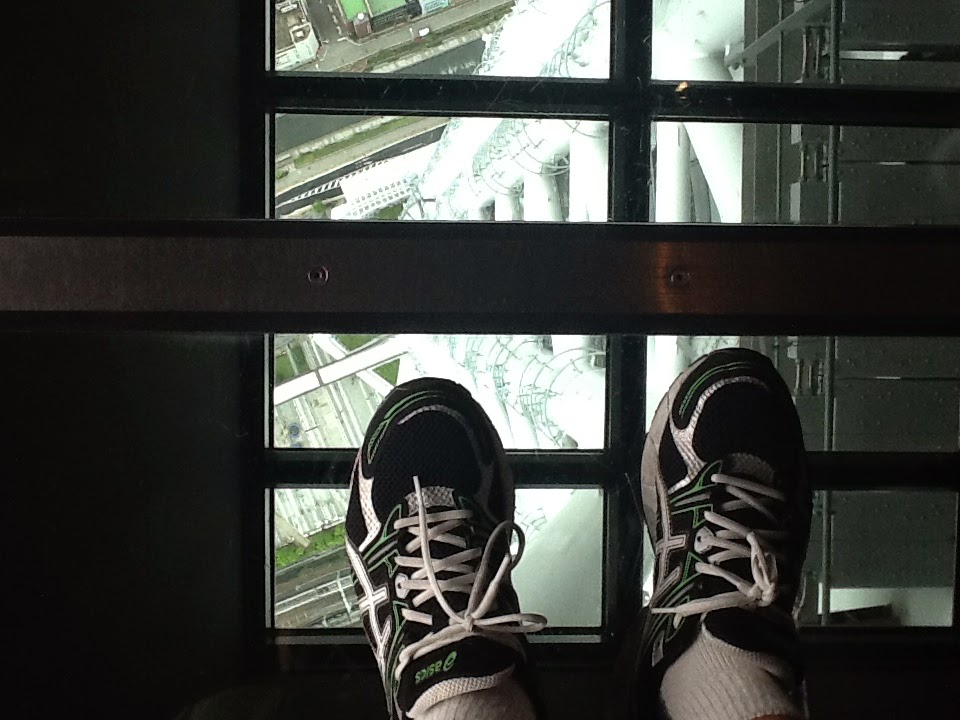 Taken Before I Peed Myself

At what I am going to guess is about 10 seconds to free-fall from that height, I am sure am glad the glass held.  I am sure that 10 seconds would give me quite the amount of time to think about what a dumb choice it was to stand on a damn piece of glass right before I became a part of the Tokyo pavement.

Yeah, Tokyo Skytree is amazing, but HELL NO!