Baseball in Japan should be considered a religious experience.  The game is a quintessential piece of Americana, but like many other "imported" phenomena, it has become a Japanese event.  While devouring Kentucky Fried Chicken and yakisoba, one can watch a game where teams are spurred on to victory by cheerleaders, and life size anime characters dancing on dugouts to time with various taiko groups in the stands.

I am not sure when it became a goal of mine to see a baseball game in Japan, but I am extremely glad that I was able to experience this ritual first-hand.  I am guessing I made the mistake of watching Mr. Baseball with Tom Selleck at some point in my childhood.

Also, there are girls that sprint up and down the stands with kegs of beer on their backs. 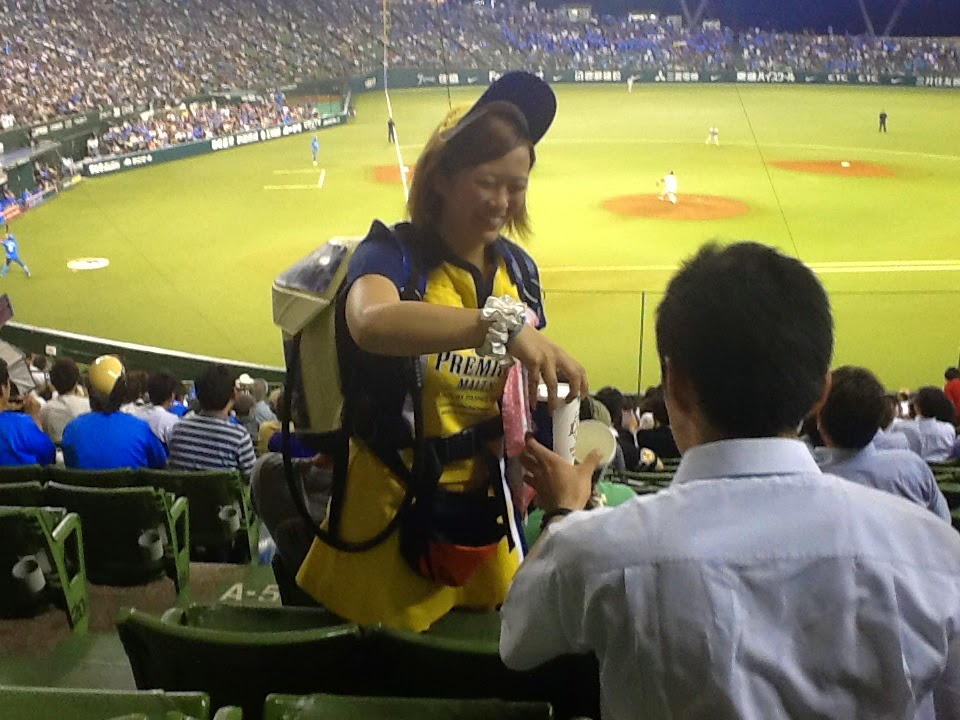 I was blown away, how on earth do they train for that?  These girls were the Olympians of bartenders.  It was like someone had created some form of Xena hybrid, strapped a pony keg to her back, and said "I want you to run stairs for the next three hours."

Come to think of it, I am pretty sure that they were just a new and improved form of Japanese robotics.  I know marathon runners who would have died after doing twenty minutes of what they did.  You would catch their eye and BAM! the race was on, beer in hand in a matter of minutes.

The game progressed as normal, but there seemed to be something off... I could not put my finger on quite what it was until I realized that it was missing the other piece of Americana - that of the drunk/angry fans.  Fans were respectful, almost to a scary level.  Both teams had a section in the outfield that was reserved for their respective taiko groups, playing ballads to lead their teams to victory.  There was no attempt to play louder than the other group, no beer cups being thrown in disgust at one-another, no jeering and heckling.  It was calm and orderly.  One group would finish their singing and playing, and then the other would pick up as soon as it was polite to do so.

Then came a home run! 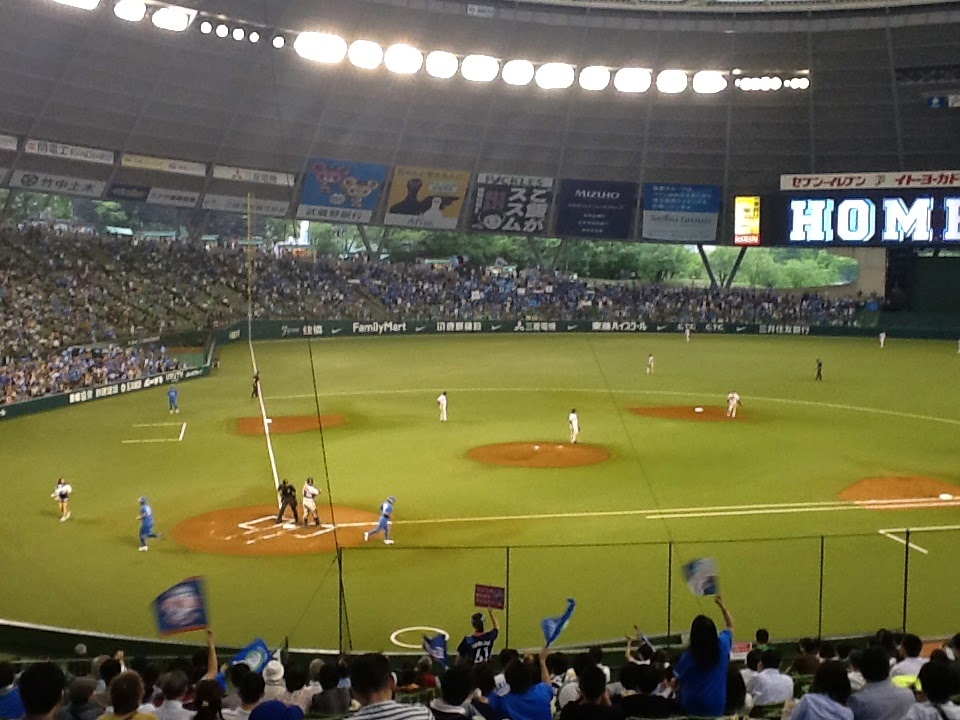 Just "Hom" in this Picture

This is when it gets wild.  Giant stuffed animals are brought to the field, cheerleaders are jumping up and down doing dances in unison on the dugouts, flowers are procured, and the batter is treated like a conquering hero.  Just the way it should be done.

Nothing says "way to go on that two-run hit" like a carnival sized stuffed animal.

Nothing is weirder than the seventh inning though.  Here I was expecting peanuts and cracker-jacks and people start pulling out what looks like... well... you should just see for yourself and be the judge of what they look like...

Quite the Musical Experience!

If your brain is anything like mine, those balloons sure looked odd, but I am pretty sure it was just to make them all shoot in the same direction and make that awesome whistling sound.  There were literally thousands of them going off around the stadium - and none of them were on the ground as we left.

Quite an Experience.  If you ever get a chance to see a game in Japan, regardless of if you are a fan or not, do it.  Where else do hot-dogs and yakisoba go together so well?  (Answer: Nowhere)