Flying fish in vending machines and large buildings that look like a turtle with a person riding on it... Must be in Japan
Nagasaki was our first full day in our recent Japan tour-de-force.  We decided to tackle way too many cities up and down the country via any means necessary.  With all the wonder and splendor that is Nagasaki, here is my measly attempt to do it justice.  We looked around in awe, took in many beautiful places, and left at the end of the day with such a introspective feeling that I have never been able to shake since. 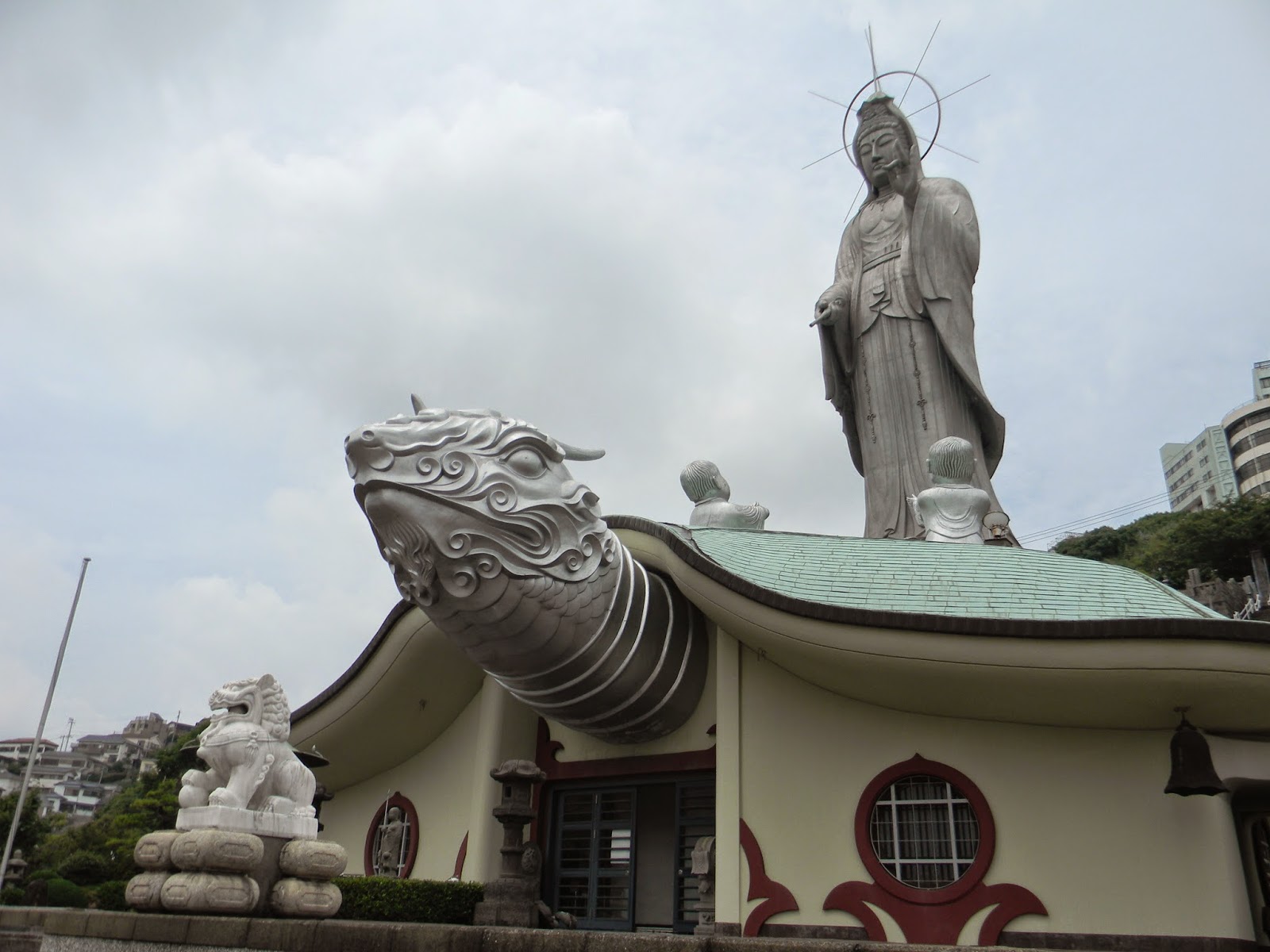 As Promised - Person Riding a Turtle 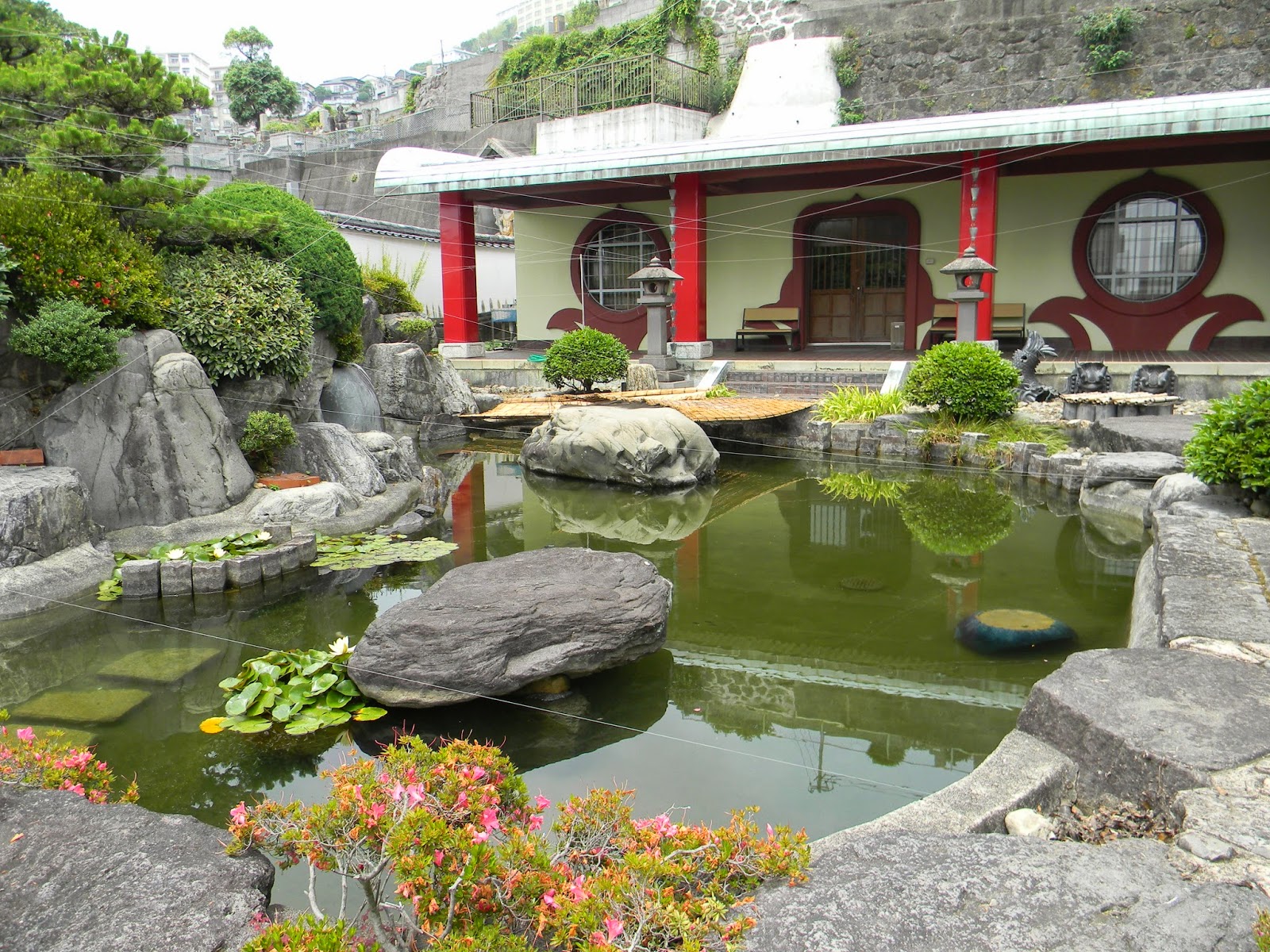 After leaving the train station, we saw this building off in the distance, way up a hill, and almost impossible to find a way to actually get near it due to winding streets and construction.  However, one never gives up when there are turtle buildings at stake.  Eventually we made it, and boy, this was an interesting first experience on my trip.  Never seen a building like this before, and most likely I won't ever again.  If you are ever in Nagasaki and have had an insatiable urge to see buildings in animal shapes, this is for you.  Check it out here.

After a bit more exploring we happened on this piece of genius.  Have you ever been wandering around, and wanted to have flying fish soup in a bottle?  Yes?  Well, then, this is for you. 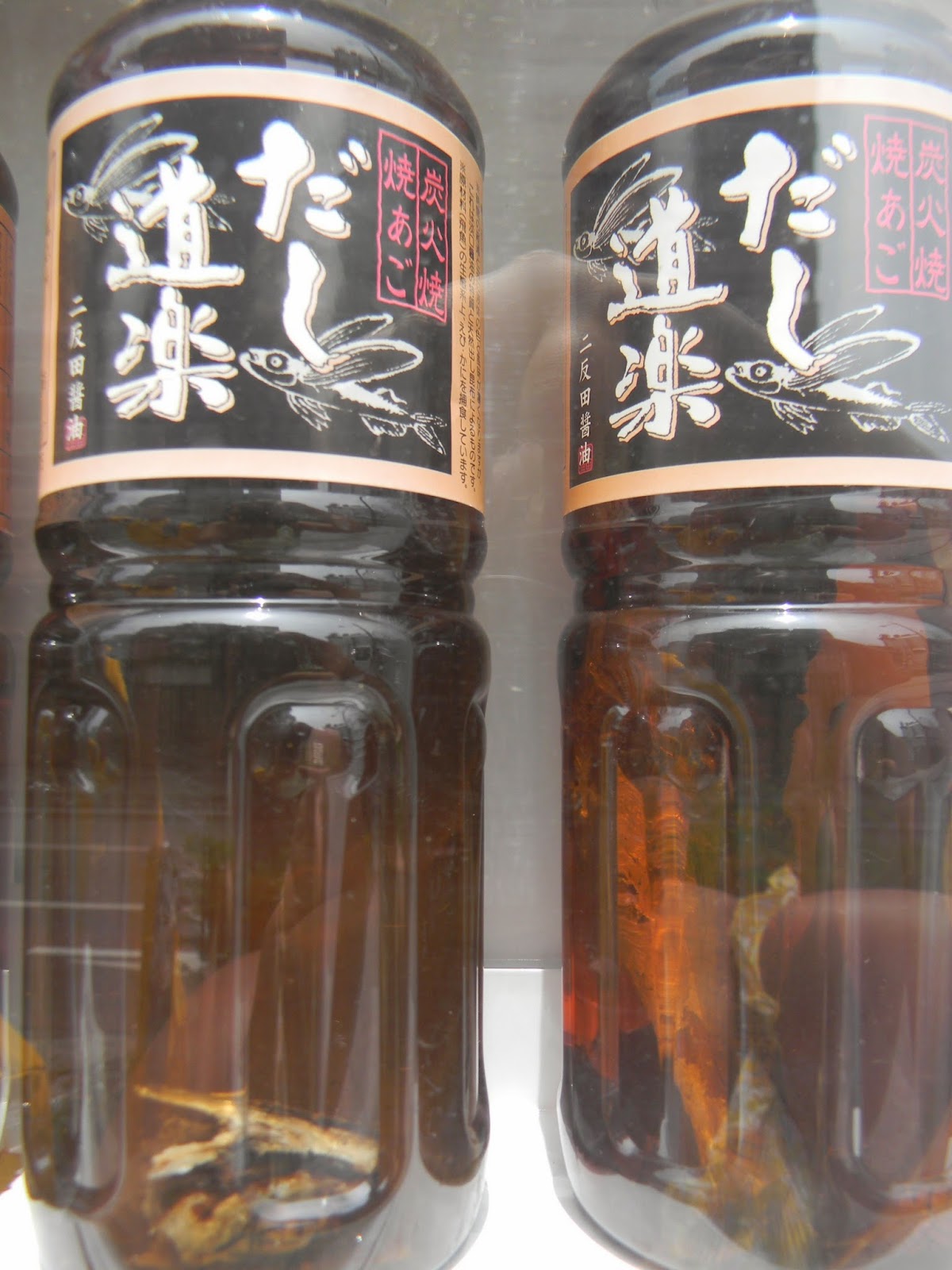 Bottles from the machine 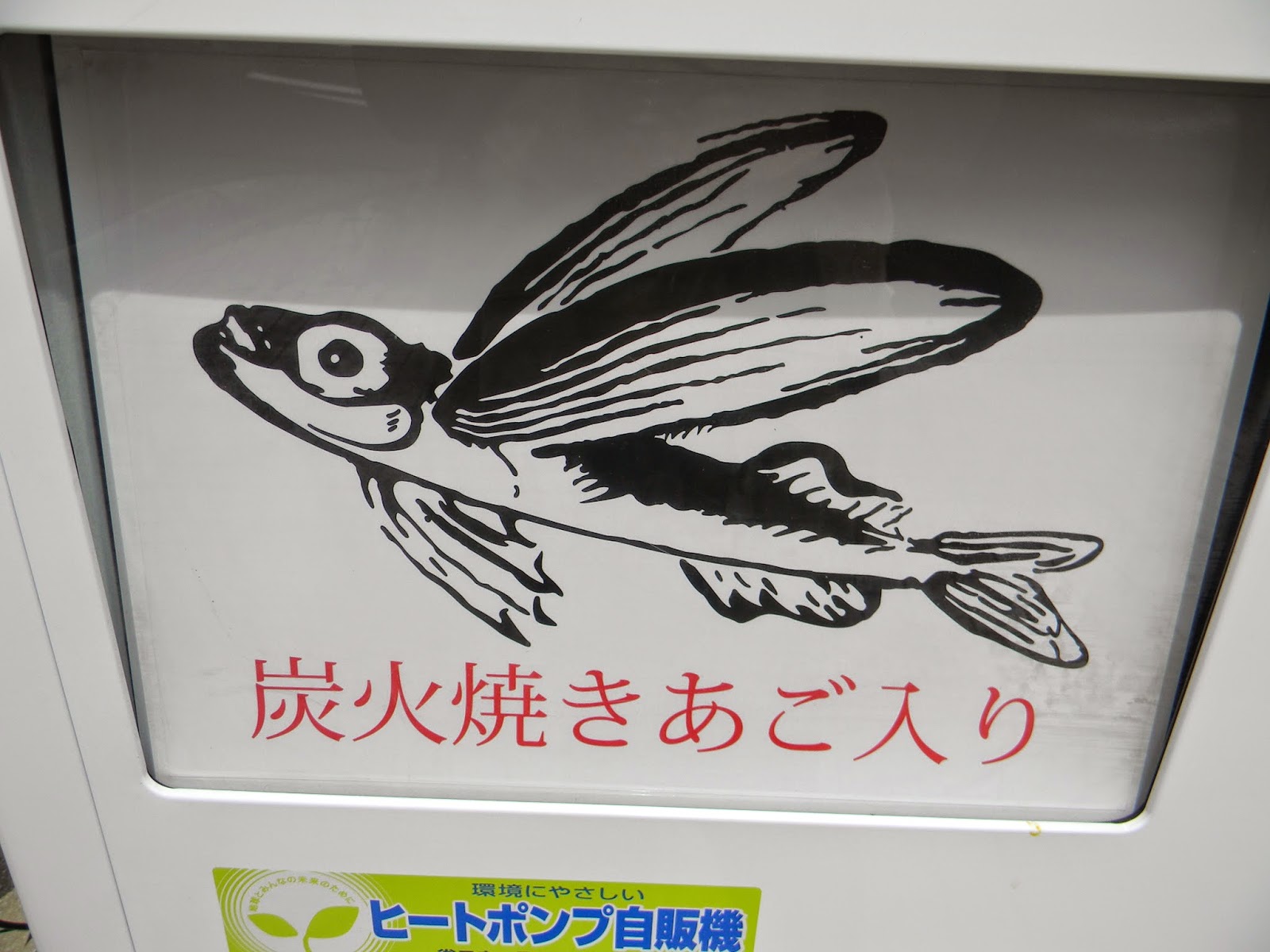 In Case You Forgot What You Were Buying

Now, the purpose of coming to Nagasaki was to see the Nagasaki Atomic Bomb Museum and Peace Memorial.  This would prove to be one of the most humbling and somber moments of the trip.  There is no way humanly possible to visit this museum and not be moved to tears.  I have seen many movies, read many books, and seen many photos of this time period - and I lost it. 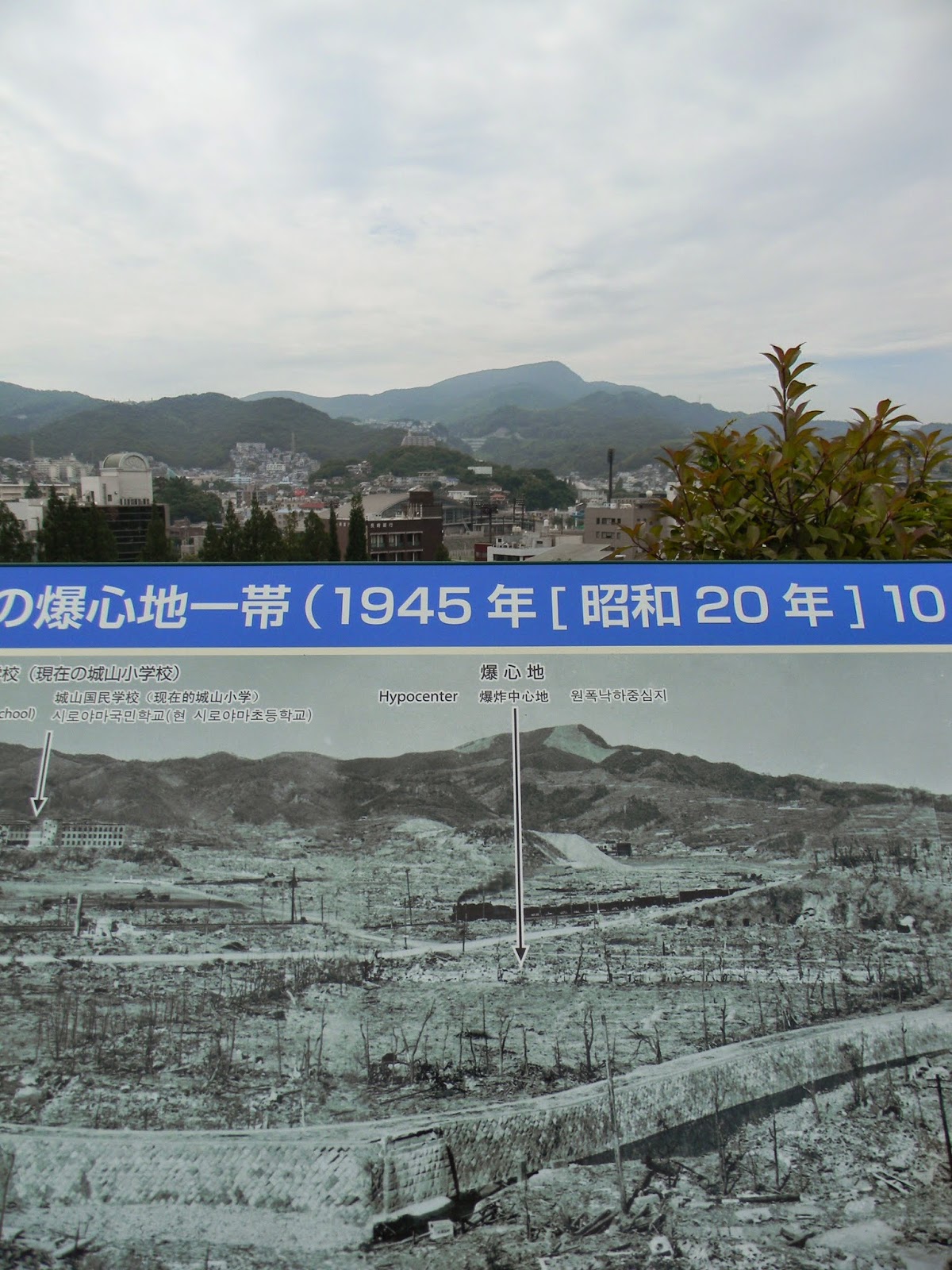 I stood there for what seemed like an hour, just looking at the sign above and lining it up with the hillside.  There is no way to understand the human cost of what happened at this place.  I have read all sorts of figures and heard arguments on both the pro and con side of using atomic weapons in warfare, but my position was forever changed in that moment.  Minutes before I had been talking to people on the street, asking directions, laughing about our lack of mutual understanding and now I was face-to-face with one of the most destructive forces ever conceived by humans.  Any writing that I can attempt to do to explain that moment would seem trivial and childish in comparison to the realization that I made. 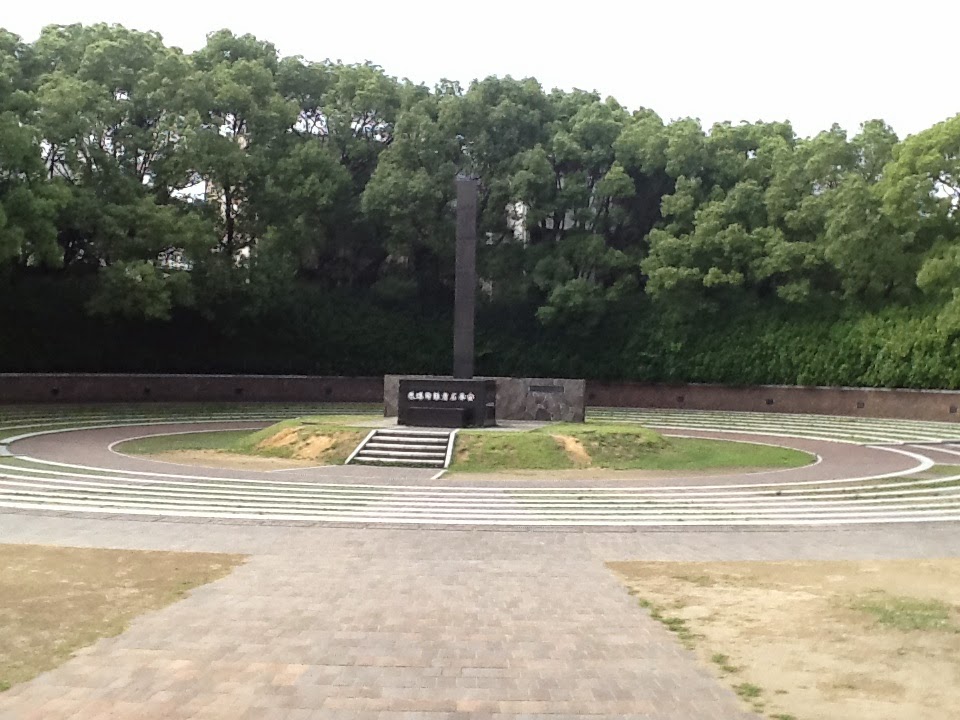 The location above refers to the "hyper-center" or the point above ground where the atomic bomb was detonated.  In this peaceful park there are concentric circles, alcoves with paper cranes and an overall feeling of calm.  It is almost too calm though.  In every other park we were at in Japan, there were school kids walking around, tourists talking, people playing - everyone being human.  Enjoying life.

This park was devoid of that.

Yes, it was peaceful.  Yes, it was a place of remembrance, but it was harrowing.  I will never forget that feeling walking through there, knowing what had happened, and feeling amazed at just how callous we have become towards extreme violence in our society.  We talk about bombing people as though it means nothing and never bring a human element to war.  Yes, we were at war, and tragedies happen, but if any lesson can be learned from visiting places like this, it is that war and violence must be avoided at all costs.  National pride is dangerous and blind hatred is our worst enemy.

To anyone who shouts that we should ever go to war again, visit places where atrocities such as this have happened - you won't go unchanged.

The walk back to the train station was quiet.  We were not in the mood to do much of anything once we got there.  Thankfully our car was empty and we had some very nice chairs in which to reflect.