Piula Cave - How my last living picture was not very flattering. 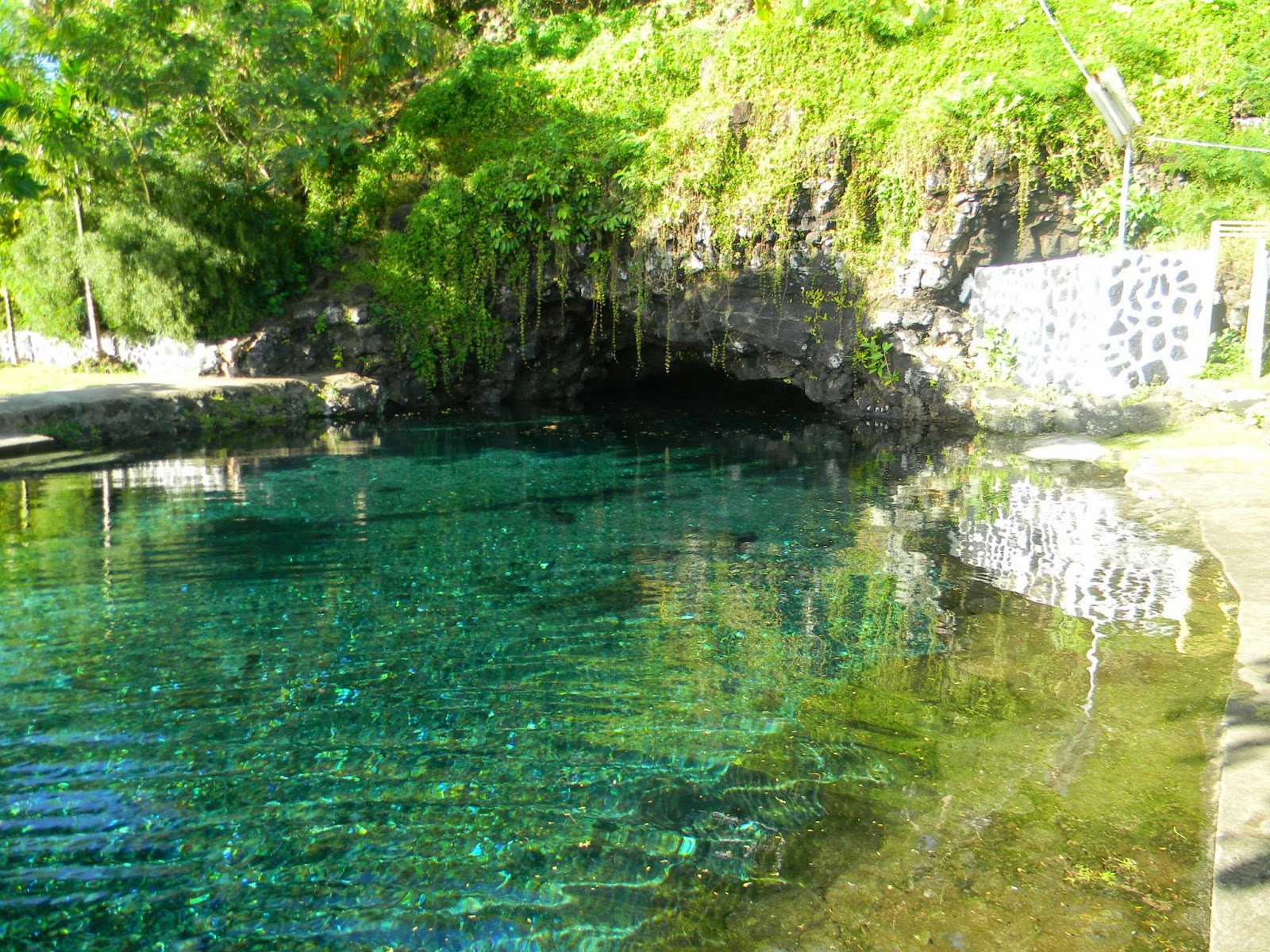 Piula Cave is beautiful.  Like many beautiful things its beauty is only skin deep.  Peel back that lovely veneer of tranquil turquoise water and oddly out of place tilapia, and it is a scene out of Peter Pan (Disney Version).  The water is rising, the ceiling is getting lower, there is no light, and you are not going to get out the way you came in.

It starts out all nice and pretty.  Manicured lawns, some mention of religious stuff... this sign: 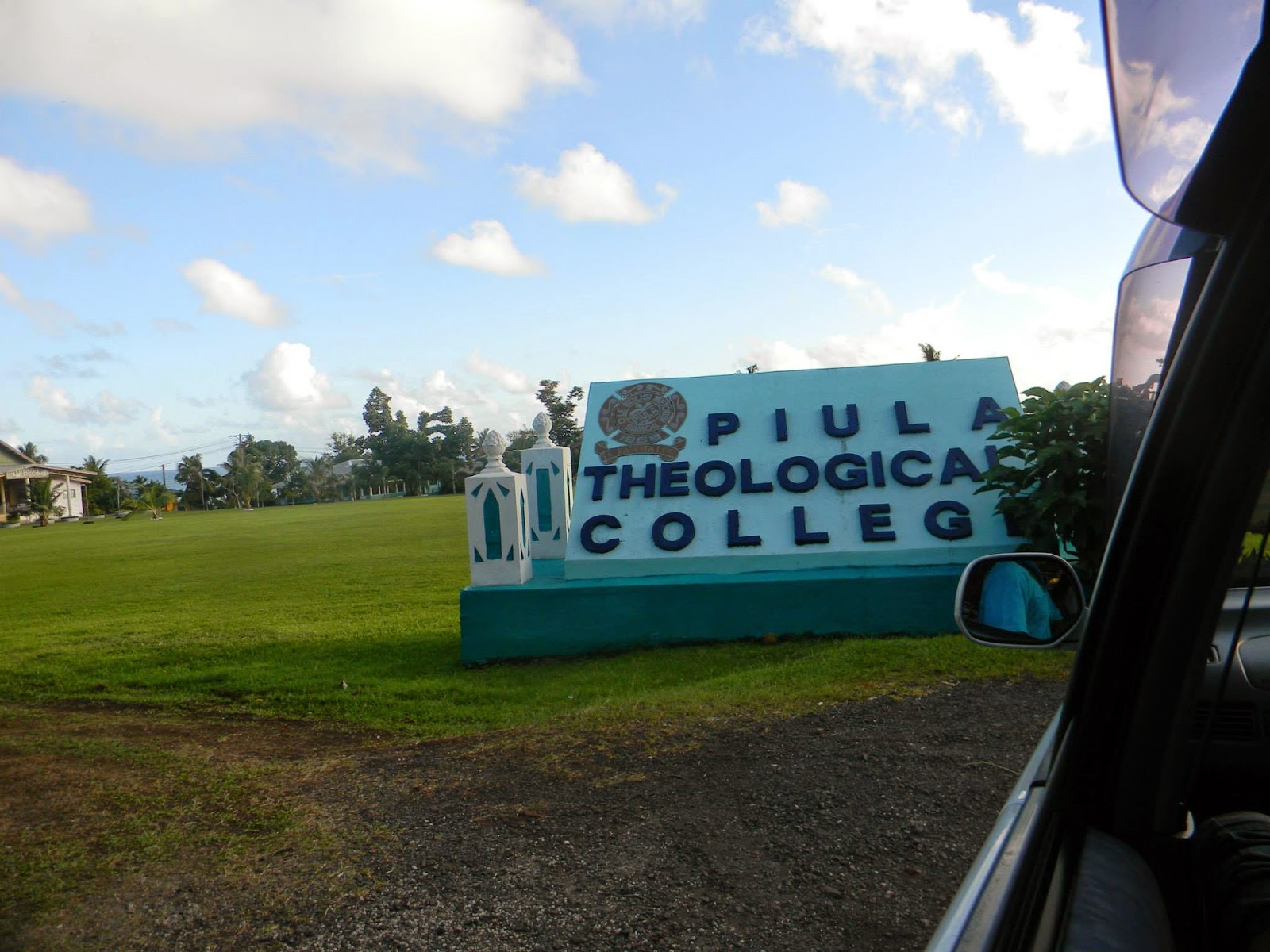 You got this.  So far, no big deal.  You have driven past signs before.  If you are like me, it might not be a church sign, but that is another story for another day.

Stairs come next.  If you saw my earlier post then you know it could be worse than some stairs. 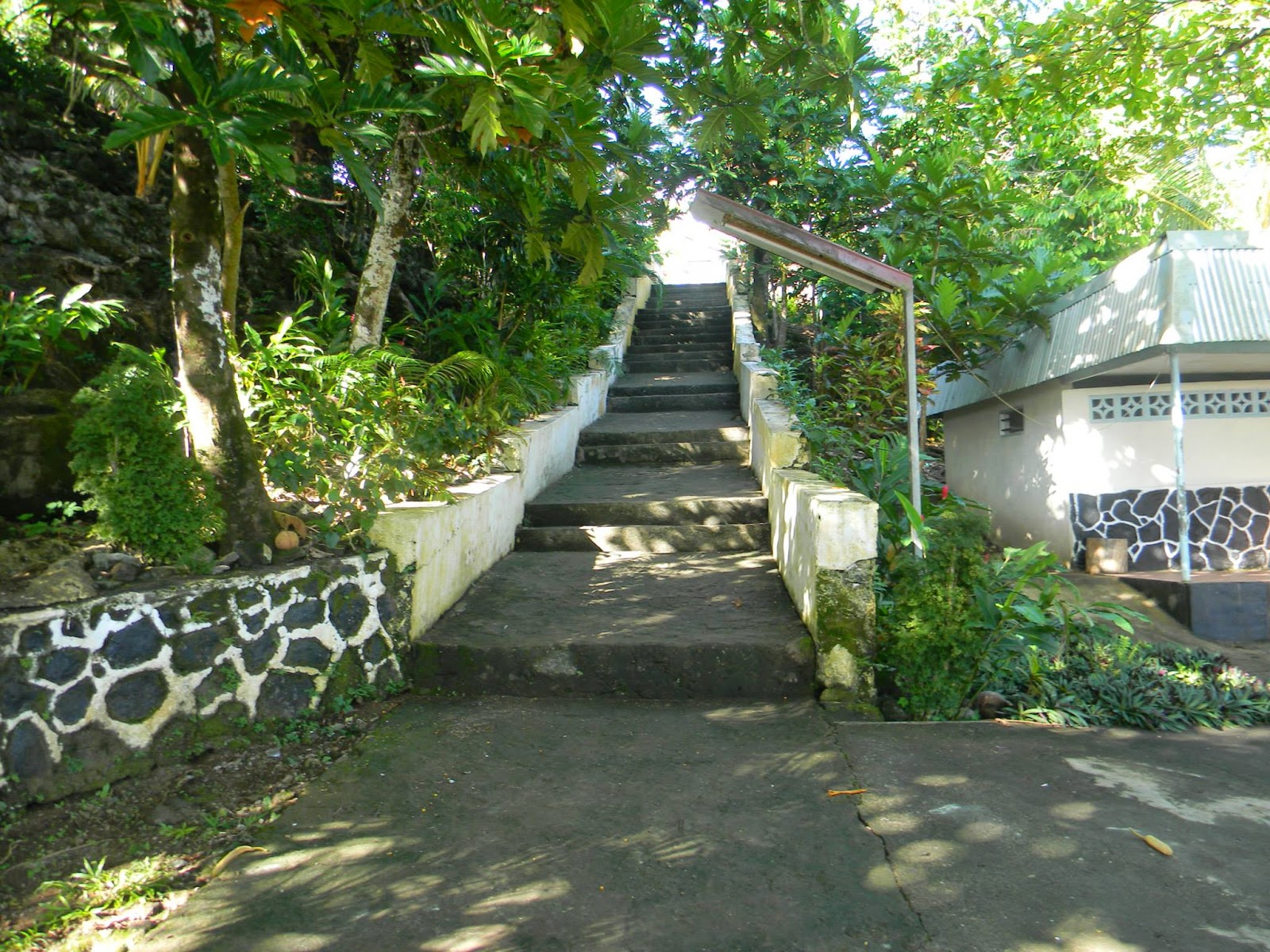 So you finally come to the point where you see that first picture.  It is beautiful.  Water is cold.  Cute little fish swimming around.  Gaping maw into a cliff side.  No one else around. No lifeguard on duty.  No lights.

What the hell.  Gotta die somewhere.

You go about twenty feet in and this is all you can see. 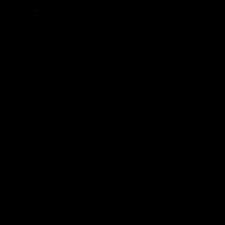 No, that is not a picture from inside.  It is just a black square, but I am sure you get my drift.  You are swimming, not touching the unseen bottom.  Not able to stop from smacking your head on the rocks that are about six inches above the surface of the water, and too dumb or prideful to turn around.  It is like playing a game of Marco Polo, except in the deep end, at night, with sharp objects hitting your head, while kicking equally sharp objects, unknown swimming things bumping into you, and no one else is there to see if you drown.

We finally spot a speck of light in a tunnel that is about 8 feet down and seems to come from nowhere.

Too proud to turn around (where no one will see us exit, since again, there is no one here to notice the death of two idiotic tourists), we take what feels like a half hour, but was probably only 5 minutes and dive through it.  Yeah, it only goes about 8 feet until you can feel your way to the surface on the other side.  We did not die.  But... for about 10 minutes there, it was touch-and-go.

Perhaps in retrospect we should have turned around and not gone into the abyss in hopes that there was light on the other side, but perhaps it was a great learning opportunity.  There must be a lesson somewhere in all this.

Then again, we could just be idiots.

This was almost the last picture taken of us.  First is my wife taking the obligatory selfie: 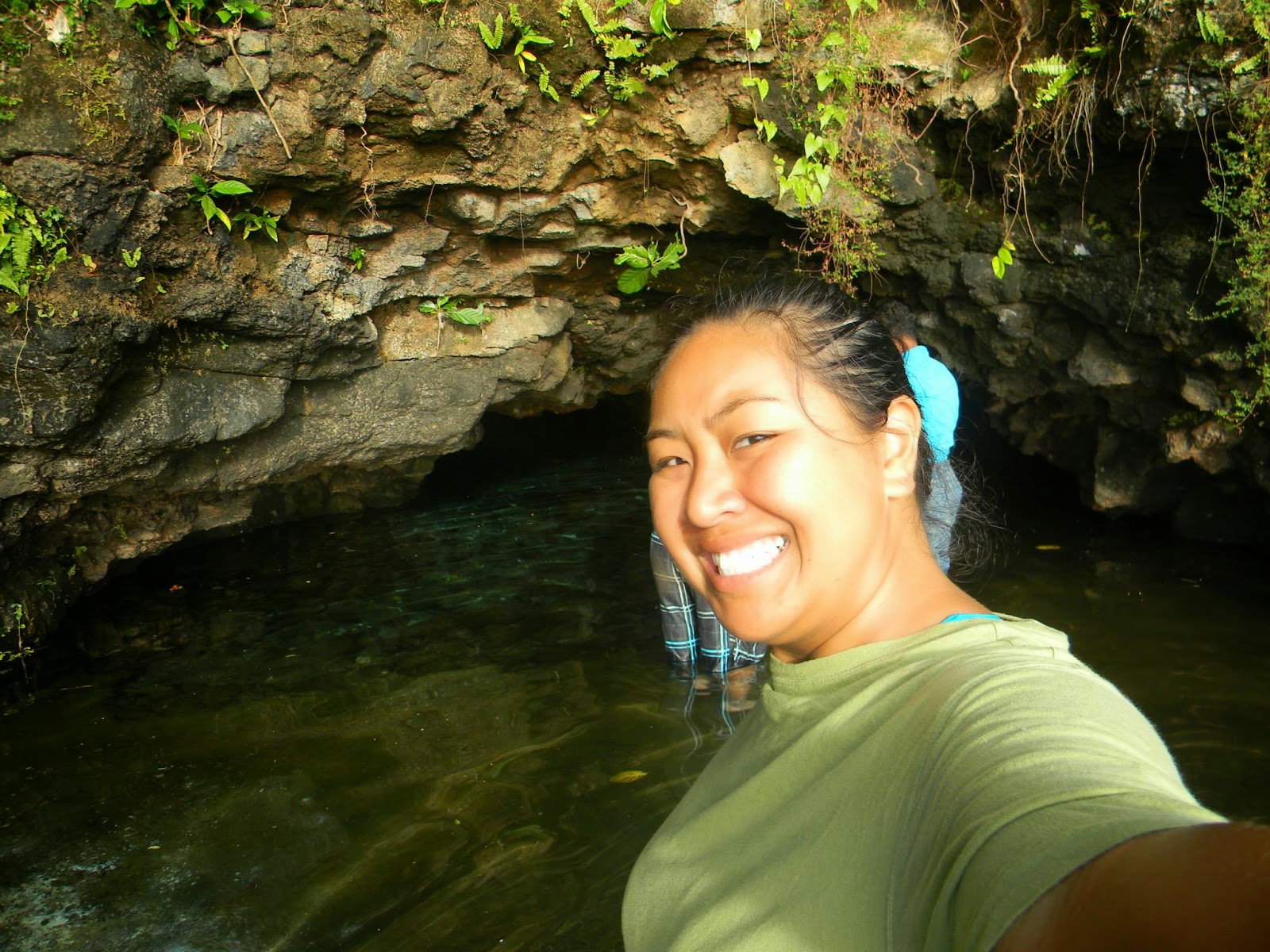 The second is me with a friend of ours who showed us the way down and then left to go wait near the car which was parked about a half-mile away under a nice shady tree that would be perfect for a nap. 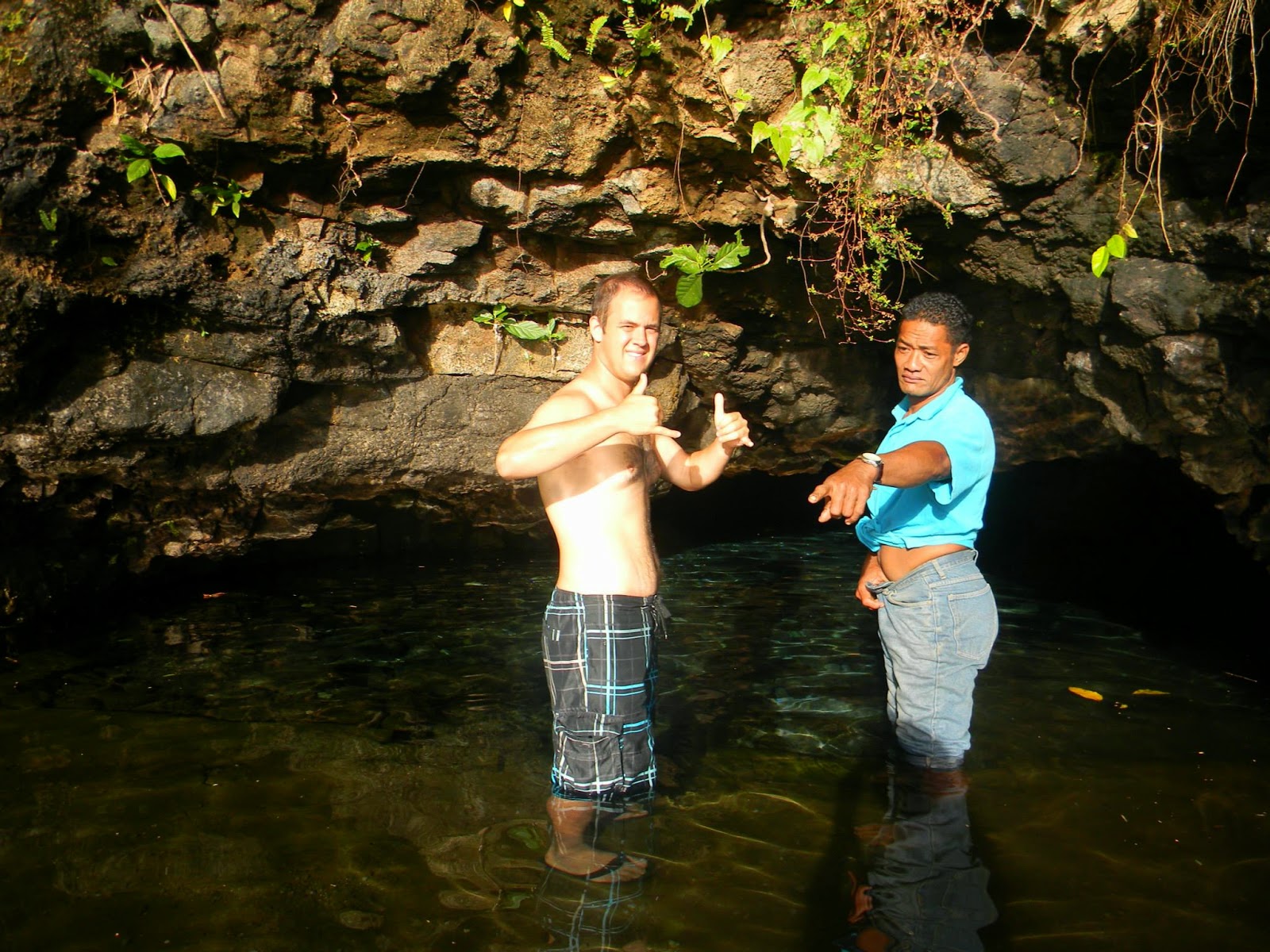 This picture could have been my last.  What on earth was I thinking?  Double Shakas?  No shirt?  This would have been the picture that was featured in the newspaper next to a headline of Tourist Found Dead: Tacky Swimsuit and Pasty White Skin Spotted Two Days Later.

Make every picture you take obituary worthy.  Don't take pictures like this.  It is not worth it.  Shame on me.

If I had my way, I would add another line to that sign for the cave

Thankfully our pride got us to the other side...  Maybe we won't be as lucky next time?